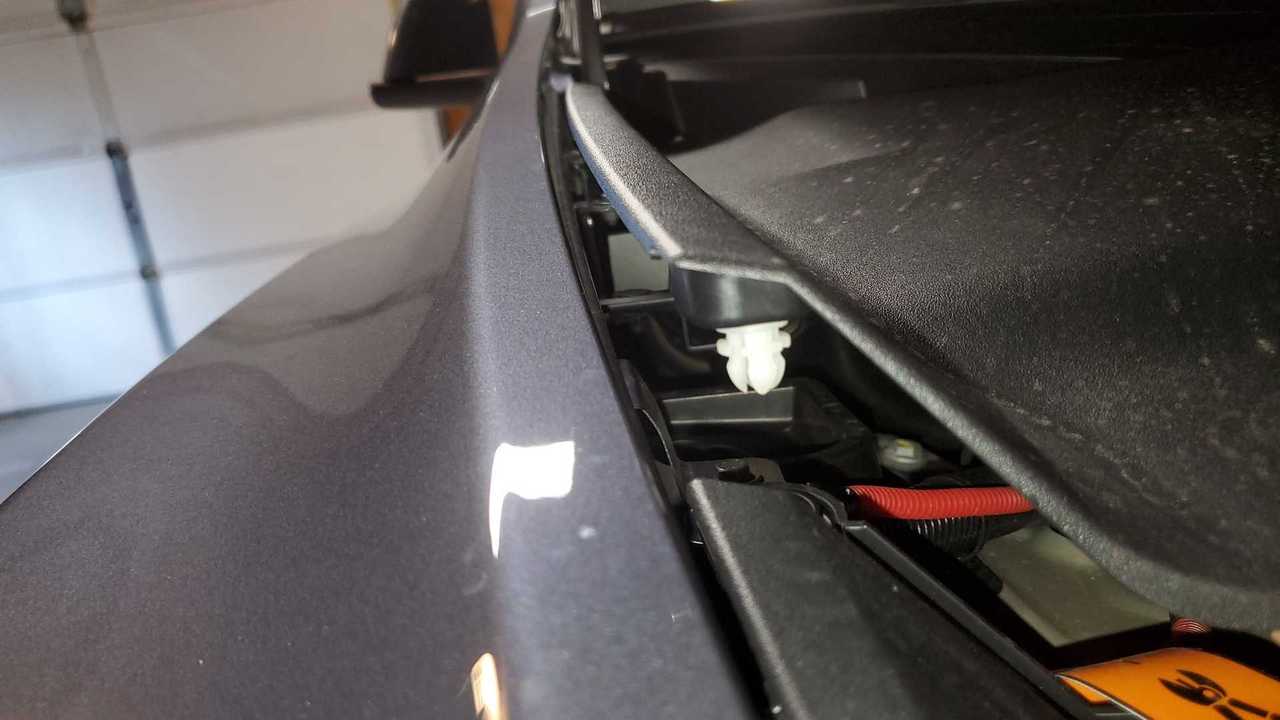 Whenever we can, we warn our readers about something engineers know for a long time: being the first to have any product implies you are almost part of the testing team. Problems and manufacturing issues will inevitably show up whoever is in charge of production. That is especially true with cars, and the Tesla Model Y is a representative example. After Sandy Munro bought two units and both presented a cowl cover trouble, we asked our readers if they had noticed the same in their Model Ys. So far, five confirmed their cars also show the issue.

The first to get in touch with us was Sami Hyvonen.

“I checked the cowl cover as per your article suggestion. The right side of the cover ‘top’ (the edge close to the windshield) was loose, while the ‘bottom’ (closer to the front of the car) was attached and tight.

The left side of the cover was loose both at the ‘top’ and at the ‘bottom.’ I think some brackets might be broken or missing. That said, I don't have any trouble closing the frunk.”

Sandy Munro Gets A Second Tesla Model Y: It Has Cowl Cover Issues Too
⠀

Both Hyvonen and Andre Skalina sent us pictures of the cowl covers in their cars to show what they look like. Skalina also checked his electric CUV after reading our article, and his car is among the first 3,000 units produced.

Three other readers just mentioned their cars were also affected. We asked them for pictures as well, but they have not sent them until now. We’ll add them in case they do.

MatF was not lucky to skip the frunk closing problem Sandy Munro also had.

“Mine also had the problem: a couple of black clips were broken and it was missing a white tree clip. The frunk seemed skewed when closed.”

MatF already asked Tesla to solve this and other issues his car had, but it is probably still at the Service Center. That may explain why he could not send us the pictures, but he said, “the frunk seems to close more evenly now.”

Reginald Frazier did not take his Model Y to the Service Center yet, but he already has an appointment for May 7, 2020.

“After reading your article, I also have experienced an issue with the cowl cover. The driver side seems fine but the passenger side is either broken or inserted wrong. I have tried to work with it but didn't want to break it. I have an appointment on Thursday for a TPMS failure and will have them take a look at it then. Thanks!”

Sam Givens was the only one to tell us which Model Y he has: a Long Range.

“The clip near the driver’s side isn’t connected and won’t clip in. The cowl cover is just loose on that side. Other clips are attached but seem quite flimsy.”

We have contacted Tesla to ask if the company knew about the issue. Workers at the assembly line usually warn their bosses if anything strange happens. In case it did, what it plans to do to fix the problem and to avoid future units of the Model Y present this defect. We’ll update the article if Tesla responds.

As for our readers, please keep telling us about any troubles you find in your EVs. It does not matter if they are from Tesla or another company: you can contact us by email, through our Facebook page or Twitter.

By warning the companies about these situations as soon as they appear, we both ensure they will be quickly addressed and that people interested in these cars know what to inspect, as we have done with buyer’s guides for the Tesla Model 3 and the Tesla Model Y already. Your help is precious in the effort to make EVs the best cars in the world in all regards.