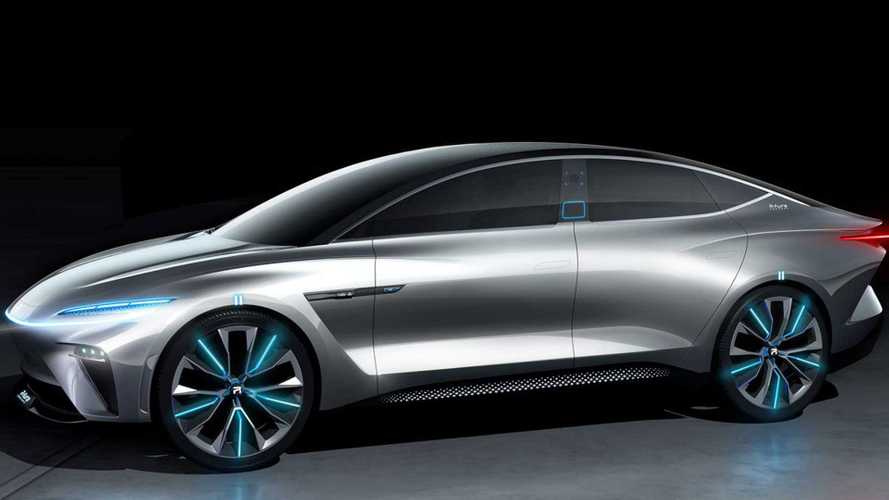 It’s an electric vehicle study, the first from Roewe’s new ‘R’ EV sub-brand and we hope it spawns a production model.

Check out this good looking electric sedan concept from China - i’s called the R-Aura Concept and it’s a study that possibly previews the first EV from Roewe’s new dedicated electric car sub-brand that’s simply called ‘R.’ Roewe itself is a sub-brand of SAIC (which also owns MG) and its name is actually just the Chinese pronunciation of Rover (the brand’s logo is also remarkably similar to Rover’s too).

Now that you have some context, let’s look at the R-Aura concept a bit closer. The thing that obviously strikes you at first glance is its design. It’s a really good looking, well proportioned sporty sedan. It also has plenty of very cool design tricks too: the crease along its front and rear flanks, the sculptural looking doors that appear to have some compound curves in there and finally the rear end.

It has to be said it’s one of the prettier sedan rear ends in recent memory. Aside from the bold fastback-like roofline that tapers towards the rear, the car also features very cool rear light clusters too. They are made up of protruding LED blades that add a bit of extra drama to the back of the vehicle.

Specs-wise, we don’t have any information on it yet (other than the fact that it’s electric), but it will be revealed and detailed on May 10 when we hope to learn more about it (and whether or not SAIC intends to make a production version based on it).