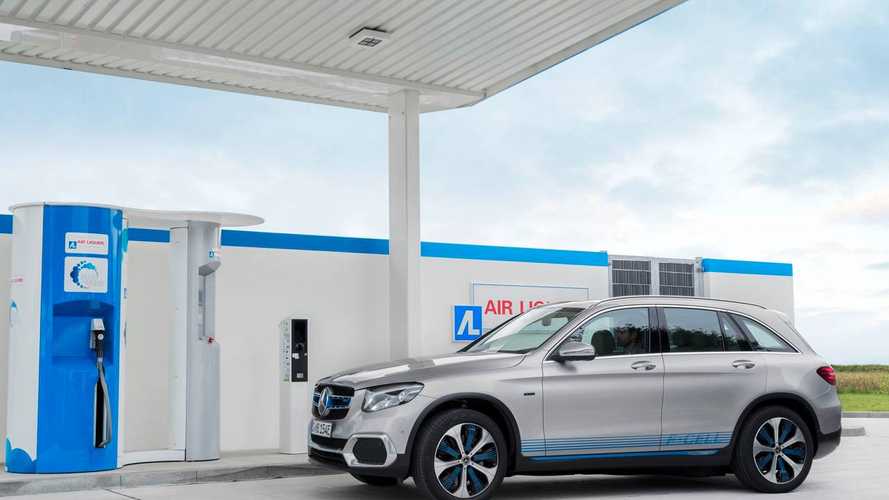 And there are no plans to launch any new passenger FCVs in the near future.

Mercedes-Benz has reportedly pulled the plug on the hydrogen fuel cell version of its GLC, called the GLC F-Cell. Back in 2017, the manufacturer announced the FCV’s arrival with great aplomb, first vehicles were handed over to certain customers in October 2019 and it officially became available for order in the spring of 2019.

Some examples were sold to Germany’s National Organization Hydrogen (NOW) and H2 Mobility, as well as several regional ministries and the German railway service, Deutsche Bahn. The goal was for it to be leased to people living in cities where hydrogen fueling station infrastructure was more developed, such as Berlin, Hamburg, Frankfurt, Stuttgart, Munich, Cologne and Düsseldorf; they also planned to launch it in Japan.

Its quoted range, with its 4.4 kg hydrogen tank full was 478 km (297 miles) and its 13.5 kWh battery pack granted it a range of up to 50 km (31 miles) on one charge. The hydrogen tanks were placed in the central tunnel running the length of the car, since there was no need for a prop shaft to send power to the rear wheels.

This announcement comes just one day after Daimler Trucks announced it was joining forces with the Volvo Group to jointly develop hydrogen fuel cell heavy-duty vehicles designed for long-haul operation. In other words, Daimler (Mercedes’ parent company) will put its plans for FCV passenger vehicles on hold for the foreseeable future and invest more into making this means of propulsion better for trucks and busses.