BMW i7 Is Coming To Fight The Mercedes-Benz EQS 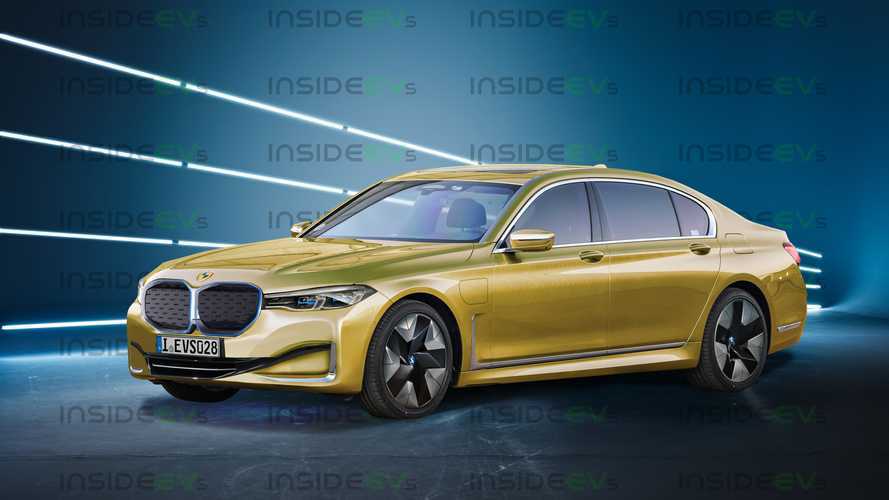 If you thought the 7 Series’ humongous grille looked ridiculous, wait ‘till you see it blanked out in our exclusive rendering

BMW is going all in on EVs, with plans to at least offer an all-electric variant of its core models within the next few years. And apparently it plans to also make an all-electric version of its 7 Series flagship sedan, a model which will probably be called the i7; it will be different to the rest of the 7 Series range in the same way the iX3 is different from the X3.

Rumors have been floating around since early 2019, but now BMW Blog says the Bavarian manufacturer has officially confirmed an i7, during a press conference held in its hometown of Munich. From what we understand, it won’t be based on the current 7 Series model, but the next incarnation of the large luxury sedan.

This electric 7 Series will be part of a range that will ditch V8 and V12 power plants, in favor of smaller engines aided by electrification. The company’s strong B58 six-cylinder will provide the motivation for most of them, even the top tier 760i model that is currently motivated by a big twelve-cylinder.

BMW 7 Series Electric Rumored To Have At Least 650 Horsepower
⠀

BMW To Keep Its Kidney Grille Alive In EV Era

Regarding the i7, there will apparently be (at least) two variants. One will draw juice from an 80 kWh battery pack while another will have an even bigger 120 kWh pack; this should take it up to 600 km (385 miles) on a single charge, and there’s a good change it will only be offered in the long-wheelbase model in order to actually have enough room for the pack to fit.

So even if it won’t be based on the current 7 Series, I still went ahead and tried to imagine what an i7 might look like based on the model on sale now. I proceeded to blank out its gigantic grille and give it a not very sporty looking front bumper with minimal openings. Next I swapped its rims for the ones from the iX3 and gave it a charge port on the front left fender; the logo on the hood was also swapped for the new BMW logo.

The next 7 Series is set to debut in 2022 and by that time there Mercedes will have launched its EQS flagship EV sedan; the i7 will have its work cut out, surely, especially since the EQS is showing a lot of promise already and development work on it is its more advanced stages. The i7 will also face off against the upcoming all-electric Jaguar XJ which should debut in 2021.