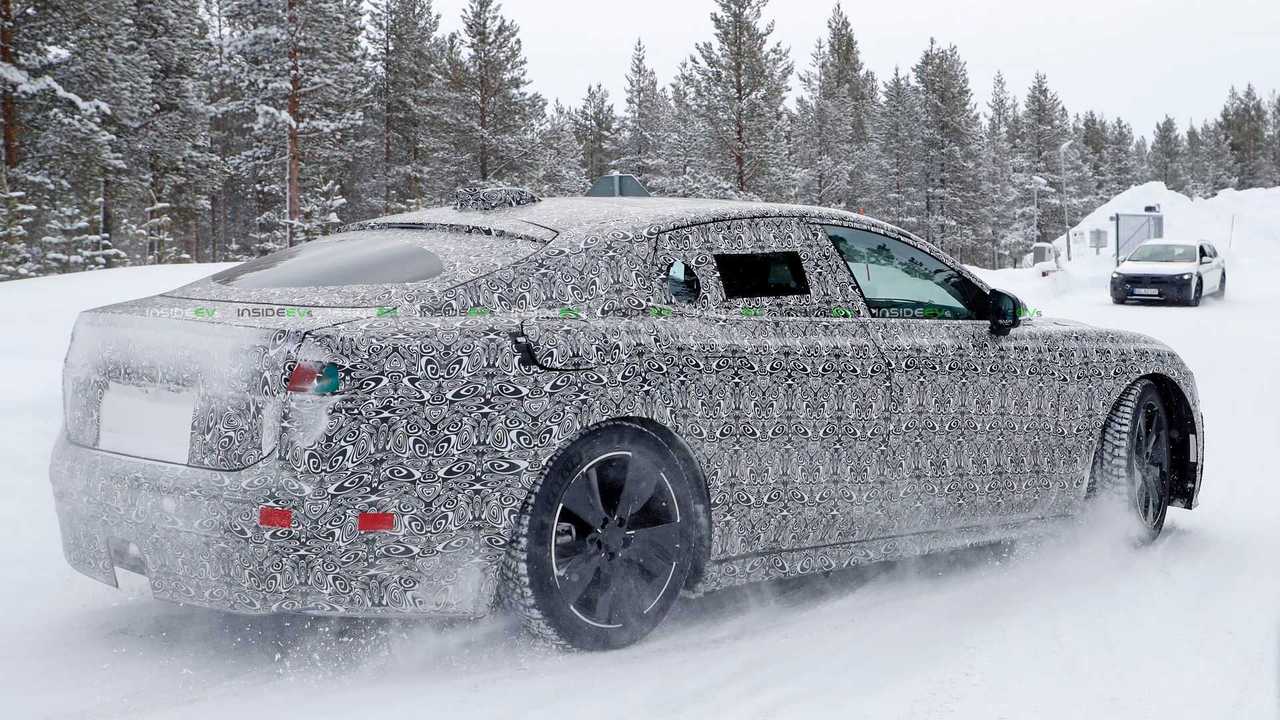 Not a test mule, it's a real prototype.

Our spy photographers just tracked down the first prototype of the upcoming all-electric Jaguar XJ successor. Previously, there were only test mules (one of them seen on a trailer in January).

Jaguar intends to introduce the Jaguar XJ BEV around 2020, using its new MLA platform, which will handle also hybrids (on the same production line) as well as other models (new Range Rover and Range Rover Sport).

The new Jaguar XJ will be a really big cat: "And if you think it looks gigantic you are right, this thing is huge."

We expect it will be also quite quick, as this is the only way to stay competitive with all the outstanding EVs on the market or in the pipeline like Tesla Model S, Porsche Taycan or Mercedes-Benz EQS to name just a few.

Here are the photos - not from every angle as usual, as the test driver managed to use defensive tactics:

"When we overtook the prototype the driver recognized me and he was glued at the back of my car at all speeds. Not going to mention any figures but clearly unhealthy. Those Jaguar guys are not afraid of speed, even on icy roads."