This month we are back with a new edition of our all-electric car comparison for the U.S. market, which includes basic price, battery/range/efficiency and power/performance data.

As of April 11, 2020 we noticed that the number of new, mainstream BEVs available for order actually decreased to about 15. We also distinguished some of them to major versions depending on range/performance. Let's take a look! 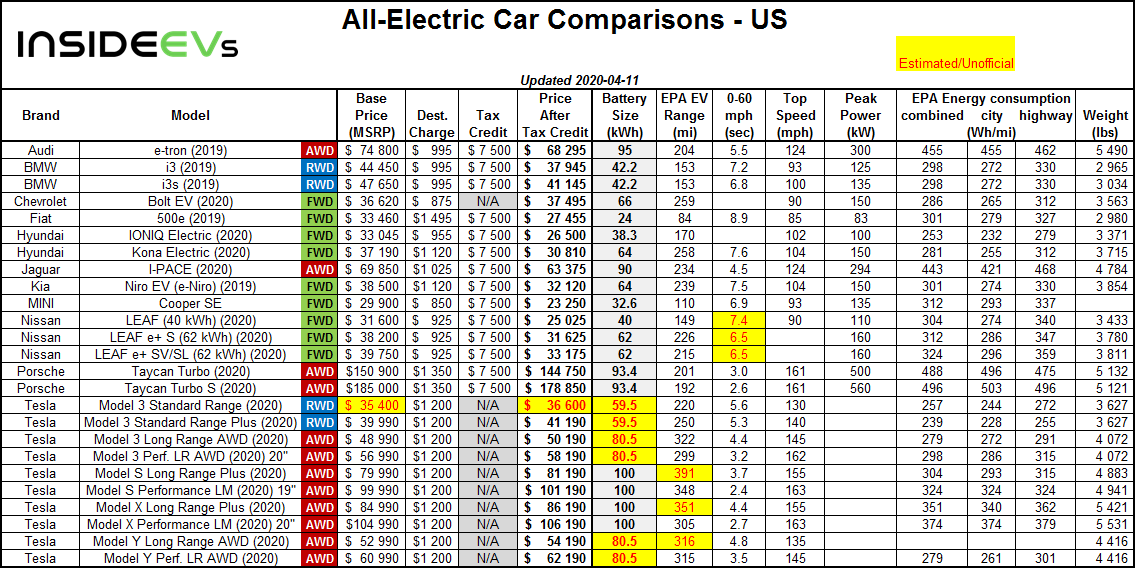 As we can see, some models are gone (Honda Clarity Electric and Volkswagen e-Golf and smart for example), some 2019 model year cars were replaced by 2020 versions, some - like the Fiat 500e might be on its last legs before retiring, some were delayed so we decided to remove them (Kia Soul EV (e-Soul) and Mercedes-Benz EQC for example) and in general, many prices/DST cost were tweaked (usually slightly up).

General Motors' BEVs are no longer eligible for the federal tax credit (just like Tesla) and we welcome the two first versions of the Porsche Taycan, as well as the MINI Cooper SE (aka MINI Electric).

The top positions of around 300 miles are occupied only by Tesla cars, but we are happy to see that most models are available with at least 200 miles of range. 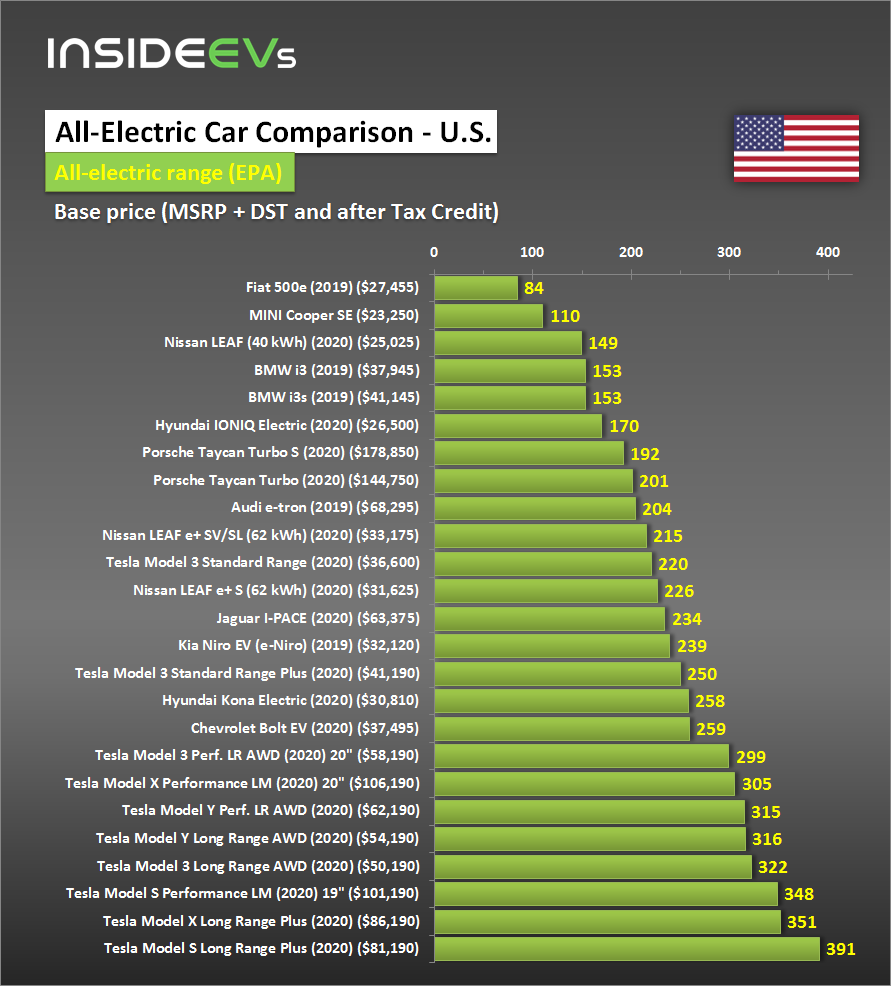 Taking into consideration MSRP and deducting the federal tax credit, the base 200+ mile range electric cars start at around $30,000.

We are aware that the comparison below is not perfect, as many manufacturers/dealers offer special deals to significantly lower the prices from the MSRP (even by several thousand), so treat it just as a starting point to further research. 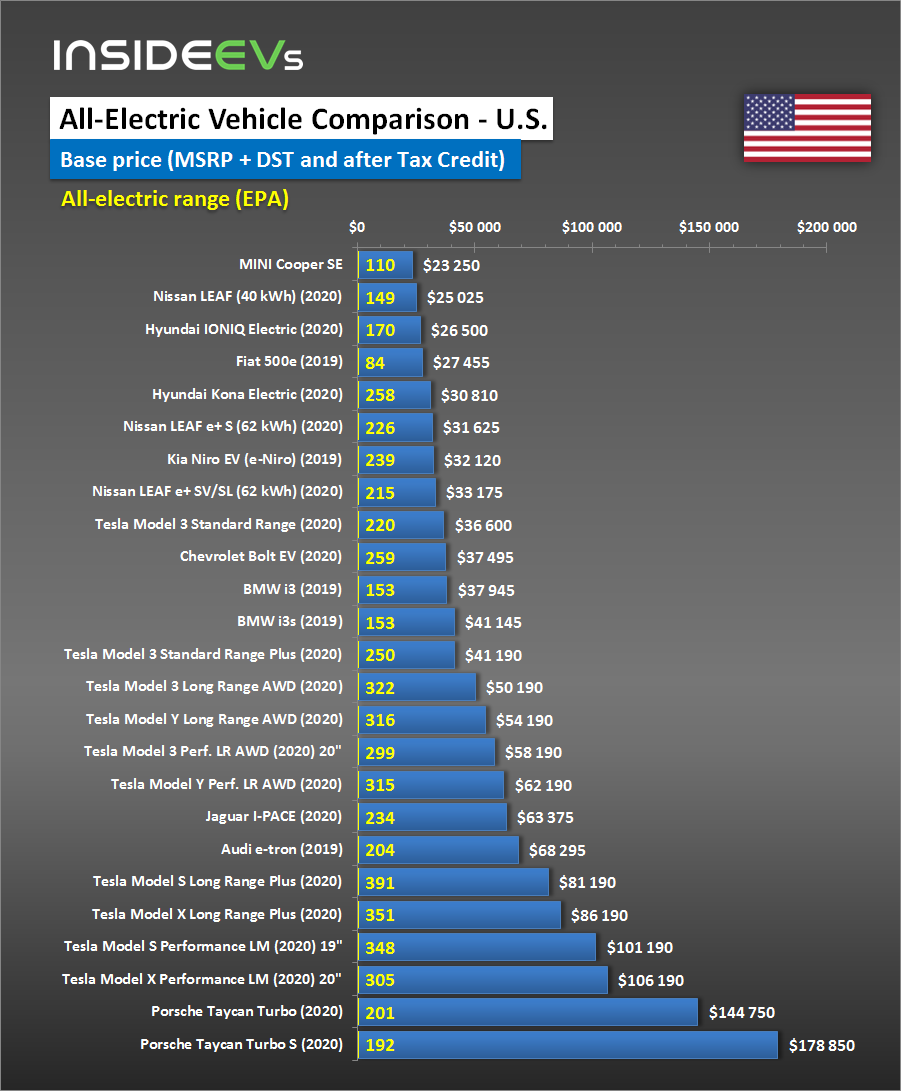