Today The $1,875 Federal Tax Credit For GM Is Gone

GM joins Tesla in the club of manufacturers no longer eligible for the federal tax credit.

Today (April 1, 2020), with the beginning of a new quarter, plug-in electric cars manufactured by General Motors are not eligible for the U.S. federal tax credit anymore.

During the first quarter, it was already lowered to a maximum of $1,875 for cars delivered by the end of March 2020. Three months earlier, also Tesla lost its eligibility.

Manufacturers are eligible for up to $7,500 per plug-in electric car only for the limited number of 200,000 sales. Reaching the limit triggers a gradual phase-out over several following quarters. 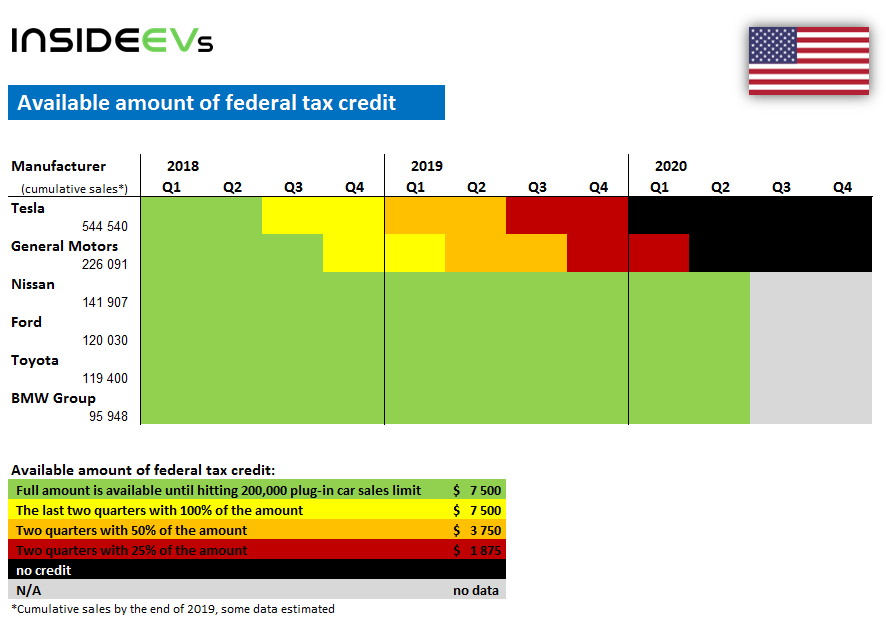 Tesla and General Motors were the first and only manufacturers to reach the limit. According to our sales stats, no other manufacturer is even close to reaching the limit anytime soon. Maybe in 2021/2022.

Unfortunately, the Chevrolet Bolt EV (currently the only plug-in from GB) on the market), will become slightly less affordable, although there is always a chance for a price reduction or rebates.

Another unfortunate thing is that manufacturers that early on stepped up in a big way with EVs are now in a disadvantageous position in already challenging times.