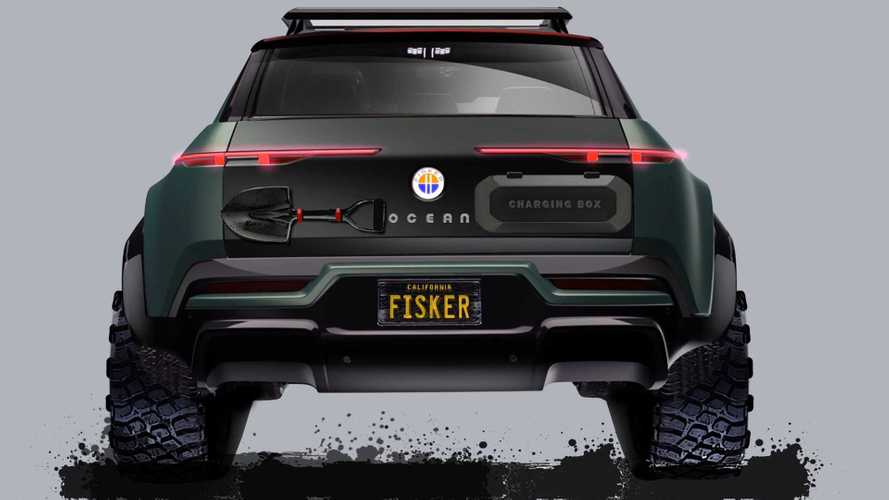 This off-road version is reportedly going to be available for purchase, although it will probably appeal more to military corps.

Fisker Ocean is touted to enter production in 2021 and there will be multiple versions of it, the cheapest of which will cost from just $37,499. We expect the version that does zero to sixty in a claimed 2.9 seconds will be a bit more expensive, though, as will this off-road-ready variant (which sounds a lot like the Tesla Model Y in this rendering).

Henrik Fisker, the designer and entrepreneur behind the Ocean, explained that

‘The low centre of gravity and wide track brings added stability and makes the Fisker Ocean a perfect clean sustainable utility vehicle, that can be used by international organisations, which needs to deploy rescue vehicles in rural areas, it can also be used as a zero emission military version to transport military personnel, as oil is one of the largest expenses for the military.’

He also points out that this isn’t just some radical sketch that will never see the light of day as an actual version of the Ocean. He suggests it could be revealed sometime after the reveal of the regular model (set for 2021) and while it definitely won’t be a big seller (since SUV buyers don’t get such vehicles because they want to take them off-road), it will surely be the coolest Ocean available.

In truth, if Fisker does genuinely offer it as a version of the Ocean, it will probably be more suited for military roles or as a potential rescue vehicle; it will be less appealing to the typical (electric) SUV buyer.