EV Truck Market In Europe Is Waking Up: Here Are The Stats For 2019

Thanks to the European Automobile Manufacturers Association (ACEA), for the very first time we can take a look at a comprehensive sales report on trucks in Europe by fuel type.

The truck market (defined in Europe as vehicles with a weight of over 3.5 tonnes) is dominated by diesel, which accounts for 97.9% of the total number of new registrations in 2019. No surprise here. The total registrations was 361,135 (up 3.5% year-over-year).

The new registrations of electrically-chargeable vehicles (ECV) - battery-electric or plug-in hybrid - in the European Union plus EFTA (a few countries were not included) last year amounted to 762.

For comparison, conventional hybrid registrations went down by 10% to 273.

New truck registrations by fuel type: in the EU+EFTA

"In 2019, 97.9% of all new medium and heavy trucks (over 3.5 tonnes) registered in the European Union ran on diesel, while petrol fuelled only 0.1% of last year’s registrations. Electrically-chargeable vehicles (ECV) accounted for 0.2% of total new truck sales across the region, while all alternatively-powered vehicles (APV) combined made up 2% of the EU market." 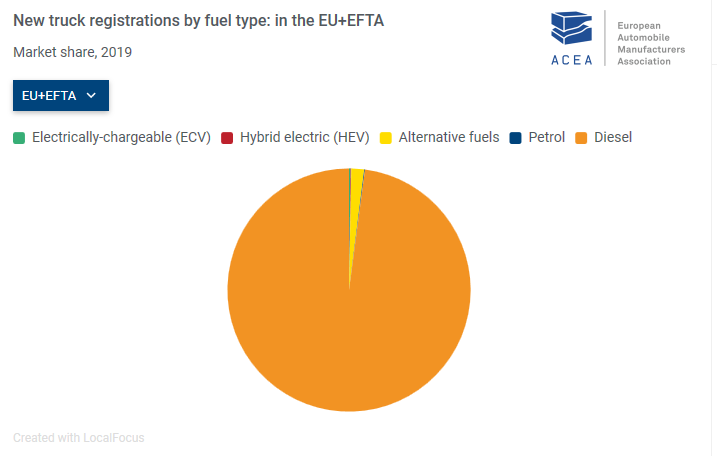 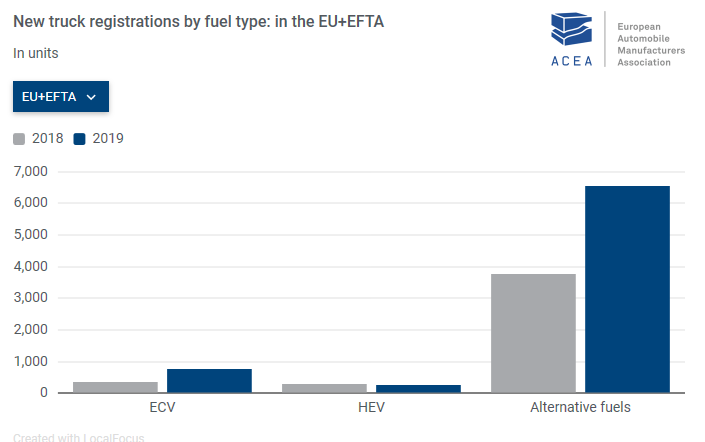 Here are detailed numbers for most of the countries, which reveals that almost all plug-in trucks were registered in Germany: 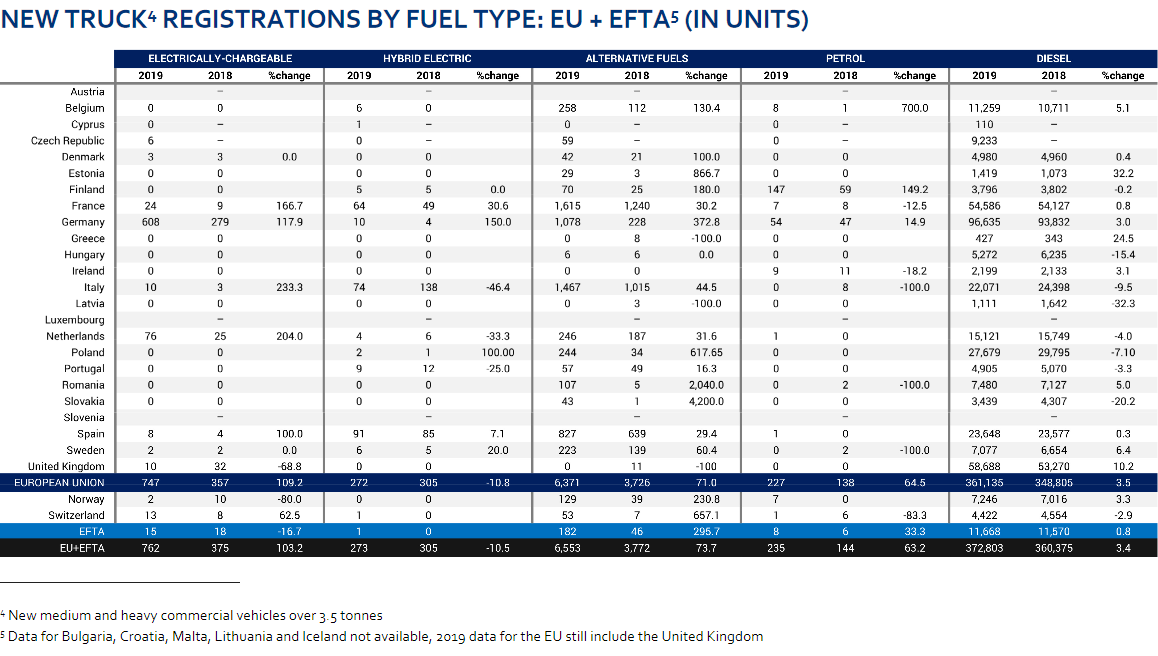 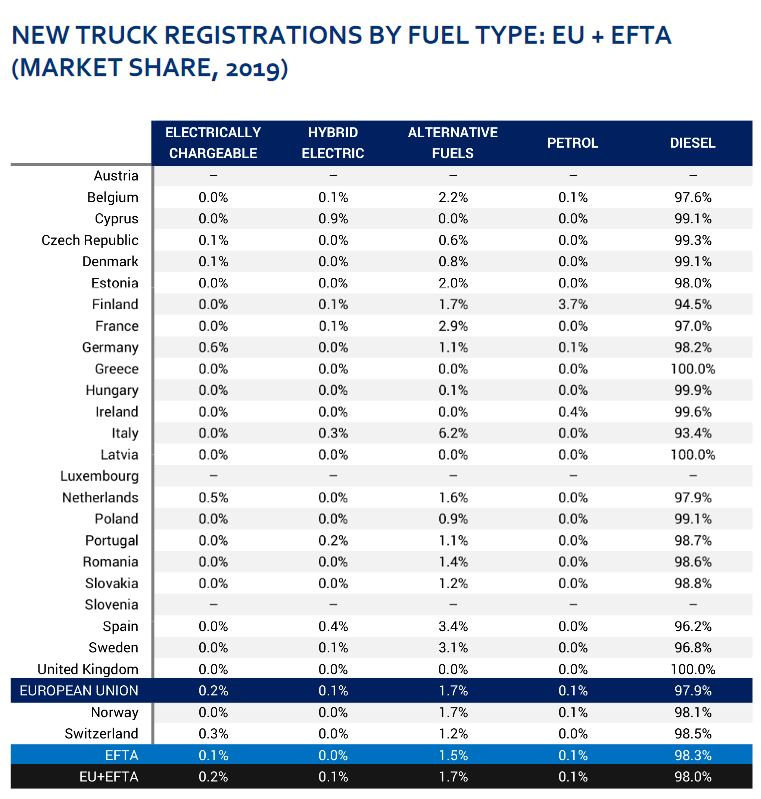