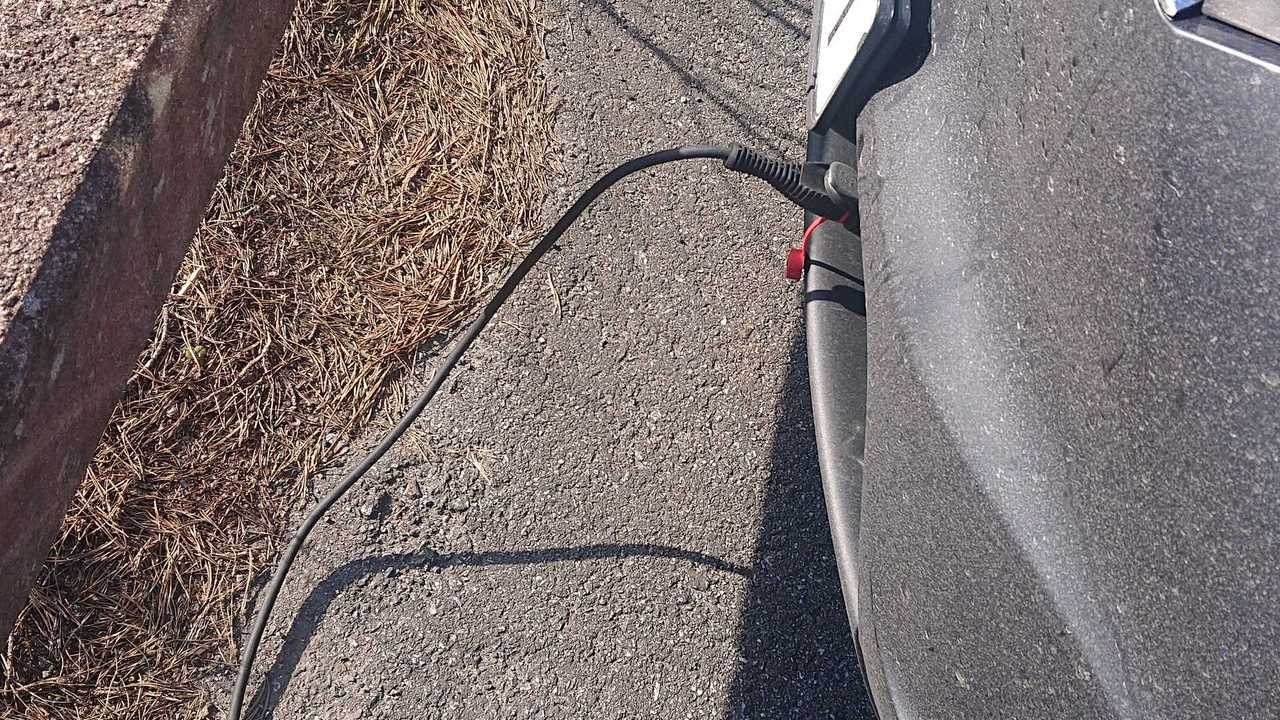 Patrik Hast realized his Model X could go further in cold weather with this setup.

Tesla owners celebrated the fact that the Model Y came with a heat pump. It will make thermal management much more efficient, especially in cold weather. Patrik Hast lives in Sweden and owns a seven-seater 2016 Model X 90D. He decided he needed something more efficient now, and the solution found was as witty as unexpected: he installed an engine heater in his Tesla.

“I live in Sweden and we got snowy winters, cold springs, and rainy autumns. Sometimes it rains a lot in the summers as well. Before the great diesel boom, we used to have preheating systems in almost all our cars. All the garages and driveways have preheating outlets, as well as all the workplace parking lots. We preheated both the engine coolant and the cabin.”

“When auto manufacturers started offering nice diesel cars, we discovered they don't manage to heat the cabin enough during winter to get better mileage. So they offer diesel-burning heaters which you also can operate as a preheater. Therefore, the use of electric preheaters is in decline.”

That was when Hast decided to give these preheating outlets a better use.

“When I discovered that my Tesla does not perform according to my wishes, the step to thinking standard Swedish preheating was not far fetched. At first, I was going to do this myself, but we got ‘inhouse developers’ in my country just three hours away.”

“Yes, they do offer some sort of preheating: a 6 kW beast that draws power from the battery. For my exact model, it does not work. Some say it's a software issue but I never got it to work on my previous Model X either, regardless of the software version. I have not even managed to start the regular heater when I navigate to a Supercharger. I see with the app Scan My Tesla that it does nothing.

The other issue with the regular heater is that you must remember to preheat both the cabin and battery from the app at least 15 minutes before departure. I sometimes just preheated the cabin.”

To fix that, Hast thought it would be a good idea to get an engine heater. They are made by companies such as Calix and Defa.

Could that void the battery pack warranty? It does not interfere with the warranty on regular cars, according to Hast.

“Preheating systems from Calix and Defa and others does not affect any warranties on any other car make or model. Usually, the car dealers offer them from start with new cars. Mine has been professionally installed and will be thoroughly tested by me.”

But did Tesla approve the adaptation? If Hast could only talk to the company, he would know. And he is not even from the press, mind you.

“I'm having trouble getting through to Tesla. In Sweden, that is generally like that. So I have not talked to Tesla yet. I hope that it doesn't feel the need to prohibit this initiative. Besides, I own an old car, with over 80,000 km on the odometer. I believe that a permanently preheated battery pack is better for durability than one with different temperatures a couple of times a day.”

Hast told us how he did that.

“We managed to get hold of some schematics for the cooling circuit and locate the regular onboard heater so it went next to that. The process is: remove the frunk lining and box; install the heater; pull the intake cable and fasten it to the front; bleed the cooling system from air; and reinstall the frunk.”

If you are asking how much it costs to have that, you’ll probably be surprised.

“I spoke to Calix and they estimate that a complete preheating kit to the end-user customer will be about 5,000 SEK. I'm guessing they just use standard parts off the shelves. That is roughly €450 or $490. Not bad at all. Otherwise, the installation was pretty straight forward.”

The advantages make it worth it, according to Hast.

More range is not the only benefit.

“Mostly, it's for regen purposes. If I regen more, I get more range. If the battery is at the ideal temperature, I get full regenerative braking power.

Usually, when I drive on an 80 km/h road, it takes 50 km before I get full regen. If I preheat, I have full regen from the beginning. If I drive conservatively at a 0ºC outside temperature, the battery pack cools down and I get regen restrictions again after 30 km. I also need to insulate the underside of the battery pack. That has been done before on other models.”

Hast points out another advantage.

“If I need to Supercharge nearby after work, I get the full speed right away.”

You would imagine Hast will now try to sell these engine heating kits, right. Well, that is not his goal. He just wanted to share the benefits he had with them. In other words, to spread the good news with InsideEVs help.

“I hope Calix’s plan is to offer this to the broader mass. Both professionally and for the handymen who want to install it themselves.”