The new sales report from Audi indicates a noticeable drop, but not as much as in the case of many other brands. The decline in sales during the first quarter of 2020 was 14% to 41,367.

Comparing the numbers, it turns out that Q1 was actually the best month for all-electric car share out of Audi's overall volume - 4.1%.

Currently, the e-tron is selling like hot cakes in some markets - Norway is probably the best example, where 3,754 of new registrations in Q1 was more than two times higher than in the U.S., a country so much bigger than Norway. 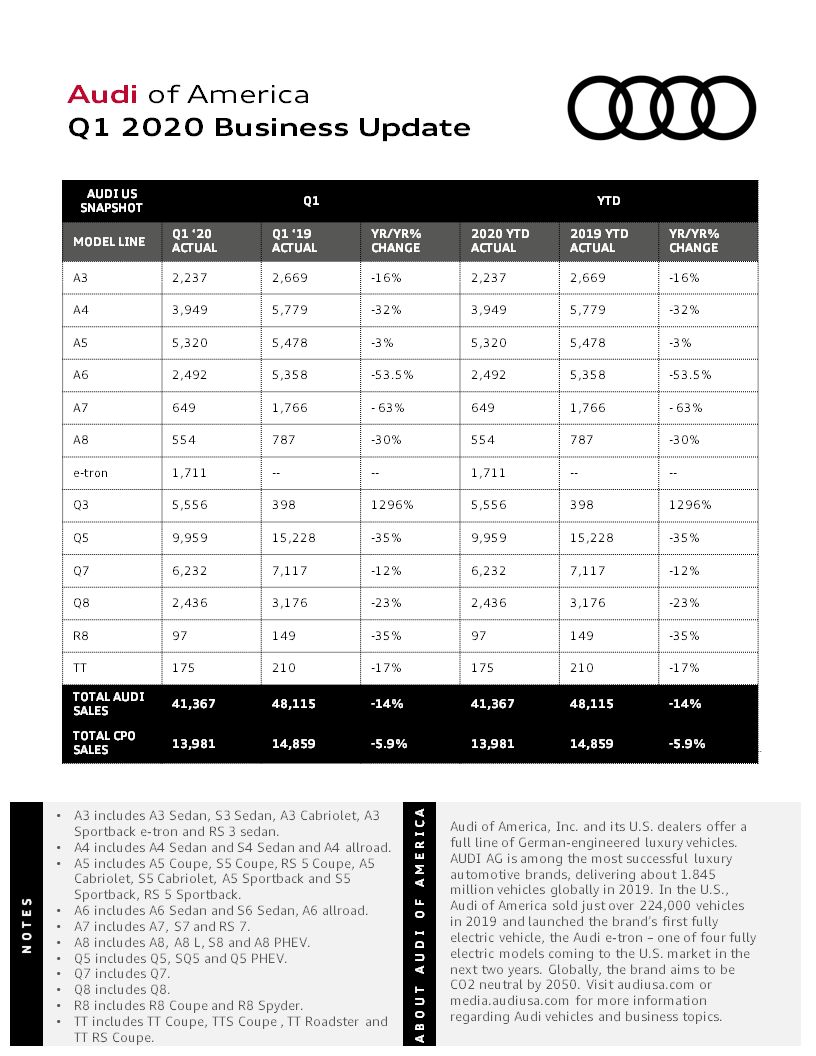