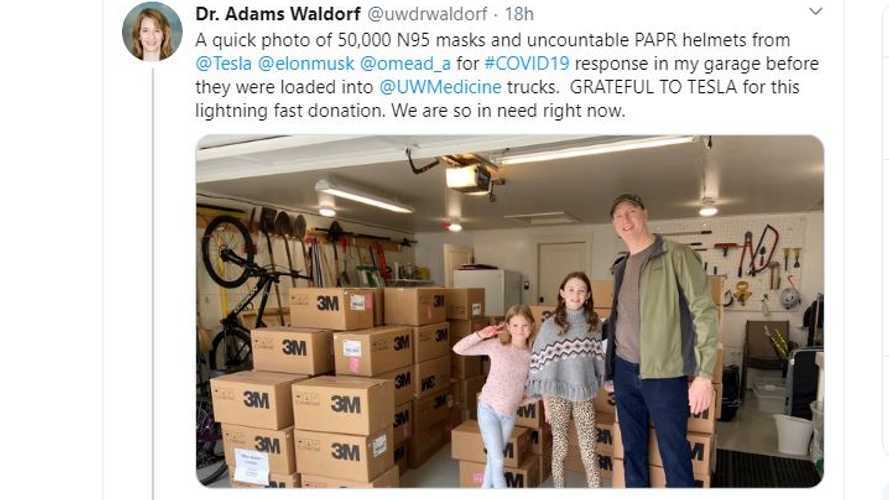 Once again, Tesla and Elon Musk have quickly followed through.

Last week, the Trump administration said it would invoke the Defense Production Act, which was passed during the Korean war. Essentially, it allows the government to force manufacturers to produce needed supplies in an emergency. More recently, Trump gave Tesla, General Motors, and Ford the go-ahead to start producing.

The plan was to ask businesses like automakers to begin producing ventilators and any other equipment that hospitals need. Since then, Tesla has already donated 50,000 3M N95 masks and multiple PAPR helmets. According to CEO Elon Musk, they have another 200,000 masks heading out to hospitals. It's important to be very clear here that Tesla did not "make" these masks, but instead quickly donated its own supply.

Have A Look At These Stories:

Musk says Tesla and SpaceX are already working on ventilators as well. We didn't report on this earlier since there was really no way to prove the company had already moved forward. However, in order to understand how to make the ventilators correctly, Musk and company had a meeting with Medtronic. As you can see from the tweet below, Medtronic has verified that this meeting did, in fact, take place.

Initially, Musk said it would take many weeks to make ventilators and he was concerned that by the time Tesla and SpaceX can deliver, the ventilators may not be needed. However, now, after meeting with Medtronic, he says Tesla is hoping to have 1,200 ventilators to distribute this week. We can only hope GM and Ford are also well underway with help as well.