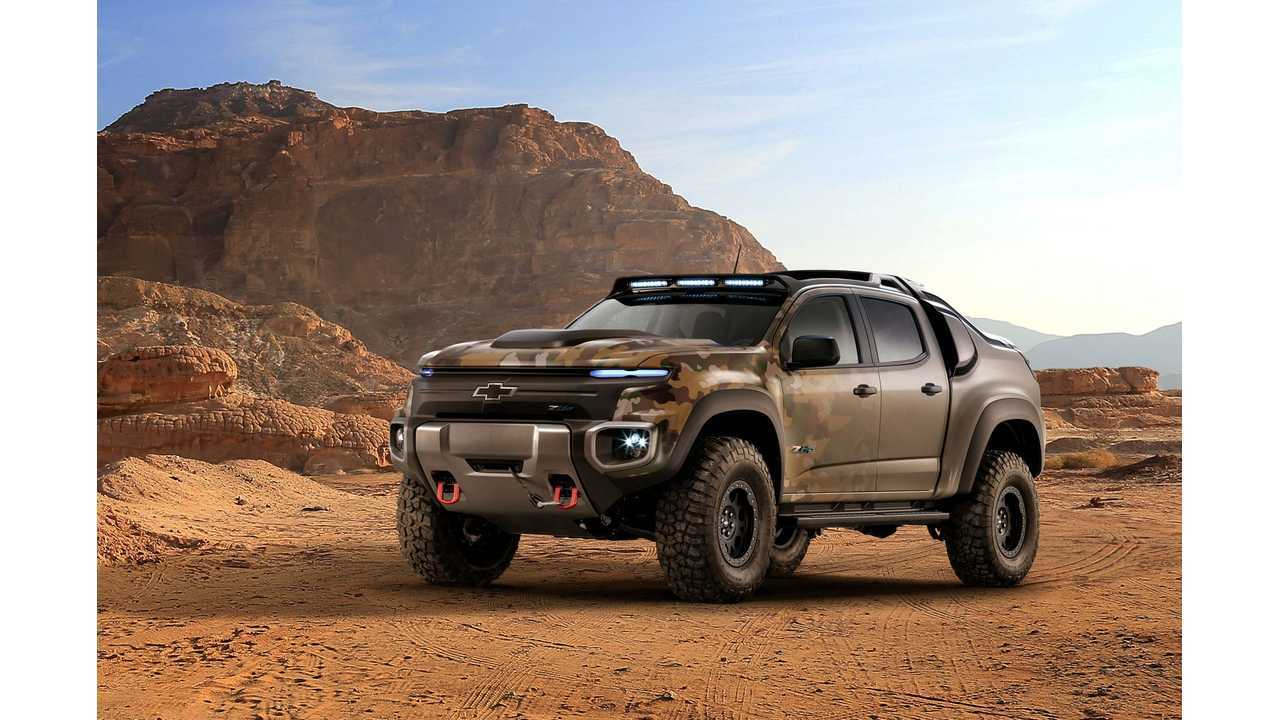 It will take plenty of time, but the advantages are already abundantly clear.

In a recent interview with Defense News, Army Futures Command Lt. Gen. Eric Wesley talked about "electrifying the brigade." He said the U.S. Army "is seeking to power its brigades using electric and hybrid sources in order to break free of the burden of fuel and disposable batteries that bog down its logistics tail and limit mobility and reach."

We've mentioned on numerous occasions that such a plan for the military, law enforcement, and all government fleets just makes sense. However, Wesley makes it clear that making electric vehicles or buying a Tesla is a whole lot different than electrifying the entire Army and assuring that charging and related infrastructure is in place to make the situation viable.

“Let’s be clear. We’re behind. We’re late to meet on this thing. If you look at all of the analysis, all of the various nations that we work with, they’re all going to electric power with their automotive fleet, and right now, although we do [science and technology] and we’ve got some research and development going on and we can build prototypes, in terms of a transition plan, we are not there.”

“The Army has to think about it much bigger. What is the cost of replacing your entire fleet? We know we can’t do that. There’s got to be a steady transition.”

You may remember, the Army recently tested a fuel-cell Chevrolet Colorado, but hasn't moved forward with plans. According to Defense News, the effort hasn't amounted to anything.

Nonetheless, Wesley's team is putting together a proposal to present to the head of Army Futures Command. These plans will dive into exactly how the monumental effort of "electrifying the brigade" could play out.

Wesley says the entire automotive industry is going electric, so there's no turning back here. However, there are many major considerations that lie ahead. Still, he makes it very clear that once the Army is able to move forward with such efforts, it will prove positive for a multitude of reasons. Wesley explains:

“We have to operate distributed, which means you have to have organic power that is readily available. Another aspect of Multi-Domain Operations … when you think about it, a lot of technology is being distributed at lower and lower echelons, and the question is always: ‘How are we going to power these different tools that we use in operations, highly technical tools, that we use to integrate domains? How are you going to power those?’"

“Electrification allows you to have access to readily available power to distribute not only for the vehicle but for all those different systems that I have.”

Wesley adds that having quiet, low-heat signature vehicles with fewer moving parts and greater "commonality," including universal batteries, are just some of the many advantages.