Tesla Model Y Comes With Trailer Mode: What Could It Tow? 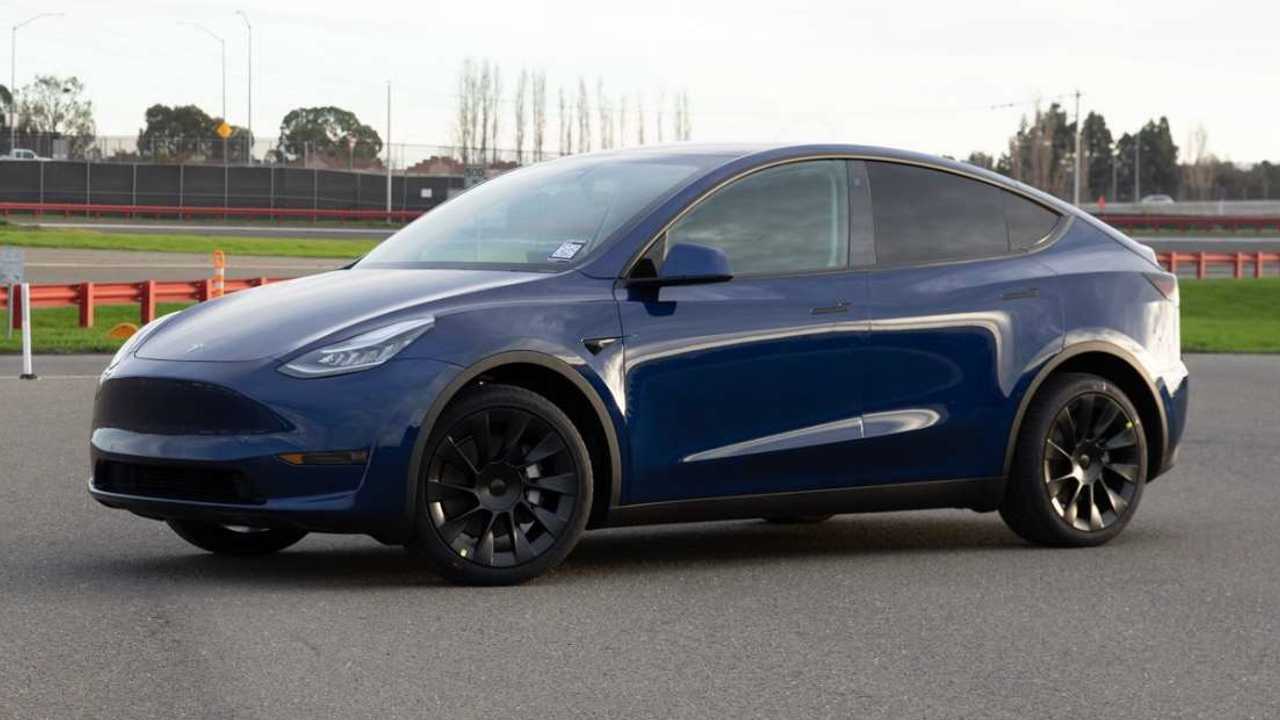 It comes ready to tow, but Tesla says it's '"not equipped with towing."

Officially, Tesla says the Model Y is not equipped with towing, but why does it have a trailer harness and a trailer mode then? Let's explore this a bit more.

As Tesmanian has discovered, the Model Y comes equipped with "Trailer Mode" and supposedly even has the 7-pin connector for hooking up the electricial to a trailer. The manual posted by Tesmanian states:

However, we can not find this info in the official U.S owner's manual for the Model Y, so perhaps this pertains to another country (like Canada, as the image seen here seems to imply) or maybe this will be added in at some point in the future.

Tesla Model Y Not Rated To Tow: Manual Says 'Not Equipped' For Towing

Let's assume this information is accurate and that the Model Y will be equipped for towing at some point in the future. The guidelines for towing state a maximum weight of 3,200 and a max tongue weight of 320 pounds. That's significantly higher than the tow rating for the Tesla Model 3 in Europe (note: the Model 3 is not rated to tow in the U.S.). In Europe, the Model 3 is rated to tow nearly 2,000 pounds and has a tongue weight close to 200 pounds.

From Tesmanian, here are the towing figures for the Model Y:

*You must operate within the speed limitations of your trailer and tires. Always obey posted speed limits and local regulations regarding speed.

But there's a bit more to the whole towing equation and to discuss that, we need to look at some weights: 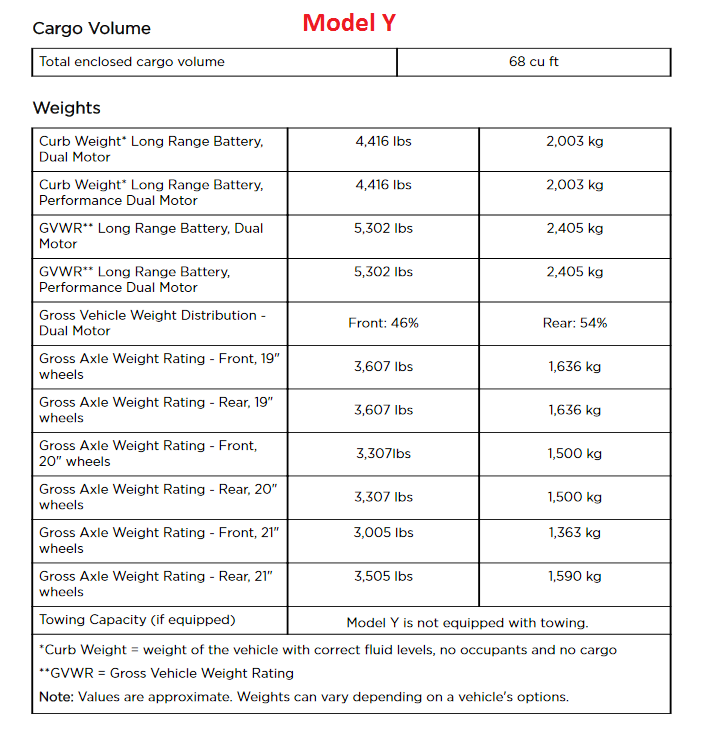 What's The Payload Though

To find out how much payload the Model Y has, we need to take its GVWR and minus its curb weight:

So, if equipped with a trailer with the maximum tongue weight of 320 pounds, the remaining payload for the Model Y is:

566 pounds would be the maximum amount of weight allowed within the Y. This includes the weight of all occupants, gear, items, etc. Therefore, you'd have to be cautious if towing a trailer with a heavy tongue, while at the same time loading the vehicle with 5 occupants and gear.

Can it tow? Yes, it seems the Y will be equipped to tow (just maybe not in the U.S.), but it's ratings are rather low and the payload especially will something to consider when towing. 3,200 pounds would include a decent size camper for a family of four, as would the 320-pound tongue weight limit, so most likely its payload rating will be the most limiting factor.

Let's hope Tesla provides some official word on the towing status of the Tesla Model Y sooner rather than later.