Just like in January, also in February, the top-selling model in Norway was the Audi e-tron, which noted a new registration record of 1,171. 2,073 registered so far this year gives Audi a surprisingly high edge over the other EVs.

There is no Tesla Model 3 on the list after February - hopefully, it will change in a big way after March (Tesla usually delivers a high number of cars in the third month of a quarter). As a brand, Tesla had just 83 new registrations (277 YTD).

Two small surprises are 230 Opel Ampera-e (sell-out seen also in a few other markets) and 141 of the all-new Škoda CITIGOe iV. 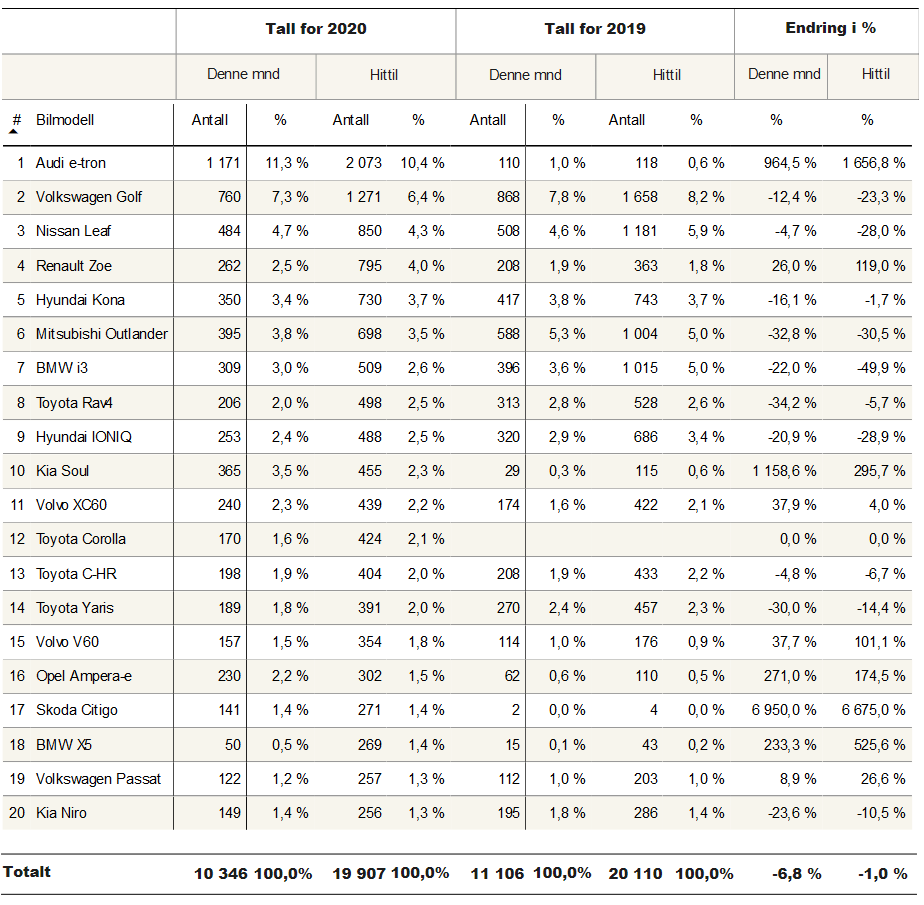