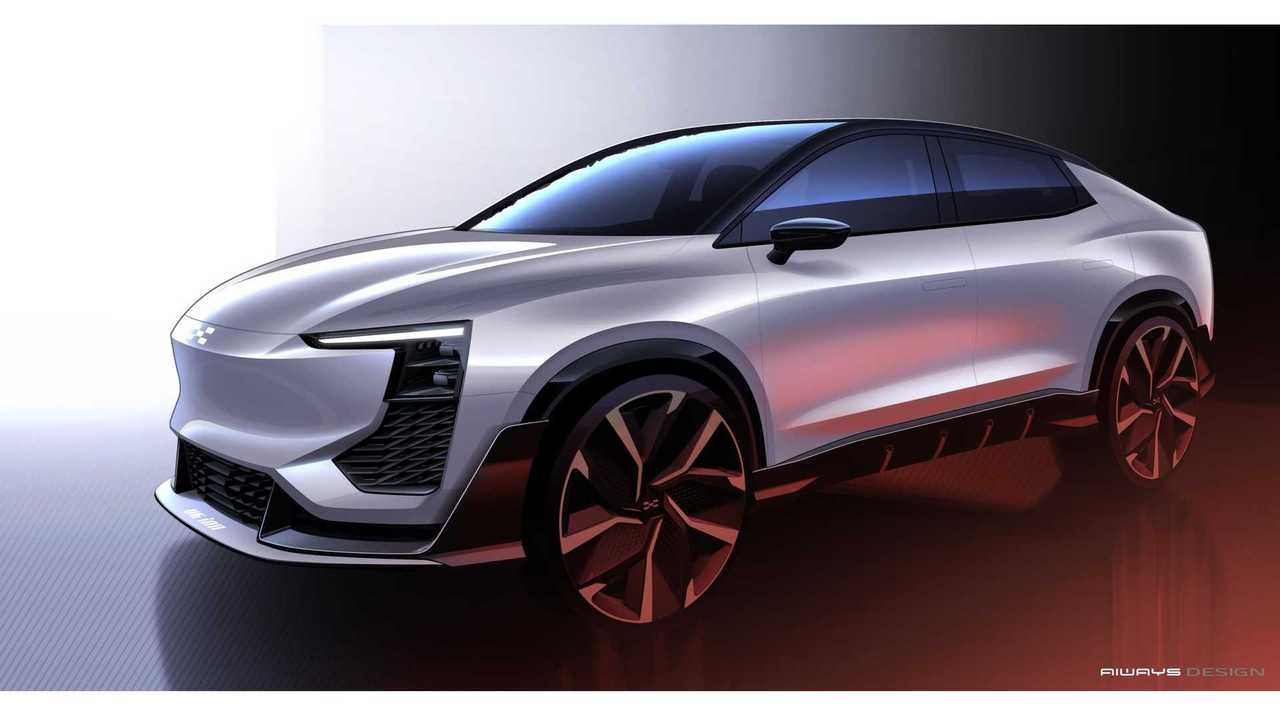 The sporty all-electric crossover coupe will be unveiled next month in Geneva.

The Chinese startup Aiways released two sketches of its latest Aiways U6ion concept, announced a few weeks ago, which will be unveiled at the upcoming 2020 Geneva Motor Show on March 3, 2020.

The all-electric crossover coupe is based on the MAS (More Adaptable Structure) platform, utilized also in the Aiways U5, which recently entered series production in China and is scheduled for market launch in Europe in April.

The U6ion previews a second production all-electric SUV from Aiways and we must admit, it's getting interesting.

Chinese Aiways U5 EV SUV Touted As Being Very Safe

Aiways Starts Volume Production Of U5 In China
⠀

Aiways U5 Disappoints With Just 3 Stars In Euro NCAP Tests

"Under the tutelage of Ken Okuyama, creator of the Ferrari Enzo and former Pininfarina design chief, and now chief advisor for design and arts at AIWAYS, the company has created a form language which embodies the ‘intelligent and simplified technology’ at the heart of AIWAYS product development ethos."

“The U6ion sketches present a crossover coupe with a harmonious and exciting body shape, aimed at attracting young car users looking for a zero-emission SUV that offers style, practicality and electric performance.”