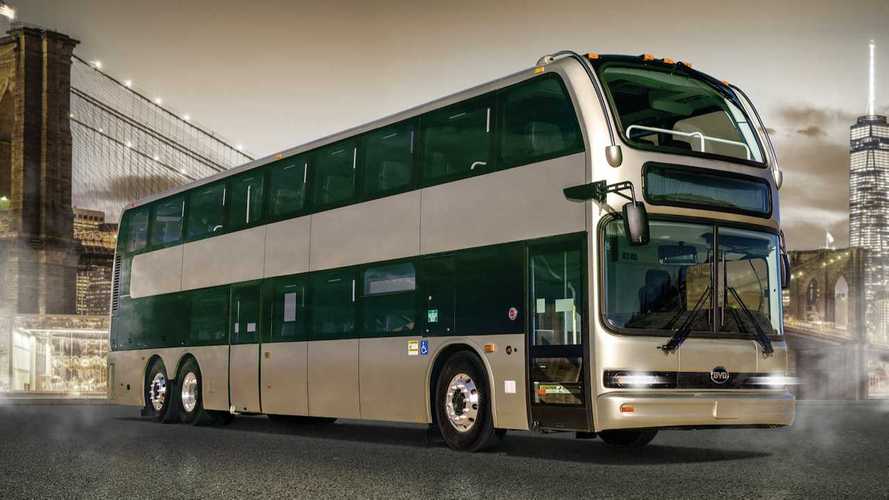 Here is the largest double-deck motorcoach, which can go up to 230 miles on a single charge.

Chinese manufacturer BYD does not stop expanding its lineup of buses and recently also motorcoaches - three of those are now being shown at the United Motorcoach Association’s annual expo in Nashville, Tennessee (Jan. 19-23).

Our attention was caught by the 45-foot (13.7 m) double-deck C10MS model, which is called the largest battery-electric motorcoach in North America.

The other two models are the smaller C8MS 35-foot double-deck motorcoach and C9M 40-foot motorcoach.

The range of those two is noticeably lower - 170 miles and 200 miles respectively.