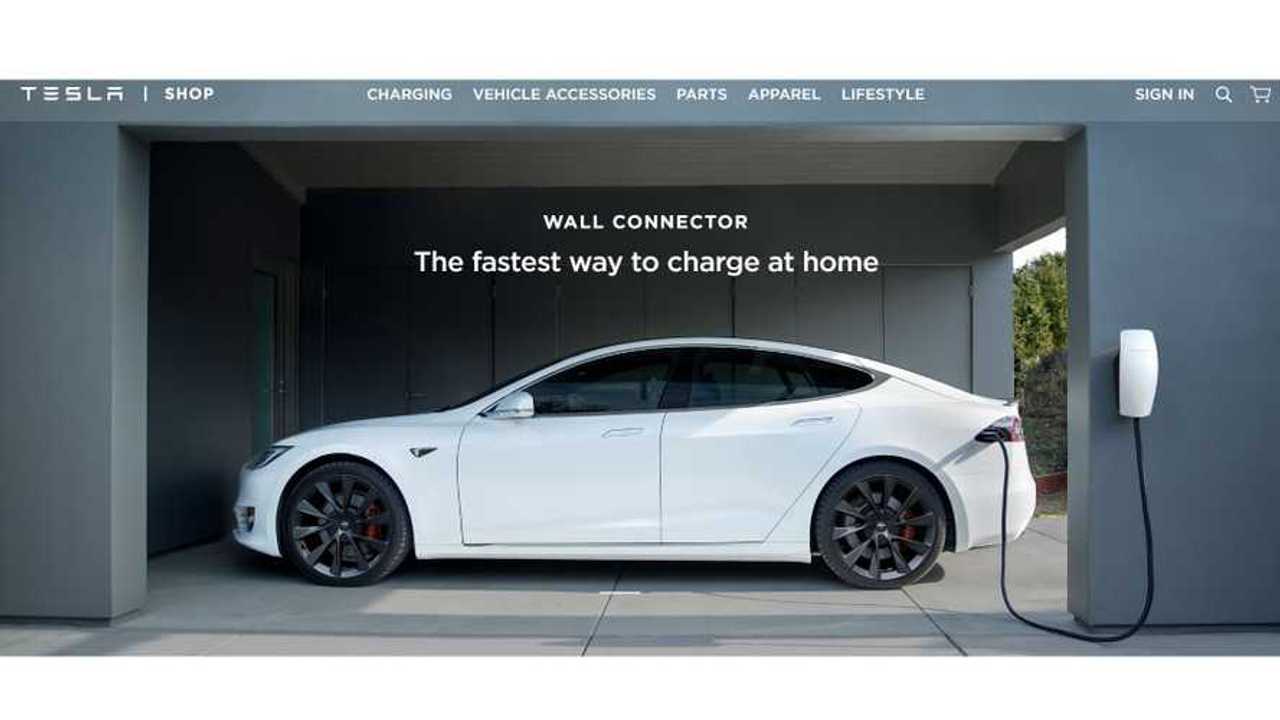 Tesla's 3rd generation wall charger is weaker, but smarter than the previous version.

Tesla introduced a new wall connector this week, and simultaneously, discontinued selling the high-powered wall connector they had been offering for the past few years. The new offering has a slightly modified design, with a tempered white glass faceplate.

In addition to the sleek new look, the new wall connector is a wi-fi connected smart charger, a feature that was lacking from previous models. Electric vehicle supply equipment from companies like ChargePoint, Enel X, FLO and others have been offering smart-charging options for years now, and it's good to see Tesla finally joining them.

“Charge at home, anytime. Tesla Wall Connector provides a full charge overnight for every homeowner. With customized power settings, the lightweight design allows for versatile indoor/outdoor use, including a range of electrical systems and mounting options. Monitor your charge with the Tesla app and receive notifications when complete. Wi-Fi connectivity enables over-the-air firmware updates and remote service if necessary. Tesla Wall Connector offers the best home charging experience for any Tesla owner.”

However, it's not better than the older unit in all regards, unfortunately. To start off, the new wall connector has a shorter cable than its predecessor. The cable is now 18 feet long, compared to 24 feet for the model it replaces. That 6 feet can make a big difference for some people, especially if they have two Teslas in the garage, and are sharing the charger. When we do our charging station reviews and recommendations here on InsideEVs, we typically recommend getting a charger that has a cable at least 20 feet long.

The new wall connector is also limited to delivering 48-amps (10kW) while the previously available one could deliver up to 80-amps (20 kW). This isn't as big a deal as it sounds because Tesla now limits the AC charging on all of their cars to 48-amps. When the Model S first came out, it could be ordered with dual-onboard chargers, each one capable of accepting 40-amps.

Cars with the dual-onboard charger option could charge at 20 kW, so Tesla needed to offer a home charging solution that could deliver that much power. However, Tesla no longer offers onboard chargers that can deliver more than 48-amps in any of their cars, so they no longer need to sell the wall connector that can deliver that much power. In fact, there aren't any EVs from any brand available that can accept more than 48-amps on AC, so the 80-amp high-powered wall connector was overkill.

Some have speculated that Tesla may offer higher rates of charging in the future for vehicles that have larger battery packs, like the Cybertruck. However, the fact that Tesla discontinued selling the high-powered wall connector and introduced a new one that's limited to 48-amps may have shown their hand on where the future of AC charging will be for the brand. They could always re-introduce a high-powered unit if need be, but we're inclined to think they would have made this new unit a high-powered one if they knew they would be able to utilize the extra power for future vehicles.

We also don't know what smart-charging features will be offered, like Amazon Alexa compatibility, and the ability to participate in demand response utility programs. Tesla has said the unit will be able to get OTA upgrades but it's unknown what upgrades they plan at this point.

Tesla kept the price the same as is was for the high-powered wall connector and the unit available on Tesla's website for $500. That's a very competitive price for a 48-amp wi-fi connected charger. For comparison, the ChargePoint Home Flex, a 50-amp wi-fi enabled smart-charger sells for $699.00. All things considered, the new all connector seems to be a good solid choice for a reasonable price. The only thing we'd like to see improved is the cable length, perhaps as an extra-cost option.