Now that Canadian EVSE maker FLO is bringing their high-quality charging stations to the US, we thought the readers here would appreciate a hands-on review. FLO has been selling their products for two years now, and has delivered about 4,000 units to Canadian customers. 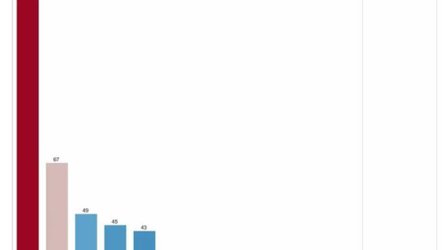 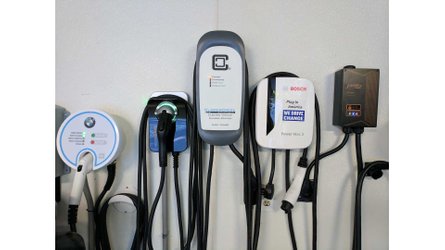 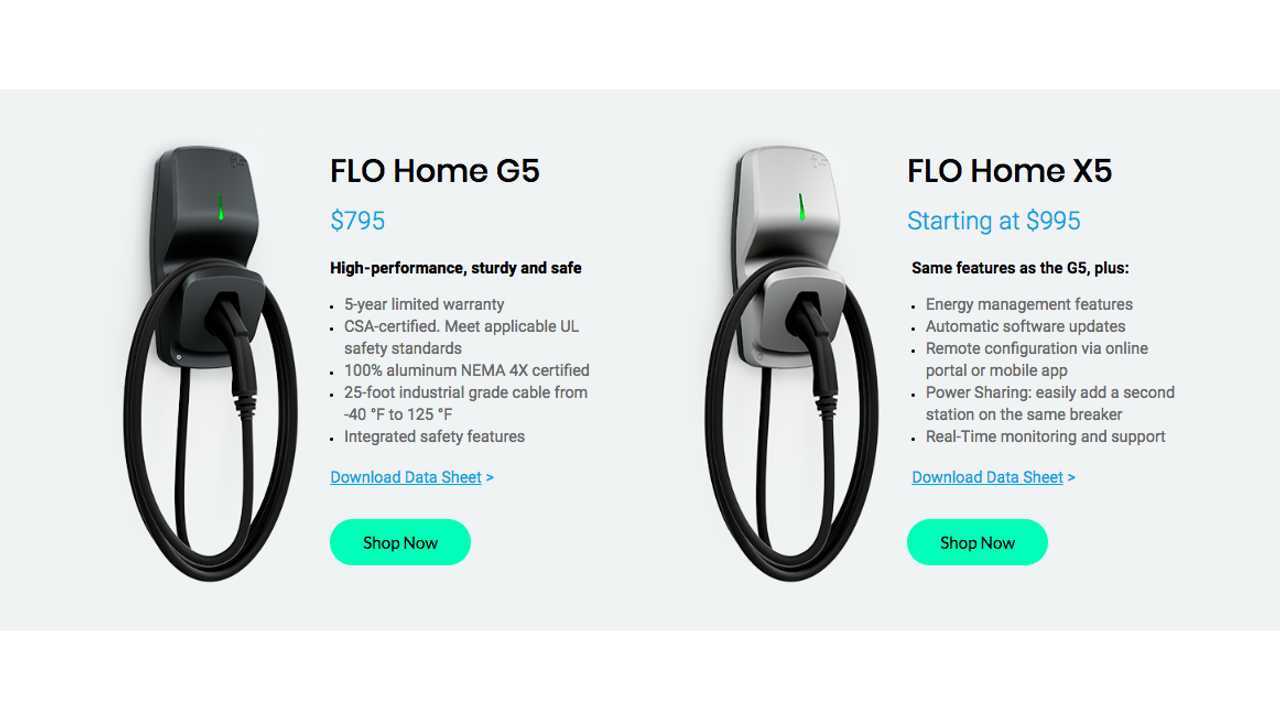 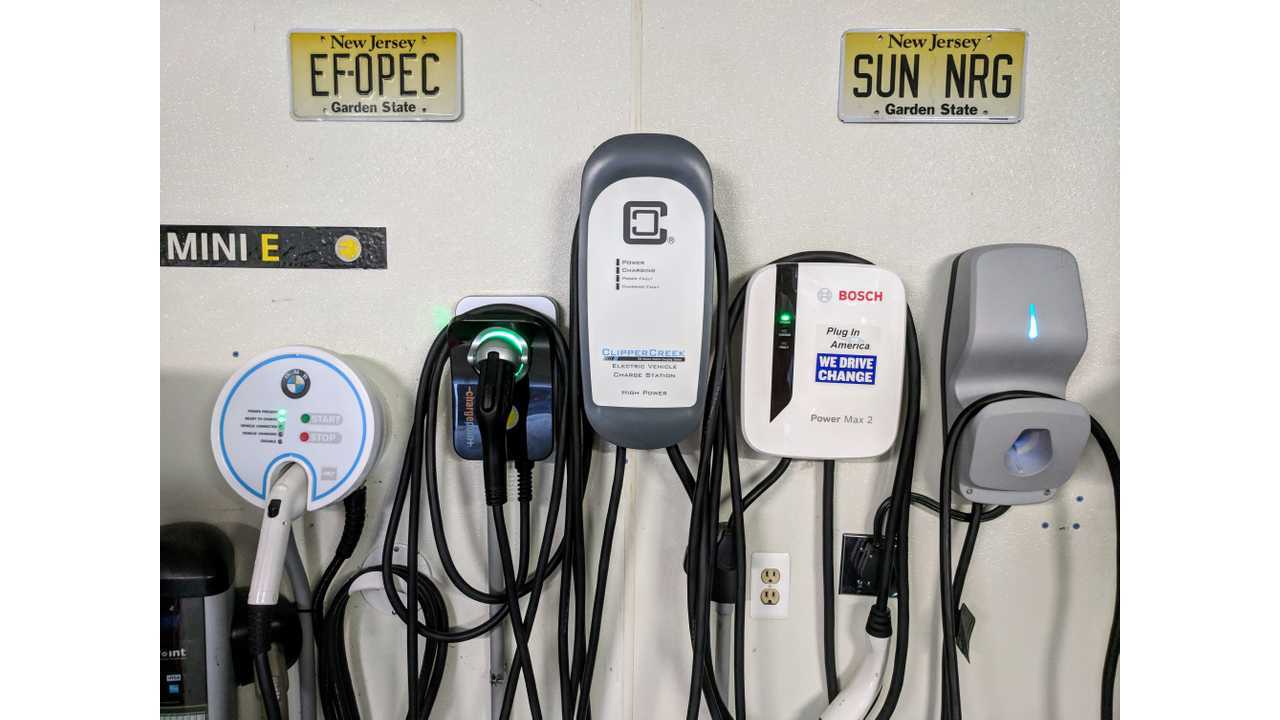 Flo stations feature an ITT J1772 connector, charge at 240-volts, 30-amps and can deliver up to 7.2 kW. They come standard with a 25-foot cable, which is notable since some other EVSE manufacturers charge extra for a 25-foot cable, and both stations are officially rated to operate in a temperature range of -40 °F to 122 °F.

The first thing you'll notice when unpacking a FLO Home is how heavy it is. This thing is solid, and weighs 25 lbs! The outer casing is made of solid aluminum and is NEMA 4X certified, meaning it is protected against foreign objects entering the unit, as well as water and damage caused by the formation of ice on the enclosure. The JuiceBox made by eMotorWerks is the only other EVSE with a solid metal outer case that I've tested. 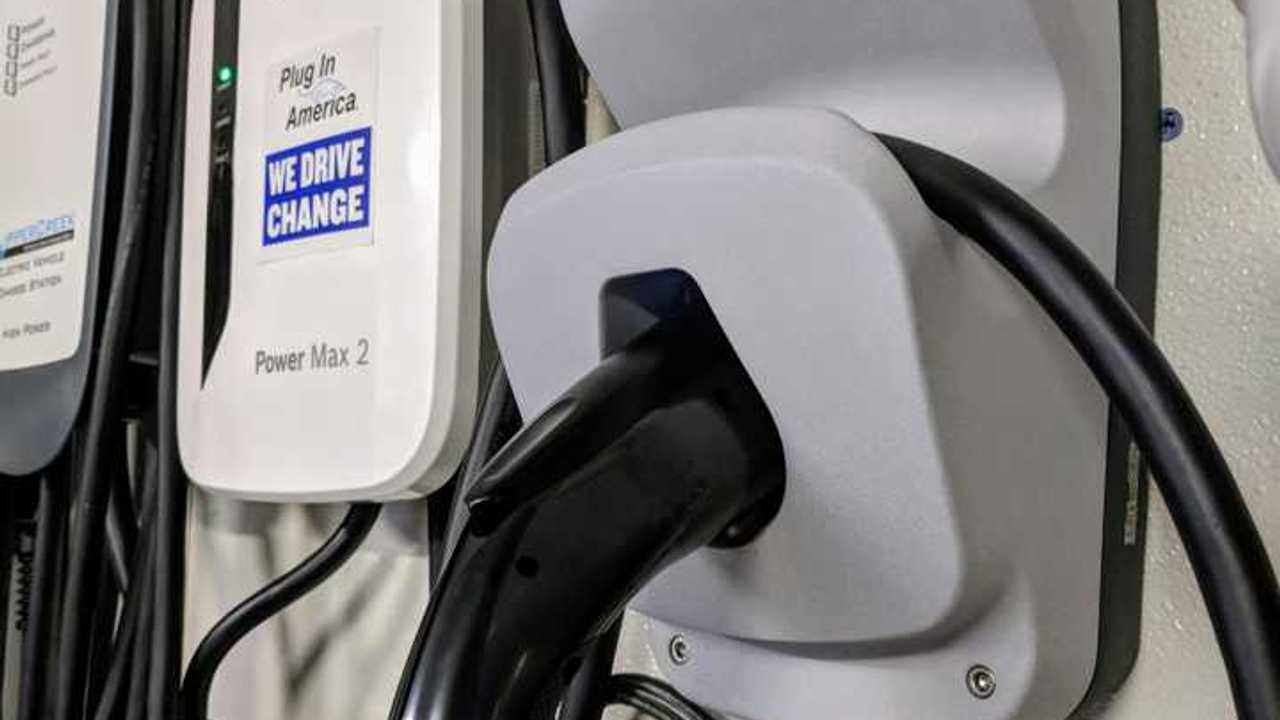 FLO uses an ITT J1772 connector, the same one used by Bosch and eMotorWerks

Currently, FLO EVSEs are only available as hard-wired units, and a plug-in version is not available. Installing the FLO is pretty straightforward. First you need to attach the mounting bracket to the wall. As mentioned above, this is a heavy unit, so make sure you have the mounting plate secured strongly to the wall. You then secure the rear housing of the station to the mounting plate with one screw located on the bottom of the station. Attach the three wires from your feed, and then attach the front cover with two screws.

Once you've installed the unit, it's time to download the FLO app, create an account with FLO and connect the device. Here's where the FLO is a little different from other connected EVSEs like the ChargePoint Home and the JuiceBox Pro 40. FLO doesn't use WiFi to connect the station, it uses a PLC (power line communication) device.

You need to plug the PLC into an outlet in your home (directly into an outlet, not into a surge suppressor or power strip), then attach the provided ethernet cable to the PLC unit and plug the other end into your router. It works fine, as long as you don't have other PLCs in your home already, which I did. I had two PLCs in service already before I plugged in the one for the FLO. One was for my SunPower solar monitoring system, and the other was for a Netgear WiFi extender that I have to improve my home's WiFi signal. 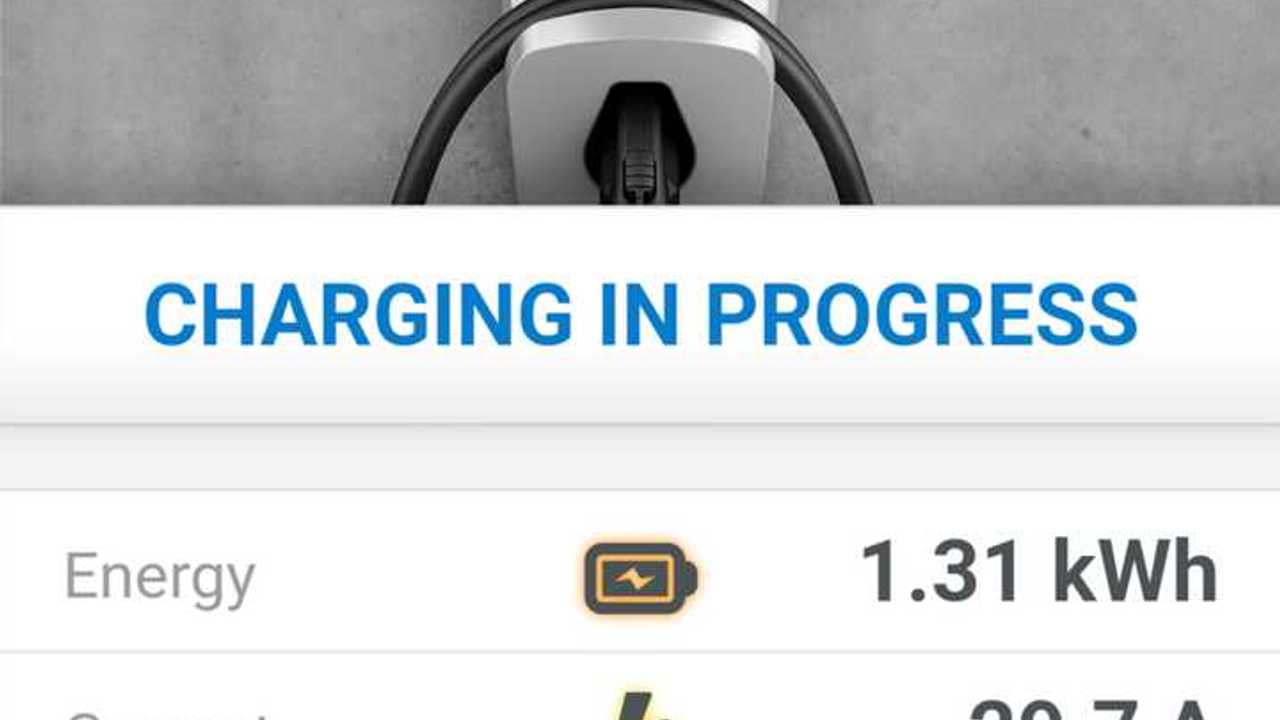 A screenshot of the Flo app.

As soon as I plugged in the FLO PLC, my WiFi went down and none of the PLCs would work. However, after a phone call to FLO tech support we were able to get everything back up and working.  Just beware of this potential issue if you currently have any PLCs working in your home. 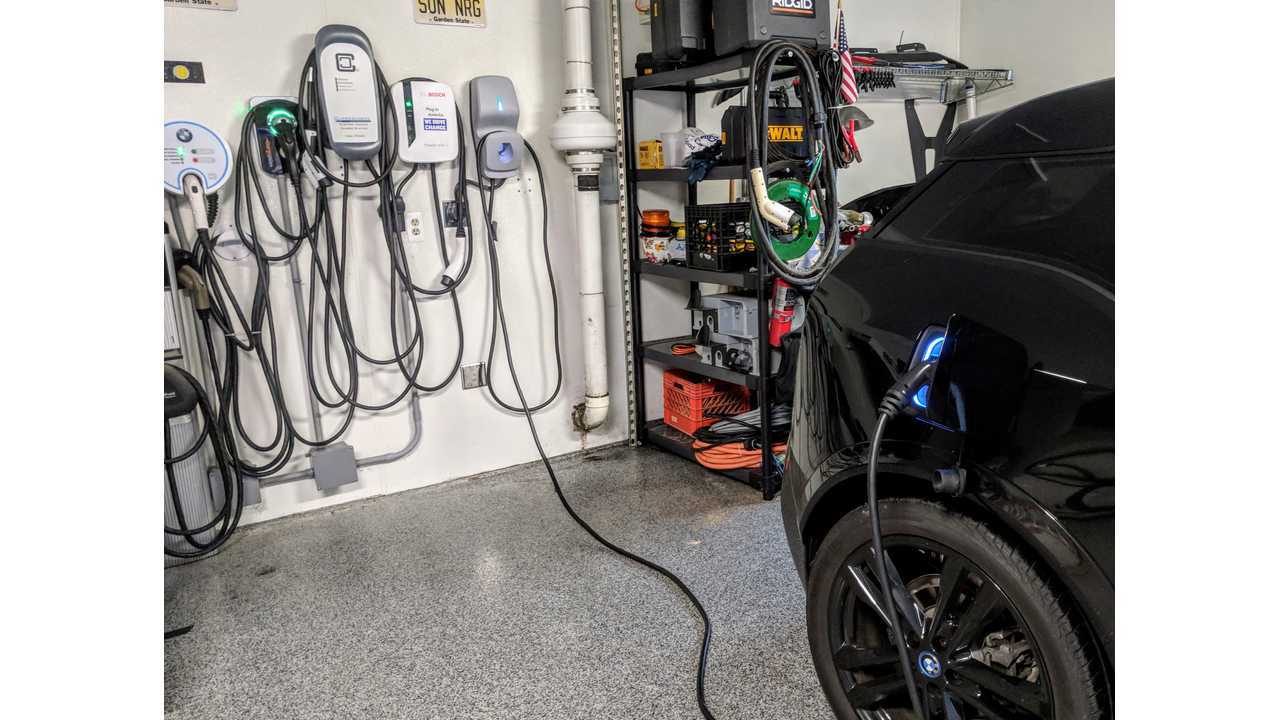 Charging a BMW i3s. The BMW i3s can accept 32-amps so it charged slightly slower on the 30-amp Flo unit than it does on some of the other EVSEs pictured

I used the FLO Home X5 for a week to charge my BMW i3s and it performed flawlessly, as it should. The app displays the amount of electricity you've consumed in the current session, the amperage the car is taking and the duration of the session. The app also records your previous charging sessions so you can view them at a later date. The Home X5 also offers a power-sharing feature which allows the owner to install two FLO units on the same circuit without exceeding the circuit's maximum load. That's a good feature for homes with two EVs and only one available circuit to use for the chargers.

Cons Overall the FLO Home X5 is a good addition to the growing list of electric car charging equipment. It's probably the most solid unit we've ever tested, and that's saying a lot because ClipperCreek units are extremely solid, and made from airline-quality plastic. FLO obviously has confidence in their product, as all FLO EVSEs come with a five-year warranty, which is the best in the business as far as we know. While we like the form, it would be nice if it were slightly smaller, but that's a personal preference, I guess. Of all the EVSEs in our testing garage, only the ClipperCreek HSC line is actually larger than the FLO Home X5 & Home G5.

Its main drawback in our opinion is the current pricing. At $995.00 for the Home G5 base FLO, and $1,295.00 for the connected version, FLO's pricing isn't in line with the competition. Here's a look at how FLO's main competitors stack up in pricing:

It's definitely a high-quality EVSE, so if FLO manages to get the cost down closer to what these three market leaders sell for, then we think they can do well in the US market. However, at double the cost of established competitors, we're not sure how well they will be received.

There's is some good news on the pricing front, though. Just as we were about to post this article, we were contacted by FLO with an InsideEVs exclusive on their pricing and plug-in option. Below is an excerpt from the email we received:

1) Starting this weekend, there will be a permanent price drop on the different models of FLO Home in the US.

2) Also, we will be releasing a plug-in version (with NEMA 6-50 plug) of each model (for the same prices) at the end of October.

OK, well that's definitely a good start. Personally, I think all EVSE's should be available in a plug-in unit. Plug-in EVSEs allow the owner to use one EVSE at multiple locations that they may frequent, and in many cases will reduce the installation cost. As for pricing, the $200.00 drop for the Home G5 as well as for the black (Carbon) Home X5 will definitely help to bridge the gap between FLO and their main competitors.

*Note: We received 1 FLO Home X5 unit to test and use for the basis of an honest review. No other compensation was made.