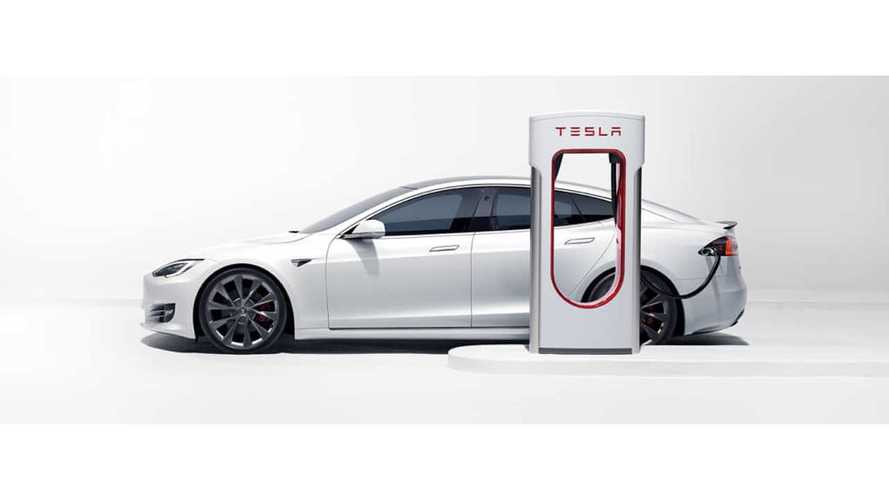 Finally, after quite some time when the V3 Tesla Superchargers with a power output of 250 kW have been available (only on a limited scale) in North America, we can report about the first installation completed in Europe.

Eight 250 kW stalls were deployed at the London Park Royal (Tesla info card) in the UK, joining eight V2 stalls rated at up to 150 kW. In total, there are 16 stalls available - a good thing to have when there are thousands of new Tesla Model 3 to charge from time to time.

"Eight examples of the upgraded Superchargers have been introduced to its service centre in Park Royal, creating the company’s 500th Supercharger station in Europe. This new station also has eight V2 Superchargers, whose peak power has recently been increased by 30kW for a total of 150kW."

A single V3 Supercharger is rated at 1 MW and can supply up to 250 kW to each of four stalls simultaneously. Having eight stalls means that there are two V2 Superchargers (total of 2 MW output). Including eight double V2 Superchargerging stalls (total of 1.2 MW, as every two stands share 150 kW output). The total output power is 3.2 MW or so.

According to the latest news, Tesla is currently installing more V3 Superchargers in Europe, as well as the first units in Asia.

Here is the first example of 250 kW fast charging of Model 3 in London, posted by the Julien GreenDrive: