He obviously does not mention it is subject to fail and that the replacement cost is $3,000.

We have said more than once that Tesla and Elon Musk should be candid to their customers. They should tell them things as they are under the risk of underestimating their audience. Musk’s last tweet on the MCUv1 upgrade is an excellent example of that. Musk dismissed it as “limited entertainment improvements,” but he knows that is not the the real case. So do his Twitter followers.

Check his original message below. It is a response to a question Tesla Owners Silicon Valley did.

Musk promised on March 27, 2018, that people would be able to upgrade their MCUv1 to MCUv2. He also promised a new software that would “accelerate rendering,” and that would make a “big diff,” but people are still waiting for that.

Unlike other things that Musk says and that get immediate approval from his followers, he did not enjoy passive acceptance this time. On the contrary: people want the upgrade and they want it now. Mostly because Musk did not address the main issue with the MCUv1.

Customers are not only concerned about entertainment, but also to the fact that all MCUv1 units are condemned to fail. That’s due to excessive logging, as we have already told you here. When it fails, it will require a new MCUv1. 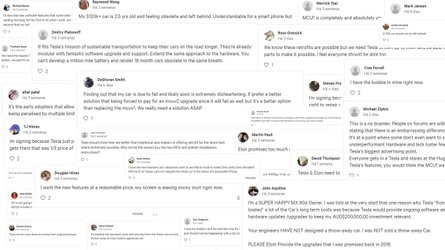 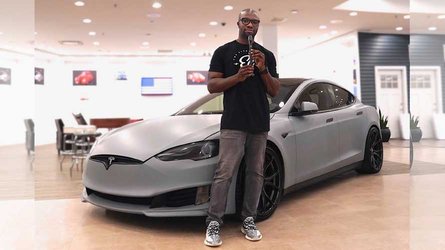 Is $2,000 too much for an MCUv2 upgrade? Well, Tesla charges $3,000 to replace the MCUv1 for a brand-new MCUv1. A refurbished MCUv1 cost $2,443.99, still more than what Musk says the upgrade to MCUv2 would demand. Worse still: the new MCUv1 will also fail with excessive logging unless Tesla corrects that. Will it?

Gallery: Why Do People Want To Upgrade Tesla's MCUv1? Check The Reasons Here

Tesla owners want what Musk promised back in 2018. Some ask that in a polite way, such as James Locke.

His and Her Teslas tell Musk the obvious: they did not ask for his opinion. They asked him for the upgrade.

James reinforces that. Because it is not about “limited entertainment improvements.” Musk sure knows that: even if he has not read our articles about the issue, other people have also written and made videos about it, such as Rich Benoit.

José Fuentes makes one of the most logical attempts to get Musk to offer the upgrade.

David Johnson appeals to a sensible argument: early adopters are the ones that helped Tesla be what it is today. Having the upgrade would be a way to pay back the trust they had in the company.

You can go over all the replies people like Mike, Brian Kent, Neil Leete, Nicholas T. Gallman, Jason Bixler, George, and many others. They complain about the processing speed, the lack of features, and the fact that, without the upgrade, many will just sell cars they would otherwise keep for many years. Probably to buy a new Tesla, but what if the next ones cannot be upgraded as well?

If the upgrade was impossible, Musk should say that. The problem is that people have already done it by themselves, so it isn’t. Whatever the issue is, it is clear Tesla’s CEO is avoiding it. As he avoided correctly saying what the real problem with the MCUv1 is.

We hope he at least makes the upgrade possible. Not only to give these Twitter users what they want but also to help the now more than 5,700 people asking for it in an online petition.