Tesla Skeptic Jim Cramer Has A Huge Change Of Heart

It's a very sad time for the rampant TSLAQ community of TSLA short-sellers.

The legendary — or perhaps infamous in the eyes of some — Jim Cramer said not long ago that he was considering buying his wife a Tesla Model X. He made it clear that they were sold on the Tesla all-electric crossover for various reasons. However, he didn't outwardly state that he was about to also change his TSLA stock forecasts, though he did mention it as you'll see below.

Yes, Cramer is buying a Model X. You know, the least popular Tesla vehicle — not the company's widely successful Model 3 or time-tested Model S — and the one that short-sellers are saying has been trumped by the Audi e-tron and Jaguar I-Pace, which is outright and blatantly untrue. Sure, the I-Pace just had its best U.S. sales month ever, with a whopping 306 delivered.

Meanwhile, the e-tron cranked it up to 621 sold. Still, despite Audi's and Jaguar's increased sales, neither are a match for the Model X overall, in terms of sales, range, performance, etc.

Check Out These Related Articles On Tesla Stock: 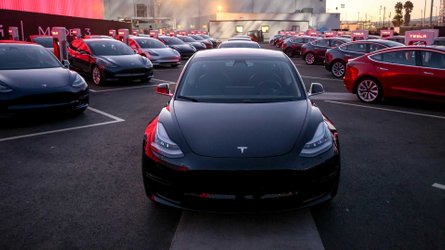 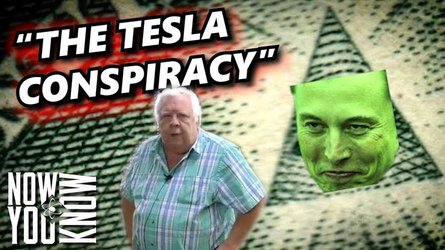 Are Shorters Part Of Conspiracy To Kill Tesla? Why This Makes Sense

For those who don't follow the stock market, we will continue to make it abundantly clear that we at InsideEVs not only don't follow it and don't hold any automotive stock, but honestly admit to not even understanding it on the level of someone like Cramer or any of these "pro" analysts. We're not a financial news outlet and will never claim to be one.

With that said, as Tesla and EV fans, to not notice Cramer's intent to buy a Model X or his sudden change in financial position and advice would be ignorant, so to speak. Below is just a sampling of Cramer's recent tweets or related tweets on the current situation:

Check out Cramer's segment above and then let us know what you think in the comment section down yonder. Keep in mind, just because we're sharing this since it begs to be shared, we're never advising folks related to any financial decisions. That's all on you and those decisions are your own.

Elon Musk "is a great CEO when he can get out of his own way, and that seems to be what he's doing," the "Mad Money" host says.