Towing and range in off-road situations concern the guys at TFLTruck.

This video came to us as a suggestion of a Tesla owner. Manny Freitas got to our Facebook page and sent us the link with the following message:

“I’m a Tesla owner but also a truck owner. Some things need to be done.”

And you are very right, Manny. Towing and off-road range are known issues the future electric pickup trucks – from any manufacturer – will have to solve prior to production. And not a single one of them has presented any solution so far. This is what The Fast Lane Truck YouTube channel proposes to discuss in the video above.

Gallery: How Will Electric Truck Known Problems Be Solved Before Production?

They have already put their Tesla Model X to tests on towing and off-road situations simply because it is the closest EV to a pickup truck. It has proper ground clearance and a towing capacity of 5,000 lbs on 20-in wheels and a little less on 22-in wheels – 3,500 lbs. New ones even come with a standard tow package. 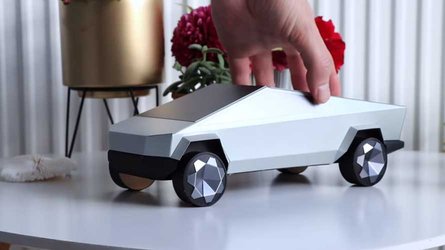 Artist Creates Perfect Tesla Cybertruck Paper Clone: You Can Do It Too 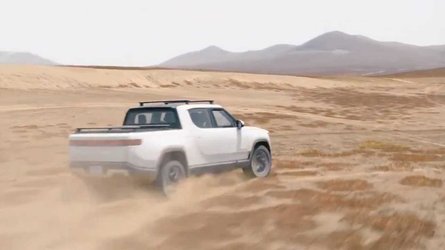 Rivian R1T Is More Than Halfway The Long Way Up: Spotted In Guatemala

On these occasions, the range dropped drastically due to the extra weight and the increased aerodynamic drag the trailers brought to the electric SUV. It fell to a third of what it originally was, or to a little more than 100 miles.

Some EV supporters have been criticizing the approach The Fast Lane Car and TFLTruck have adopted towards these tests. But their results are not very different from the one presented by the Green Car Reports in this article. It is about the EV towing adventures of Fred Hooper, a Pennsylvanian veterinarian, and his wife, Jenny.

Their Model X 100D, with a 295-mi range, saw it reduced by 45 percent to 60 percent. The article claims that towing made them have to stop every 200 mi, but that does not add up. With the lowest range reduction, which corresponds to 132.75 mi, they would have had to stop at each of the remaining 162.25 mi of the way.

And it is even worse: that would allow them to go from no charge to no charge again, something we know that does not happen. People try to have a safety margin to reach their destinations and to protect the battery pack. That said, they probably had to stop each 150 mi, if not earlier.

In off-road trails, the problem is overheating the motors and the challenges the car has to face. They also make the range drop fast, and there is no charging option in the middle of nowhere unless you carry the solar panel trailer Bill Scaglia developed.

But even that would be tough to tow in trails. It would possibly make the range drop even more than it could be recovered.

The video ends with suggestions from the YouTube channel to solve these range concerns. One is faster recharge times, which will not deal with many stops, only with the time you waste in each of them. The other is something we have also thought about: getting the trailer to help.

If EVs are unique and so energy efficient, why wouldn’t their trailers also be different? Our idea was that they could be more aerodynamically efficient and carry a supplementary battery pack. TFLTruck also suggests solar panels and a motor that could help it regenerate braking energy.

There is one more aspect that neither the video nor we had considered before, but that may be the final answer for these problems: new battery technology, with higher energy density.

If we could have double the energy density we have today, that would solve not only towing and off-road issues. It would make EVs as a whole much more appealing to a more substantial amount of customers. But let’s leave that to science with the best of hopes. One day we’ll get there.

Thank you for the tip, Manny!