Chris Fenton is one of our readers and also someone we have already had in our pages at InsideEVs. He had trouble with this Smart Summon right at the beginning. Unfortunately, he had another issue with his Tesla Model S. Burglars broke into his car on December 9 in San Jose, California, but found nothing of value. To make matters worse, the USB stick for the Sentry Mode was full. But Tesla can help get this fixed.

UPDATE: The car is not a Model 3, as previously stated, but a Model S P100D. The article is now corrected.

UPDATE 2: Tesla team members contacted us to try to solve the matter. Fenton will probably have his videos very soon. We'll keep you posted.

Unfortunately, Sentry Mode does not flush old videos. You have to erase them yourself. If you fail to do so, it does not record. Tesla could allow a flushing function or a warning that the USB stick is full, but that does not solve Fenton’s problem. Data sharing does. 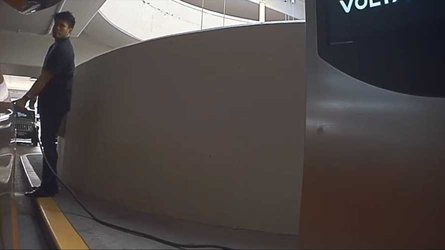 Tesla Unplugging: Harmless Hate Episode Or Quarrel With The Owner?
⠀ 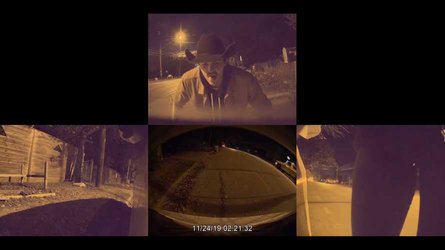 According to this TMC Forum thread, Tesla keeps the videos for 72 hours for the drivers that enable data sharing. Fenton does that. He has tried to contact the company through Twitter and the Service app with no luck so far.

We have reported Tesla does not answer our questions or emails, but it is no relief to hear the company is failing to do that for its clients as well. That is why Fenton reached out for help. This article is the best we can do.

If you work at Tesla, try to check Fenton’s request and to send him the videos of the burglars. Considering the amount of damage they have caused to his car, they must have spent quite a few minutes outside it, and inside it looking for goods. Luckily, Fenton had nothing of value on the car or on the trunk that they could steal.

On the other hand, the damages will cost him some money and time without his car. Fenton only wants to be able to identify the bad guys and help the police arrest them.

“I am a fan of the Sentry Mode collections because it’s a safe backup and it’s opt-out if needed.”

He cannot say the same about the Tesla Service Centers:

“It’s nearly impossible to get a phone number for a service appointment. I have also canceled my Tesla service as the window repair was twice the cost of a Tesla partner.”

Tesla could send him the videos. And lower the prices for this sort of service that is becoming increasingly common, as the glass-breaking butt story showed us a while ago. If you can help ask the company, we promise to publish the video and to try to identify the burglars as soon as possible. Please rush, Tesla: the clock is ticking.