Ford's all-electric Lincoln SUV could become a primary rival to the Rivian R1S.

According to a recent report by Reuters, the upcoming battery-electric Lincoln SUV will be the first Ford vehicle to take advantage of Rivian's underpinnings. Ford has invested in Rivian, so this makes perfect sense. However, Reuters notes that the information came from "several people familiar with the program," so it's not yet official. 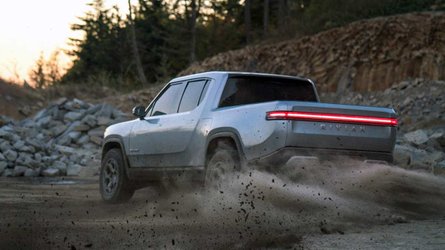 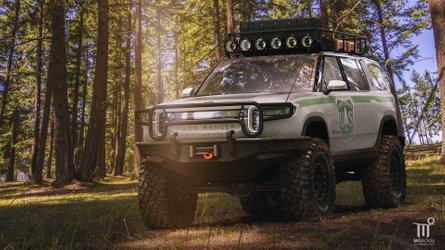 When Ford first invested in Rivian, there was plenty of speculation about how the two companies would plan to work together. Of course, initially, it seemed perhaps the deal would lead to a partnership related to electric pickup trucks. This is because Rivian had already unveiled its R1T, and the Ford F-150 is America's best-selling truck, not to mention the U.S. automaker has plans for an all-electric F-150 in the near future.

Not long after the dust settled, it became clear that Rivian and Ford would each focus on its own electric truck, thus the joint effort would apply to other vehicles. The automaker is making plans to bring an all-wheel-drive battery-electric Lincoln SUV to market by 2022. It could become a primary rival to the ~$70,000 Rivian R1S electric three-row SUV, which is set to hit the market in 2021. Reuters shared:

"Both models will use Rivian’s so-called skateboard, a flexible platform that combines electric motors, batteries, controls and suspension."

"The new Lincoln, which carries the internal program code U787, also could compete with premium offerings from others, including General Motors Co (GM.N), which plans to introduce at least two new electric SUVs by 2023, one for Cadillac and one that could revive the Hummer name, sources have said."

At the time of this writing, Ford has declined to comment on the Reuters story.