The Tesla Cybertruck Is Not A Pickup Truck 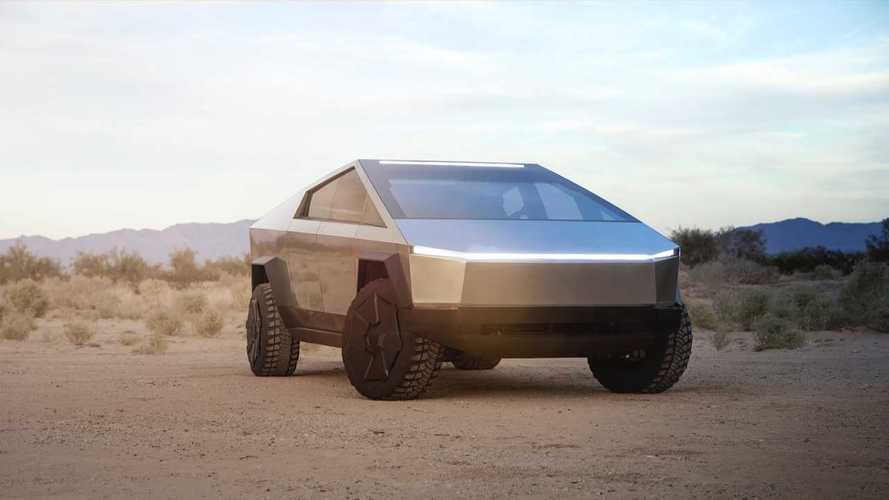 It remains to be seen how popular Tesla’s Cybertruck will be, but it has surely already taken the prize for the most polarizing electric vehicle in history. My initial reaction was probably pretty typical – when I first saw it, I thought Elon had finally lost his mind (he has been under a lot of pressure, after all). But once I read about the features, the specs and the price my shock turned to acceptance, and finally to intense anticipation.

I think the first step on the road to acceptance of the Cybertruck is to forget about calling it a pickup. It may be a pickup (and a hellacious one - see below) in terms of functionality, but in terms of aesthetics (always more important in the auto trade) it’s simply not a pickup, because it doesn’t look like any pickup we’ve ever seen.

In fact, it looks like no other car or truck that’s ever existed outside of a movie set. The stainless steel finish invites a superficial comparison to the Delorean, and Elon said it was influenced by the Lotus S1 Esprit. However, the vehicle it resembles most is the F-117 Nighthawk stealth fighter. Several pundits said it looks like a military vehicle, and a couple said it looks like a house, not like a vehicle at all.

Amid the firestorm over the new product’s appearance, almost nobody is talking about its features, some of which are quite amazing. Whereas just about every other vehicle on the road consists of a body on a frame, the Cybertruck is built around a rigid exoskeleton that “puts the shell on the outside of the car and provides you and your passengers maximum protection.” Like the skateboard design that underpins Models S, Model X, and Model 3, this is nothing less than a revolution in automotive design.

The “Ultra-Hard 30X Cold-Rolled stainless-steel” body is designed not only to keep occupants safe in a collision, but to eliminate trips to the body shop. If Franz von Holzhausen couldn’t dent it with a sledgehammer, what’s a shopping cart or a carelessly opened door going to do? (It’s back to the drawing board for the windows, however.)

Unlike a pickup truck, the Cybertruck doesn’t have a bed, but a 6.5-foot, 100-cubic-foot vault, with a built-in lockable tonneau cover that Tesla claims is strong enough to stand on. Standard air suspension offers up to 16 inches of ground clearance, as well as the ability to raise or lower either end of the vehicle, making it easy to load smaller vehicles such as ATVs or motorcycles.

However, some observers fear that the Cybertruck’s unique looks will spoil the prospect of mass-market acceptance. Most car buyers don’t want unique - they want a car that looks exactly like every other new car on the road, which is why few models deviate from the dominant body style of the decade, and why all pickup trucks sold today are indistinguishable apart from their badging.

We EV boosters dream of a vehicle that can convince some of those millions of Prius-hatin’, coal-rollin’, huge-profit-for-automakers-generatin’ pickup lovers to go electric, and at first glance, the non-conformist Cybertruck doesn’t look like that vehicle. But, who knows? Once the ball cap brigade takes a look at the specs, their aesthetic tastes could evolve.

Elon and company understand perfectly well that their new vehicle won’t be for everybody, but here’s another thing they understand: how to stage a marketing coup. The love-it-or-hate-it Cybertruck will be the talk of every newspaper, mag, blog and podcast for some time to come, sucking publicity oxygen away from Rivian, Lordstown, Ford and GM.

If you’re tempted to write off Tesla’s towering trapezoid as a marketing misstep, this historical tidbit bears repeating: just about everyone who has bet against Elon Musk has ended up with a shirt (or more than one) missing from their closet.