Check Out How It Feels To Ride In The Tesla Cybertruck

It is groundbreaking and familiar at the same time.

The Tesla Cybertruck must have felt more like a concept than like a car people will be able to buy from 2021 on – perhaps only in 2022. So it must have felt exceptional to ride in it. Alex Guberman from the E For Electric YouTube channel had the chance to do that. Guberman was one of the first people at the event to ride inside the vehicle, and he shows it to us in the video above.

Gallery: See How The Tesla Cybertruck Rides With E For Electric

The first thing the pickup truck made us wonder was where were its wing mirrors. It does not have them, so it must have replaced them for cameras, right? The interior did not present side screens for them. Would all rear-view assistance be concentrated on the central display above the MCU? 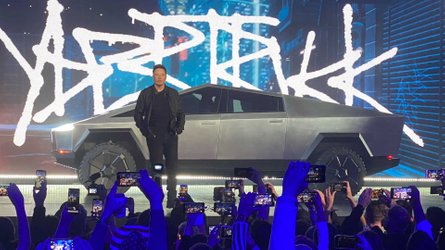 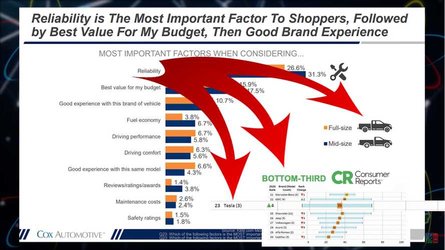 All three passengers on the back seemed to travel with comfort, despite the apparently low roofline. In the first row of seats, there could be one more passenger in the middle, but Tesla probably preferred to let that seat down so that people on the back could get better images. 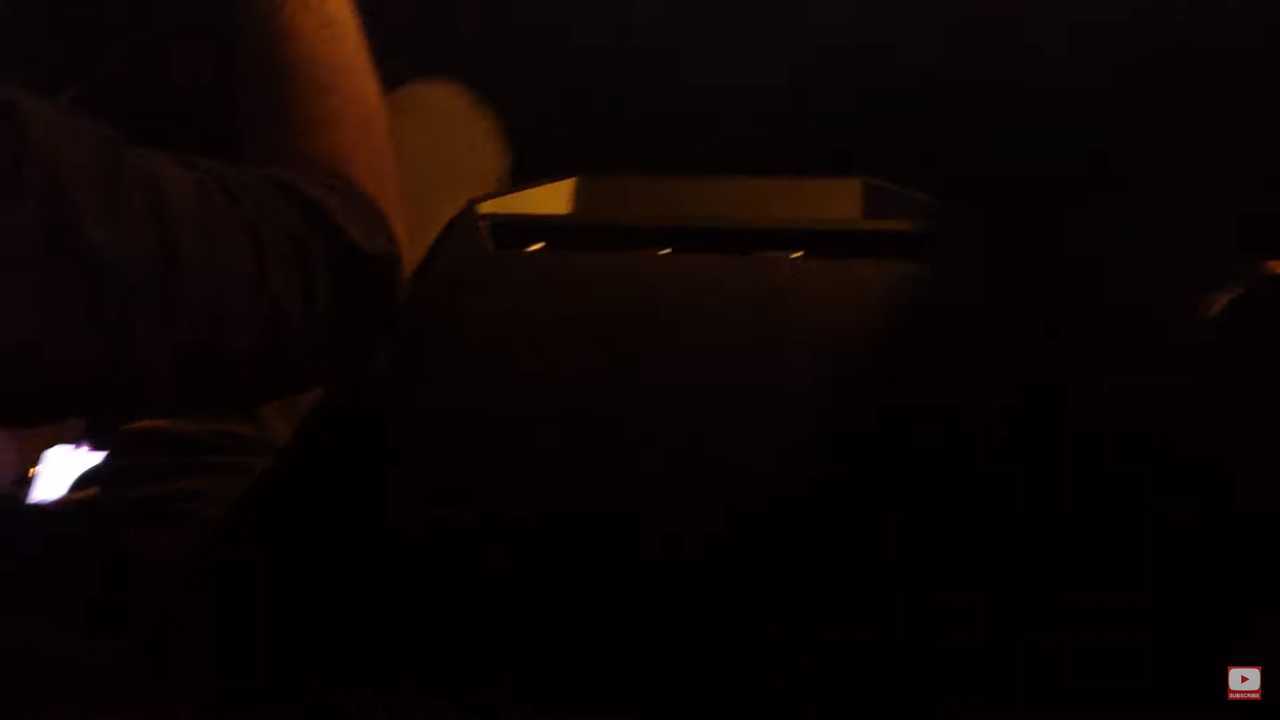 As usual, in these first rides Tesla offers, there was the brutal acceleration moment that all passengers clearly indicated. For their reactions, we can say they felt pretty impressed. 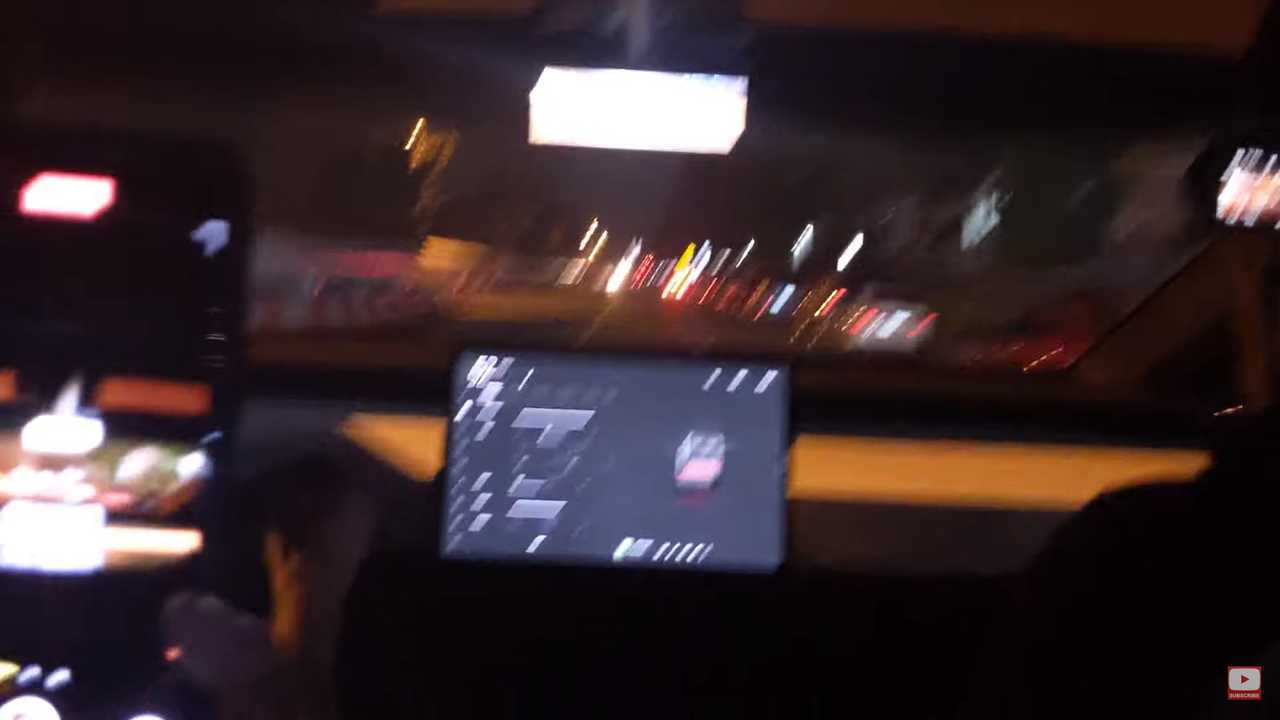 Guberman managed to make images of the back window, which present a good view of what is in the truck bed. The retractable cover was not on, but it should. That would have given the passengers the feeling of how the Cybertruck is supposed to ride most of the time. 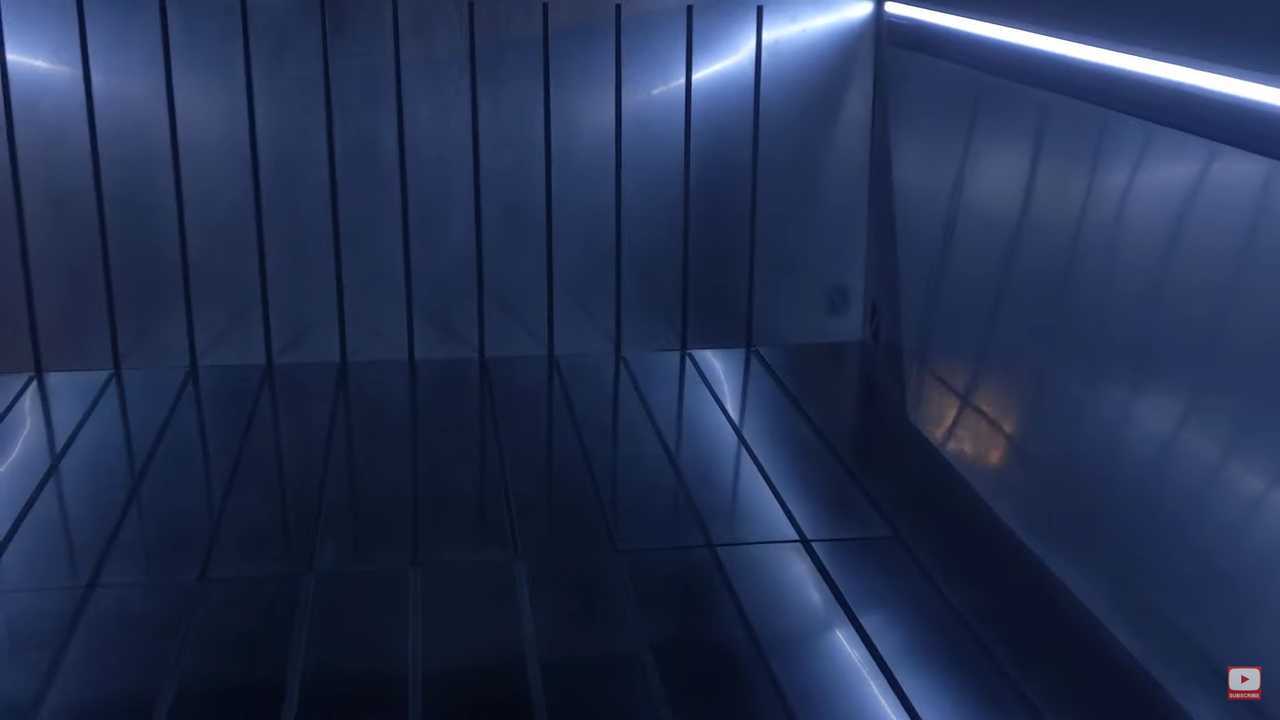 Although it was pretty dark, the glass roof seems to provide a good sense of roominess in the Cybertruck. 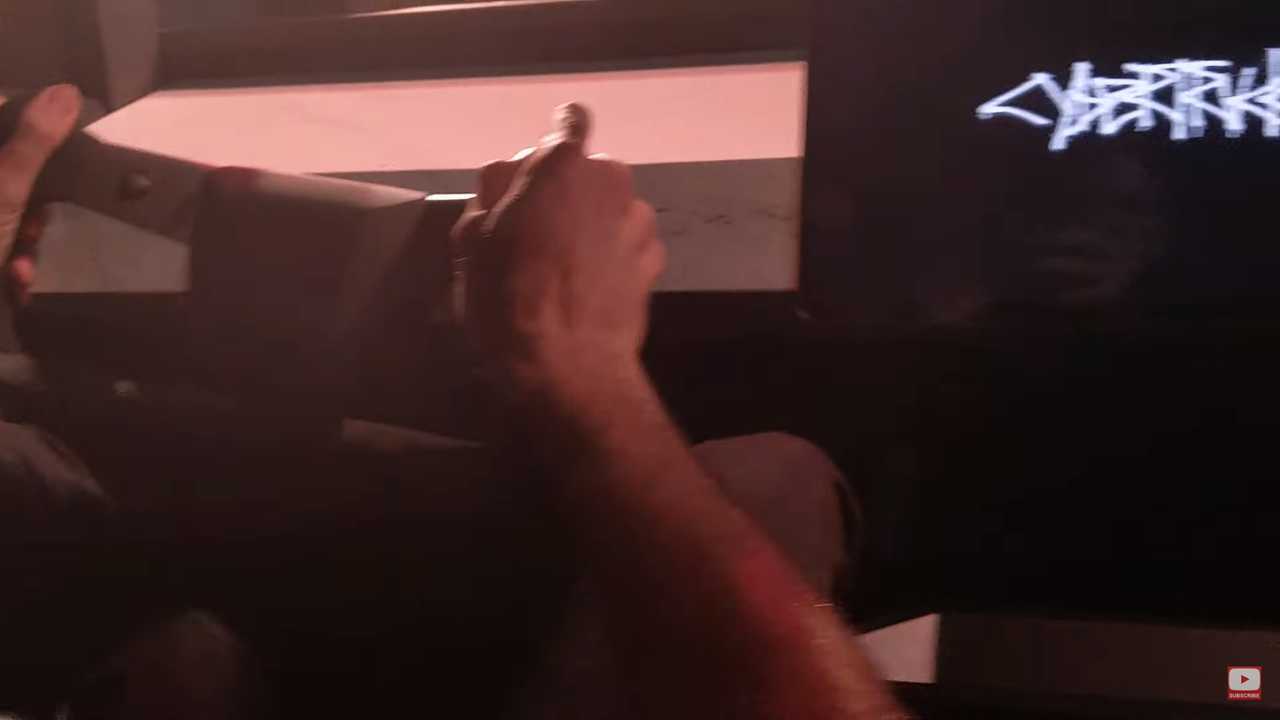 One passenger asks if that is the production steering wheel, even if its format would not allow anyone to call that so. It is more of a control yoke, similar to what we have already seen at the new Roadster. 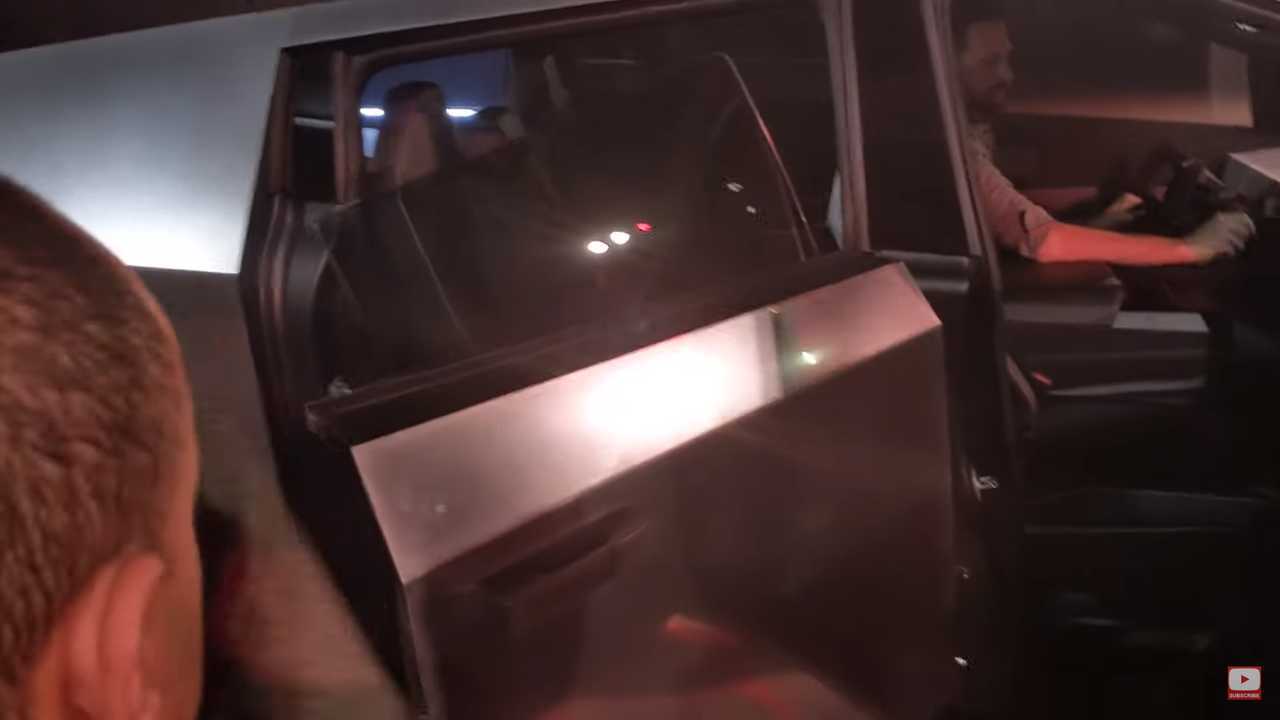 The Tesla crew member driving the Cybertruck says that everything they are doing is to show the pickup truck direction towards production. That’s a good of saying neither yes nor no. He also manages to dodge to state how big the battery actually is by quoting the ranges already announced.  The ride ends shortly after that. 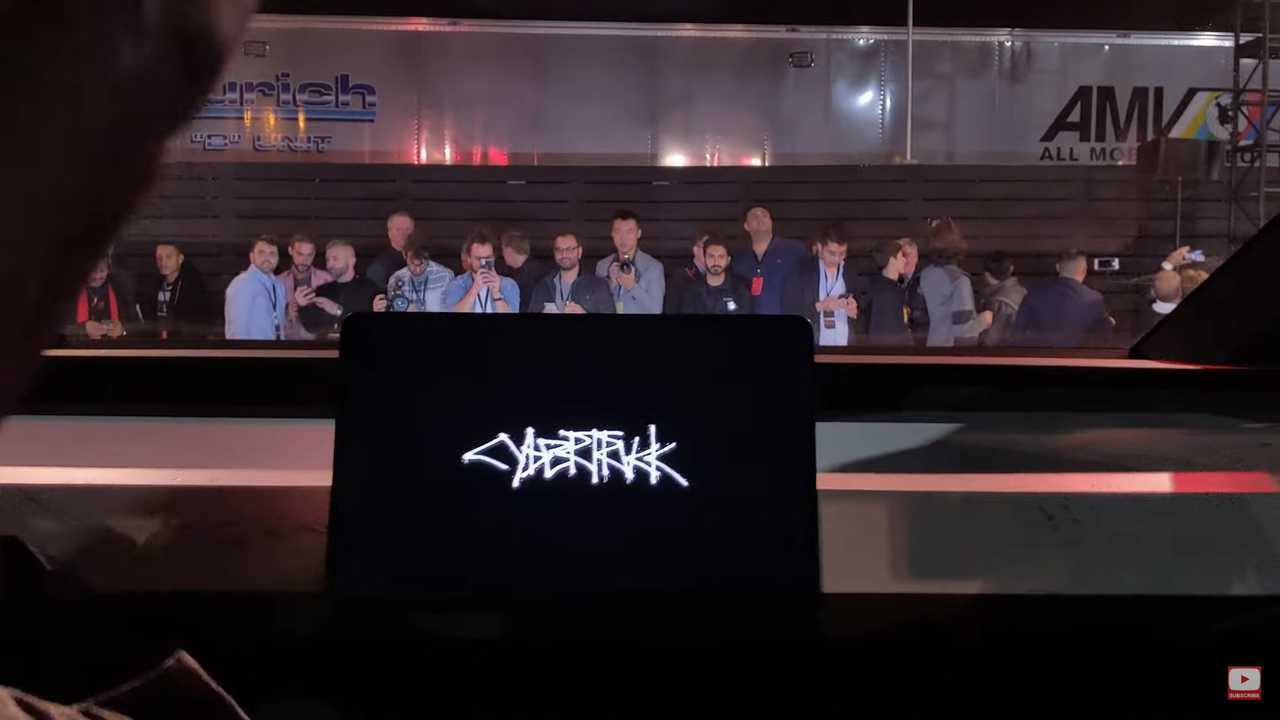 How many prototypes were used in these rides? Only one? That would be nice to know. In case you were there and can tell us, please use the comments to do so.