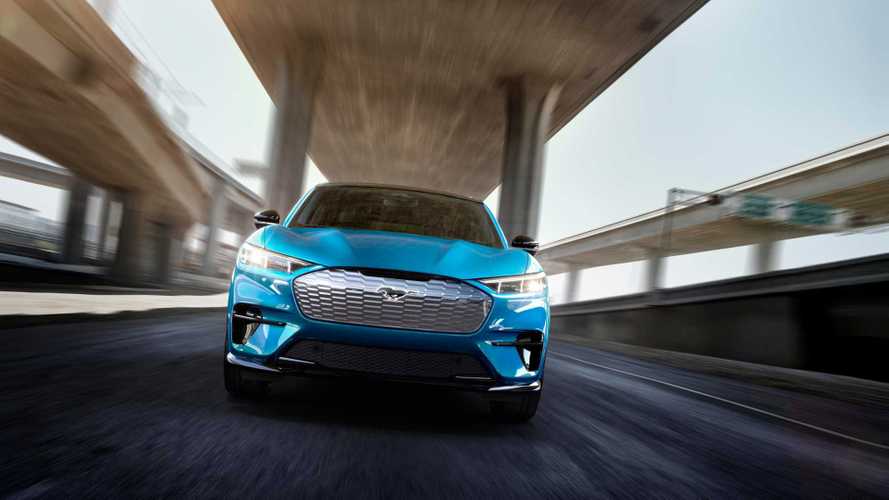 We get the answer to one of the most asked questions about the Mustang Mach-E.

Fortunately, Ford provided quite a bit of valuable information about its upcoming all-electric Mustang Mach-E at its recent debut event. However, there are still some unanswered questions. One of the most important questions is, "How many Mustang Mach-E vehicles does Ford plan to produce?" We'd also like to know Ford's sales projections for the vehicle.

With the event just preceding the LA Auto Show, now there will be a plethora of automotive reporters, industry experts, and influencers working to get answers.

Late last evening, Ford industry expert and The Detroit News automotive reporter Ian Thibodeau tweeted the initial answer to the above question. Apparently, Ford plans to produce about 50,000 Mustang Mach-E's in year one, but that number is only limited due to battery availability. This information came directly from Ford President of Automotive Joe Hinrichs.

To put it in perspective, that's about 4,000 Mach-E's per month. Looking at our EV sales scorecard reveals that Audi e-tron U.S. sales are averaging about 600 per month. Jaguar I-Pace sales come in much lower, at about 200 per month. Perhaps a better comparison may be Chevrolet Bolt sales, which stand at an average of about 1,500 per month.

If we look back, GM sold ~23,000 Bolt EVs in the first full year of the car's production, so just shy of about 2,000 per month. Ford's plans to produce and sell double that number are promising.

Now that we know Ford's initial plans, it's just a waiting game to see how popular the car becomes and if Ford can pull it off.