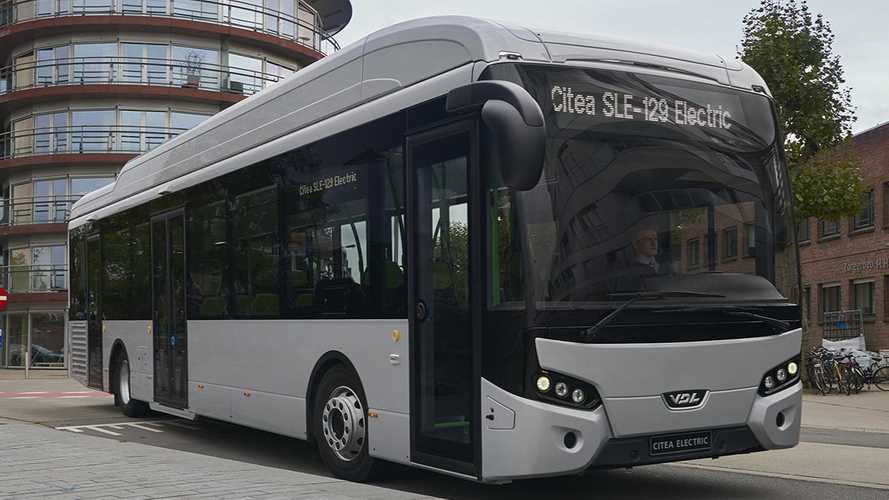 The Dutch manufacturer sold about 900 electric buses (over 450 were already deployed).

"The Citea SLE-129 Electric, a full-size Low Entry public transport bus, will be shown for the first time during Busworld in Brussels. It is based on the proven SLF powertrain and equipped with a 288 kWh high capacity battery pack. This way, the bus is more suitable for regional use, with longer intervals between charging. Rapid charging is via either a roof-mounted or infrastructure-mounted pantograph. The arrangement that will be shown is based on a maximum number of forward-facing seats and also includes a third door. This means that the bus meets the specific requirements that the Scandinavian market, among others, places on a Low Entry bus used for both city and regional service."

VDL already delivered more than 450 electric buses in Europe (as of September), which covered some 40 million kilometers (25 million miles). According to the press release, those buses are adding some 75,000 km daily. 300 or two-thirds of those buses were deployed in the Netherlands.

VDL's EV business seems to boom now as 420 will be delivered by the end of this year, which almost matches all deliveries since 2015!

The total at about 870 deliveries as of the end of 2019 positions the brand at the forefront of electric bus manufacturers in Europe.

The next step for VDL is a new factory, that will be built in Roeselare, Belgium, focused on electric buses. Production to start in 2021.

Peter Wouters, Managing Director of the factory in Roeselare said:

“This location will be fully dedicated to ‘green’ buses. The production process will be designed to build electrically powered buses as efficiently as possible. This process will be made entirely energy-neutral through the use of ‘green’ technology.”