You were not supposed to see it before November 17.

When you talk about cars, the expression “that was fast” tends to become cliché. But it is still the most fitting to describe what happened to the Ford Mustang-inspired electric SUV.

Ford disclosed the electric crossover inspired by the Mustang would have its world première on November 17 less than 24 hours ago. Now, an Allcarnews rendering artist revealed how the vehicle would look like based on presumably official CAD images.

We have no idea how he managed to get these images from “insiders,” but there is little doubt that we are seeing the real deal. The body shape matches the teaser the company recently released and present a crossover coupé with a very familiar shape. It reminds us of the best-selling pony car in history.

Just like the Mustang, Ford probably wants this vehicle to have a fantastic start, with sales largely surpassing the most optimistic forecasts. The electric crossover seems to have what it takes to get there. 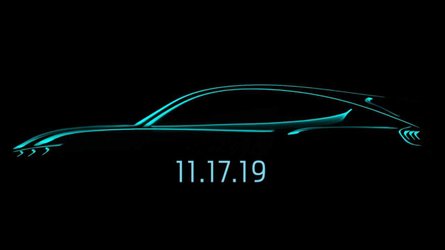 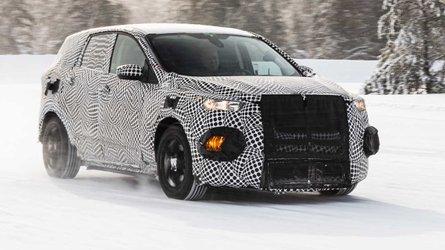 Regarding range, it is expected to offer a minimum of 300 mi (484 km). That will be improved to 373 miles (600 km) of range – under the WLTP cycle – for the top of the line derivative. When the vehicle offers a high-performance version, it will probably have a little less range than that. Just like the Tesla Model S.

Expect for a vehicle with front and rear axle motors, for AWD, and lots of competitors. Besides the new Mazda MX-30 and the future Nissan Ariya recently presented at the Tokyo Motor Show, we will also see the VW ID.4, the Tesla Model Y, and a competitor from GM that is yet to reveal its name.

Like the Japanese contenders, the Ford Mustang-inspired SUV deliveries will start somewhere in 2020. Pricing for the Model Y starts at $48,000, so expect the Ford to undercut that. That is the best way for this Mustang lookalike to be more desirable than its looks alone may allow it to be.