Perhaps this will convince people of EV's prowess?

The wildly popular Formula E electric racing series has spawned a spinoff. Extreme E will showcase electric vehicles as they take on the most punishing off-road terrain on the planet, from Arctic cold to desert heat. The first race of the new series will take place in Greenland in 2021, and organizers are currently reconnoitering sites for four more races in other regions of the world. 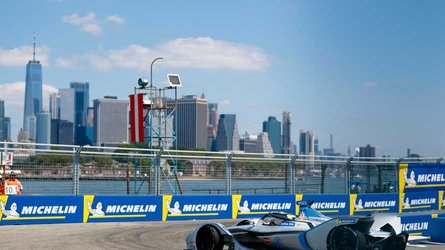 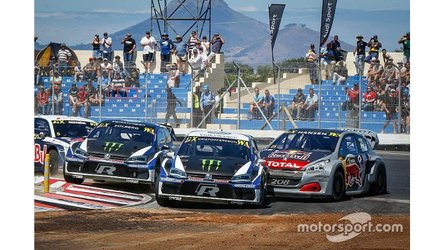 Above: A look at the all-electric ODYSSEY 21 which will be participating in these upcoming off-road races (Source: Extreme E)

The three-day event, which will be Greenland’s first-ever auto race, will take place on the sandbars in view of the Russell Glacier in Kangerlussuaq, in the western region of the island. “The routes will be designed to incorporate existing obstacles and features with elevation changes and jumps without the need to adapt the environment,” according to Extreme E. “Track designers are being tasked with selecting course options which provide the most challenging, exciting racing action whilst crucially generating no negative impact from either environmental or social perspectives.”

“As well as being a serious motor racing series, Extreme E has a strong sporting purpose to promote the adoption of electric mobility in the fight to lower global emission levels, an issue we can no longer ignore, especially here in Greenland,” said Formula E CEO Alejandro Agag. “Together with Greenland’s government, backed by climate experts from Cambridge University, we will create a sensational sporting competition with the most incredible natural backdrop, which, crucially, will double as a catalyst for positive awareness, education, and scientific research, aiming to leave only positive impact behind when we depart.”

Above: Inside Extreme E's radical new concept for all-electric racing in the most remote corners of the planet (YouTube: Extreme E Live)

Jess Svane, Greenland’s Minister for Industry, Energy and Research, said, “We are very pleased with Extreme E’s vision to highlight climate change. This correlates perfectly with our own green agenda. Today around 70 percent of all public energy supply is from renewable energy resources and we are firmly committed to increase this further in the years to come.”

Extreme E is developing plans to track and monitor teams’ emission levels in each location, and may offer sporting and financial incentives to those which achieve the lowest overall outputs.