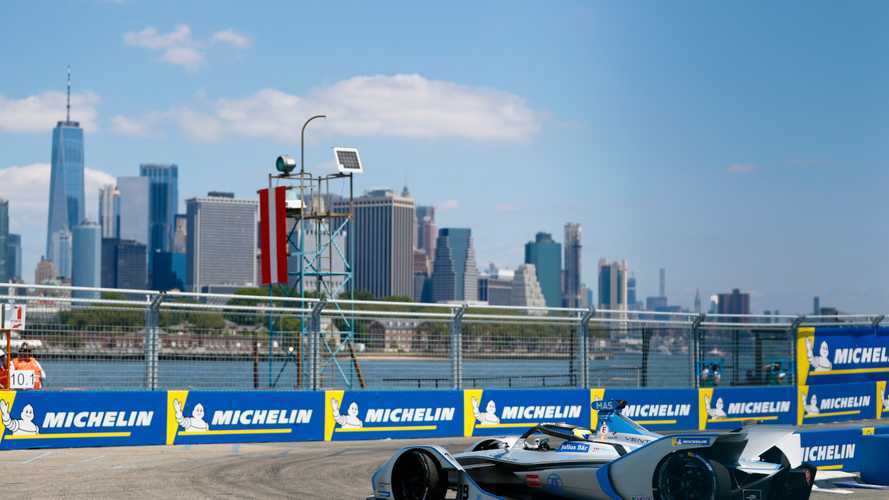 We get exclusive, up-close access to team Venturi at Formula E in Brooklyn

Formula E Season 5 is now in the books, with Chinese team DS Techeetah taking the overall season crown. The final weekend of the season just passed, with the last two races being held in Red Hook, Brooklyn, and InsideEVs was on hand, courtesy of a company named ZF.

ZF is a huge automotive parts supplier and is probably one of the biggest companies that you've never heard of. They have over 155,000 employees and have offices in five continents. ZF supplies dampers for over 70% of the Formula E racing teams and provides the entire powertrain (motor, power electronics, inverters) for the Venturi Formula E racing team.

As a guest of ZF, we were given amazing access to Team Venturi at Formula E in NYC this weekend, including the ability to interview both Venturi Formula E drivers, Felipe Massa and Edoardo Mortara the night before the first race of the weekend.

However, he guesses that he uses the regenerative braking system for close to 80% of his deceleration needs because it's necessary to recoup as much power as possible in order to have enough power to finish the race. Most of the cars finish the race with only 1% - 3% SOC remaining, so every time they need to slow down, they need to use the regen as much as possible.

We then asked Massa how he felt about electric cars in general, and he was genuinely enthusiastic. He said "it's unbelievable to see how quickly things are changing with EVs and how great a job some of the companies making electric cars are doing" He also added that having an electric car can be difficult if there isn't an adequate public charging infrastructure.

He said the US is a great country, and he can see that public charging infrastructure is beginning to really proliferate, but that's not the case everywhere. In his home country of Brazil, for instance, he doesn't think there are enough public chargers to make living with an EV very convenient.

The steering wheel looks like it's a video game!

Unfortunately, it wasn't a great weekend for the two Venturi drivers. Edoardo Mortara didn't finish either race, and Felipe Massa finished 16th on Saturday, and 17th on Sunday. After the first race on Saturday, both drivers offered their thoughts on how the race went that day:

"It was a disappointing end to the race for us. We had very strong pace today – starting on the penultimate row and coming back to the top 10. I was eighth or ninth, I was feeling really confident and really strong compared to the cars in front, with the possibility to move even further up – but then unnecessary contact ended my race. The driving standards have been like this the entire season, so I don’t see it changing – but in this case I think it was actually just an unfortunate incident, there were no bad intentions from anybody. It’s hard racing out there but it is what it is. For tomorrow, everything depends on Qualifying. If today we had qualified higher up, I’m pretty sure we would have finished right up at the front. We overtook 14 cars on track today, so the pace was clearly there. I hope we can keep that up and do better tomorrow.”
Edoardo Mortara, VENTURI Formula E Team driver

“The race was going well. I managed to overtake some quick cars, I avoided some collisions – even if there were a few little touches that meant for half the race the steering wheel was not straight! I got to the second to last lap in P8 all the way from a P20 start, with a good gap in front of Vergne – but then he tried a kamikaze move on the brakes at the end of the main straight. When I saw him coming, I knew he would not be able to stop. In the end it created a huge accident. He destroyed my race and destroyed his Championship today. Tomorrow we start from zero. I hope we can have a good Qualifying and start from a better position – but you know that the race tomorrow will for sure also be crazy, so, as always we need to be ready for anything.”
Felipe Massa, VENTURI Formula E Team driver

One of team Venturi's cars shortly before the race. The canister on the side of the car is filled with dry ice, and is pumping the cold air into the car to cool the battery, motor and power electronics for the race.