Every once in a while, we watch meme videos of lousy driving that seem to have been staged. It seems impossible that there are people that have so poor driving skills. They go back and forth doing the same mistakes over and over. They hit other cars. To sum up, they are a mess. Well, these guys really exist, as the Tesla Sentry Mode helped us to witness in the video above.

Check all four hits below – the images are not the same, just similar:

Gallery: Check All Four Times A Saturn Ion Bumped Into A Tesla

The video publisher writes a “lady” is driving the first-generation Saturn Ion, a car that makes it all the more ironic. We also read in the description that she bumped her Ion into the parked Tesla three times. But that could be just the publisher’s impression, which is not correct, at least as it relates to the total number of hits. 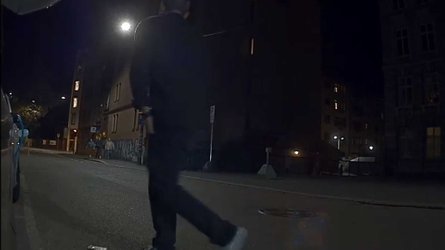 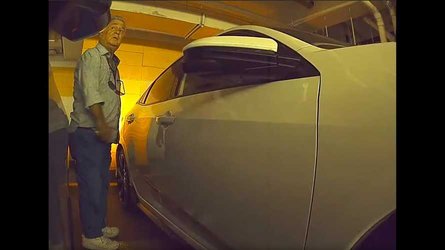 We counted the Ion bumping into the Tesla’s left side four times. Then the video suddenly stops. It does not follow the progress of the Ion driver in getting out of the parking spot. As far as we know, it could have hit the Tesla four more times before finally exiting. We cannot say for sure.

Regarding the Saturn driver’s sex, we could not say if it was a woman or a man at the steering wheel. The person there seems to have long hair, but there are men with long hair as well. It could be Howard Stern at the wheel, for example, but we doubt Fartman or Loretta would be this bad at driving.

Unfortunately, we have no idea if the Ion driver left a note proposing to cover the damages on the Tesla’s left doors. If he – or she – did it, there is no need to say the Ion’s license plate is 7MRJ116. From California. If he – or she – did not do it, that will be easy to find him – or her – thanks to Sentry’s footage.

In case he – or she – is ever contacted, please do us a favor and check if the human being in question really drives that badly or if this comedy sketch is the result of DUI. We would almost prefer the latter was the case. If it is not, that means some people bump four times or more on other people’s cars with a proper driving license. And that is not funny.