Rubbing body panels that decide to rust and rot away?

The Tesla Model 3 deserves many compliments for being fun to drive, safe, and relatively affordable, but it also has had some issues. Ask Joni Savolainen, from Finland, about them. Or Roger-Pierre Gravel, from Canada. The paint in their cars is too thin and soft. When it gets hit by sand and small stones, it peels. Tesla says this is not its responsibility, but these owners are not willing to take that as an answer.

***UPDATE: It turns out that this rusting Model 3 was involved in a couple of crashes, which may help to explain why there's a rust issue. Check out our latest story on this at the link directly below:

Was This Rust Issue On A Model 3 Tesla's Fault? 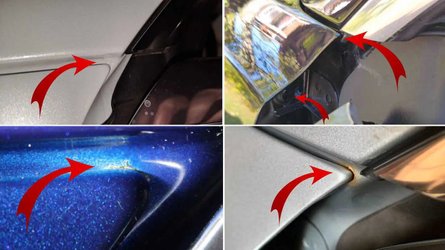 We don’t know how Matt Shumaker will handle his rust problem, but it has an entirely different cause, as you will see in the video above and image gallery below:

Shumaker noticed his Tesla Model 3 had a problem right at the bottom of the driver's side A-pillar. In a place no stones could ever manage to hit unless they were thrown there on purpose by a dart world champion. 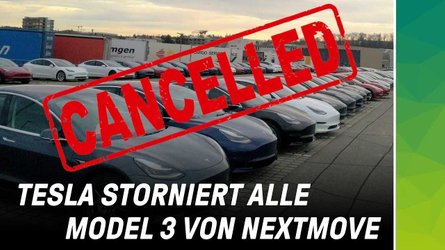 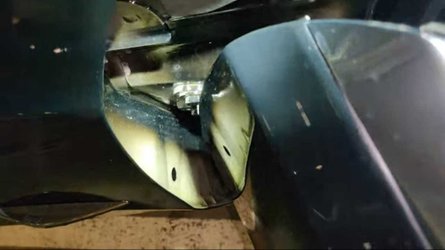 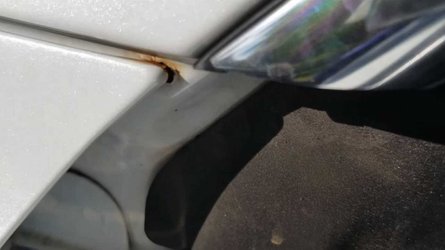 Was This Rust Issue On A Model 3 Tesla's Fault?
⠀ 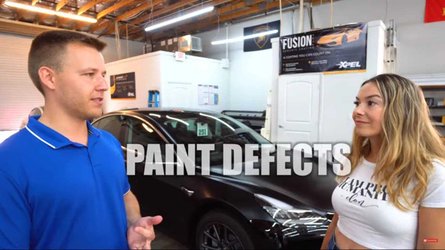 When he inspected it more closely, he saw it was a rust point. He mentions that it is precisely where the corner of the front fender panel touches the car structure. A very odd place indeed for rust to build up.

It is as if the front fender rubbed the car structure to the point of exposing the steel and making it start to rot. And that is not supposed to happen at all. We are not talking about moving parts of any sort.

The front fenders are welded to the car structure and typically dived in a pool of electrostatic coating that reaches all parts of the car body. Some companies even dive the body with doors, hood, and trunk lid in place, as this video of the painting process of a BMW 6 Series shows.

After this primer coat dries, the car body is painted by robots or people. So Shumaker's case is really odd. Rust should never show up in A-pillars. Probably because the front fender panel is just too close to the car structure, a manufacturing issue that will have to be addressed.

As the car body can flex a little when dealing with potholes or speed bumps, it was probably enough for the body panels to rub and to peel the paint in that exact spot.

Do you know of any similar situations, or is this a one of a kind happening? Tells us about it in the comments and let us know of any other strange places for rust in a Model 3 that you have heard about — or seen with your own eyes.