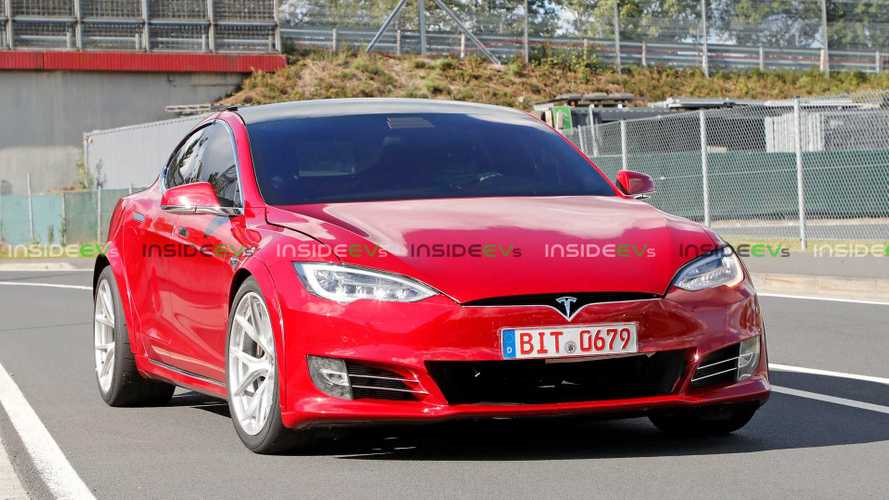 This was witnessed during practice rounds.

We know that there are a few Tesla Model S vehicles practicing at the 'Ring in preparation for an official run on September 21st. We also learned that, aside from Nico Rosberg's offer to drive, Nurburgring expert Thomas Mutsch is confirmed as one of the drivers.

According to German car magazine Auto Motor und Sport, as reported by Electrek, Mutsch has already beat the Porsche Taycan's record time by about 20 seconds. Keep in mind, this information was provided by a witness and is unofficial. It was also just timed "by hand." Regardless, a 20-second lead in practice rounds is pretty incredible.

If true, the unofficial Taycan record was unofficially broken in a Tesla Model S with the prototype "Plaid" powertrain. The car features three motors and several other performance-enhancing upgrades, as well as seven seats, which we find very strange.

According to the witness from the German magazine, Mutsch pulled off a whopping 7:23 lap time. The Taycan's time came in at 7:42. The article shares (translated):

“But what the new drive can do he has already shown on some very fast laps. Our observer reports a hand-stopped lap time of 7:23 minutes – as I said: hand-stopped with corresponding inaccuracies. But that would be about 20 seconds faster than that Porsche Taycan. The weather conditions on Monday (16.9.) were rather cool with 18 degrees and heavy cloud cover.”

It would be truly amazing if after Mutsch gets really acquainted with the Model S Plaid, Tesla put him in a regular, production-level Performance "Raven" to get an idea of what time it can achieve. Do you think it would be a full 20 seconds slower?

We'll have to wait to learn exactly how many Tesla vehicles are at the 'Ring — Auto Motor und Sport reports that Mutsch is joined on team Tesla by the Nordschleife-experienced Andreas Simonsen and Swedish driver Carl Rydquist — and what the plan of action is.