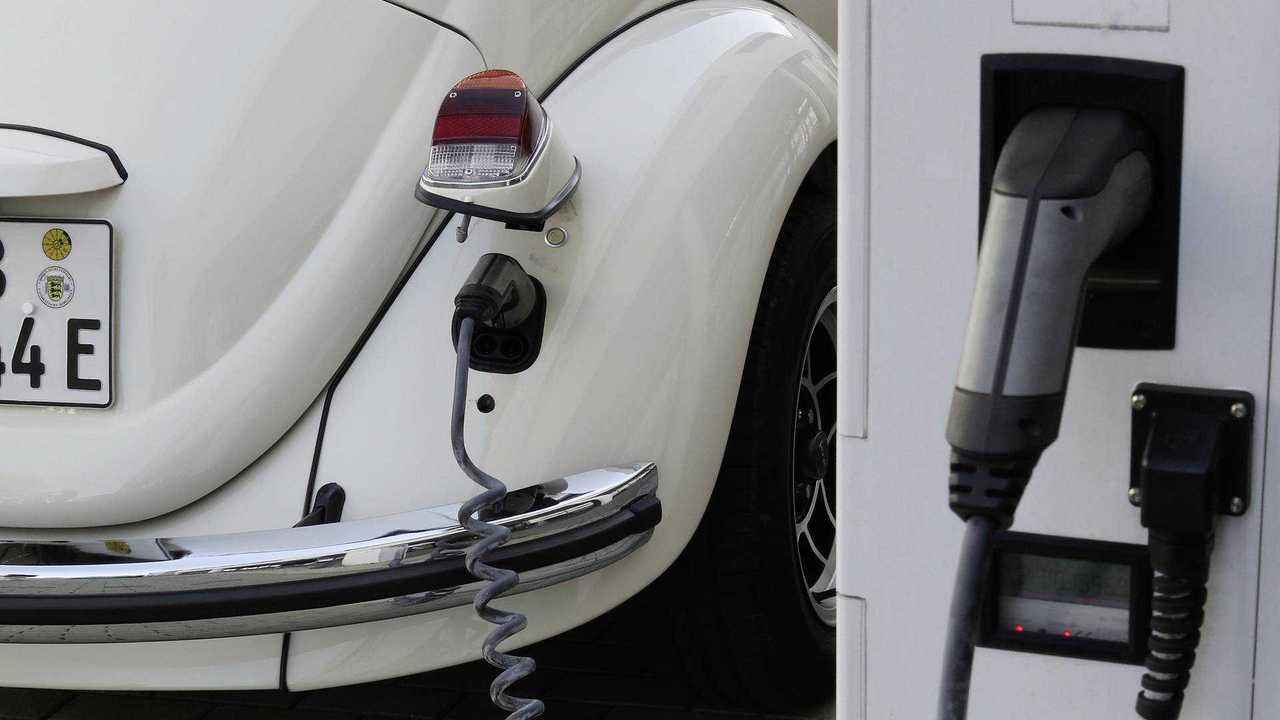 Who said we would not hear from VW’s old-timer again?

We are about to go to the 2019 Frankfurt Motor Show and have decided to check the exhibitors. One of them is called eKäfer GmbH & Co. KG. We have sent it a few questions. In fact, it is Murschel, a company that apparently changed its name to eClassics GmbH & Co. KG. Their team was a little secretive, and now we know why: it was a pleasant surprise to discover Volkswagen is involved with eClassics to put the eKäfer in production. Outside of Germany, you will call it by many different names: e-Beetle, e-Vocho, e-Fusca, e-Coccinelle, e-Carocha, e-Maggiolino, to name a few.

Thomas Schmall, former VW of Brazil’s president, is now a Member of the Board of Management of Volkswagen Group Components. And the eKäfer project is a very appropriate way to make the German carmaker achieve its goal of becoming a reference in electric mobility. Only in a very different way.

The company’s primary goal is to make the MEB platform available for small manufacturers – such as e-Go . In that sense, supplying e-up! components to make the Beetle electric is ironic.

After all, it was the Beetle’s chassis and powertrains that made small manufacturers possible in the past, such as Meyers Manx, Gurgel, Puma, and many kit car producers. Automotive evidence that what goes around comes around.

The eKäfer – as eClassics originally calls the e-Beetle – has 14 battery modules borrowed from the e-up! mounted underbody, as we already mentioned. Each of them delivers 2.6 kWh, for a total of 36.8 kWh. The electric motor also comes from the e-up! It generates 60 kW or 80 hp.

While the car is still treated as a concept, there are plans to sell it really soon. Not only the eKäfer, by the way. “We are already working together to prepare the platform for the Bus. An e-Porsche 356 could also be pursued in the future,” said Schmall.

Volkswagen says it is even considering to use the MEB with classic cars. We just wonder how it could do it without compromising the original structure.

Regarding the e-Beetle, it is not precisely a rear-engined car anymore. Or “rear-motored,” which would be more correct speaking of an electric vehicle. The e-up! motor is placed over the rear axle, which allowed eClassics to offer a proper trunk on the eKäfer.

Another visible change is the charging port, hidden under the right tail light. Larger side sills were created to hide the battery pack. The final touch is the digital element on the analogic speedometer. All that tells the eKäfer from a regular one.

Before VW got involved, Murschel – or eClassics – used to take people for a ride in their eKäfer along the Black Forest. “We already offer the possibility to rent an eKäfer for special occasions and tours in the Black Forest, in the Allgäu, and Berlin. People are always very happy about the sight of the historic and original VW and are always amazed and excited at the e-drive experience!” said Uschi Sabine Harrer, Marketing manager for eClassics.

And you thought Volkswagen would retire the Beetle for good, right? Not now. Probably not ever.

Premiere: New energy for the Beetle

09/05/19, Wolfsburg (Germany) - Volkswagen Group Components presents a holistic concept with its partner eClassics for the subsequent electrification of the historic Volkswagen Beetle. The conversion exclusively uses new parts they have mutually agreed on from the series production of Volkswagen Group Components. The electric drive, the 1-speed gearbox and the battery system are based on the new VW e-up!1. The conversion of the historic Beetle is being carried out by the specialist company eClassics. Its premiere is being celebrated with a near-production version of the e-Beetle at the International Motor Show (IAA) in Frankfurt, Germany.

“The electrified Beetle combines the charm of our classic car with the mobility of the future. Innovative e-components from Volkswagen Group Components are under the bonnet – we work with them to electrify historically important vehicles, in what is an emotional process,” explains Thomas Schmall, Member of the Board of Management of Volkswagen Group Components. “We are also providing Beetle owners with a professional conversion solution, using production parts of the highest quality.”

The technical basis for the conversion is provided by tested production parts from Volkswagen’s new e-up! These are manufactured at Volkswagen Group Components production sites. As a result, the electric engine and the 1-speed gearbox are produced in Kassel, while the battery system components are supplied from Brunswick.

The components from Kassel and Brunswick work together in the e-Beetle as an electric drive that reaches performance peaks of 60°kW /82°PS. The battery system is built into the underbody and consists of up to 14 modules, each with a capacity of 2.6 kWh. The lithium-ion battery modules cumulatively deliver energy of up to 36.8 kWh. The higher performance and the increased weight due to the extent of electrification require the adaptation and reinforcement of the chassis and the brakes. Despite the new total weight of 1,280 kg, the e-Beetle accelerates to 50 km/h in just under four seconds and to 80 km in just over eight seconds. The range of the e-Beetle, which reaches top speeds of up to 150 km/h, is 200 km – a comfortable distance for a relaxing day out in an electrified classic car. In the event that the e-Beetle runs out of electricity during the trip, the built-in series-produced components allow for fast charging via a combined charging system. As a result, the e-Beetle can store enough energy for a journey of over 150 km after charging for around an hour.

Concept can be transferred to other historic vehicles

Based on this concept, the subsequent electrification of other historic vehicles will also be possible. Schmall says, “We are already working together to prepare the platform for the Bus. An e-Porsche 356 could also be pursued in the future.” The use of the modular electric drive matrix (MEB) is also being considered. This creates additional opportunities regarding performance and range.