Tesla Killers Continue To Wait For An Appropriate Striking Time 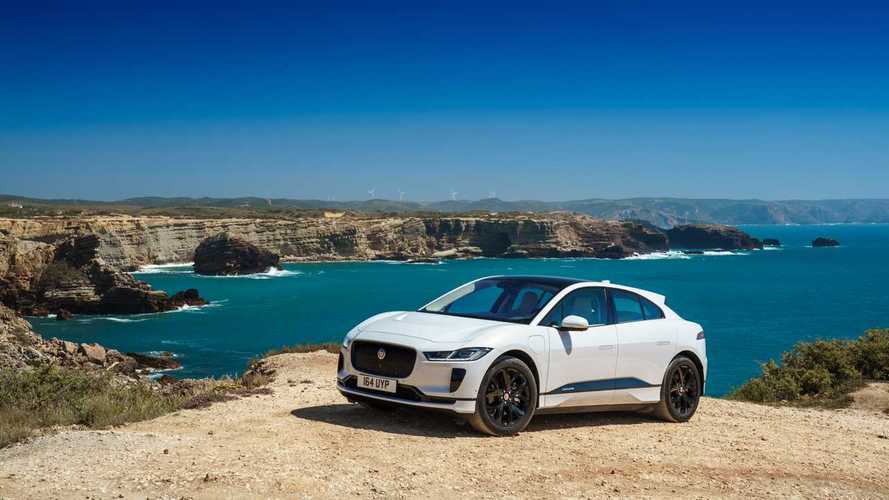 The perennial press conceit of the “Tesla killers” is like a thrilling murder mystery - except that we’re still waiting for the murder to occur, and the usual suspects don’t seem to present any clear and present danger.

A recent report from the investment firm Bernstein asserts that the Audi e-tron and Jaguar I-Pace are stealing market share from the Tesla Model S and Model X. “Our analysis suggests that the deteriorating sales trajectory of the Model S and X may be primarily due to competition, particularly in Europe, from Jaguar and Audi,” writes the respected auto analyst Toni Sacconaghi (via Electrek).

It’s true that sales of Tesla’s two more mature models have declined this year - in the first half, the company delivered about 4,000 Model S and 3,500 Model X in Europe, while the Audi e-tron and Jaguar I-Pace each moved over 6,000 units. However, as Electrek’s Fred Lambert pointed out, that’s small potatoes compared to Model 3, which sold over 37,000 units in Europe in the first half. So, while Audi and JLR have surely stolen some buyers from Tesla, the biggest thief of Tesla’s market share is almost certainly Tesla.

In fact, neither the Audi nor the Jag is among the five top-selling EV models in Europe - the Tesla Model 3 is followed by the Renault ZOE, Nissan LEAF, BMW i3 and VW e-Golf (according to InsideEVs). Overall plug-in sales are soaring in Europe - as EV-volumes.com reports, in the first half of 2019, the market grew by 34% compared to 2018. By the end of the year, plug-in vehicles are expected to account for 3.1% of the overall European light vehicle market. Tesla is by far the leading manufacturer - the VW Group is #5 and Jaguar Land Rover is #9.

Looking on the other side of the pond, the Audi and the Jag are small-time hoods at best. Since it went on sale in April, the e-tron has sold a respectable 2,513 units. The I-Pace has moved 1,522 over the last 7 months (again, thanks to InsideEVs). By all accounts, the two European brands have put less effort into selling their EVs here in the US. The Californians are in a different league - through July, Model S sold 8,200, Model X delivered 10,225 and Model 3 blew out 81,100.

Above: Exploring recent claims about the EV market in Europe by Bernstein analyst Toni Sacconaghi (YouTube: Ale's World of Stocks)

So far, the story that Tesla buyers are defecting to legacy brands appears to be just that: a story with few facts to support it. A recent article in Bloomberg points out that, compared to Tesla’s vehicles, the Jaguar and Audi electric crossovers “offer shorter range and less plentiful public charging infrastructure [and] lack the cool factor.”

“If a customer is choosing the I-Pace over the comparable Tesla, they are making the conscious decision: I don’t want the Tesla,” Ed Kim, an analyst at auto consulting firm AutoPacific, told Bloomberg. “You really have to be someone who doesn’t like Tesla, who doesn’t want the Tesla product, in order to go for this.”

Jaguar is trying to lure buyers away from Tesla by dangling a little cash: the company is offering Tesla owners a $3,000 discount on the I-Pace for a limited time. “This is all about capturing share of voice,” Jaguar’s Stuart Schorr told Bloomberg, adding that the EV market is still in its infancy, and it will take time to build sales.

As Elon Musk has said so many times, Tesla welcomes competition. If a rivalry narrative is what it takes to get analysts and journalists talking about electric cars, so be it. One thing is certain: it’s pressure from Tesla that has gotten the luxury brands to this point. No one disputes that the electric Audi and Jag are great cars - and more are on the way.

MotorTrend got a ride in a preproduction Porsche Taycan, and called it “the first electric car that will sorely test the loyalties of the Teslarati.” This spirited young horse, in which Porsche invested five years and a cool billion dollars, has a dual-motor powertrain with over 600 hp. MT’s Angus MacKenzie dared to call it “dynamically superior in every way” to Model S. Car buyers may need some convincing though — in a recent Autolist survey, consumers still prefer Model S to the Taycan citing Tesla's "robust charging infrastructure" among other key advantages.