A legal battle with the production supplier threatens the new urban electric quadricycle.

Last May, Micro-Mobility, the company behind the Microlino, surprised us with a warning of postponing of the first deliveries for its electric quadricycle, the Microlino. The company was very candid, or plain aggressive, in stating that their production partner did not meet their “quality standards, further development and production of the Microlino”. We found out that it was just the tip of the iceberg.

Micro-Mobility had an agreement back in 2016 with Tazzari and with one of its branches, TMI, for Tecno Meccanica Imola. The Italian company would help Micro-Mobility to develop and to produce the Microlino. But things changed last year. 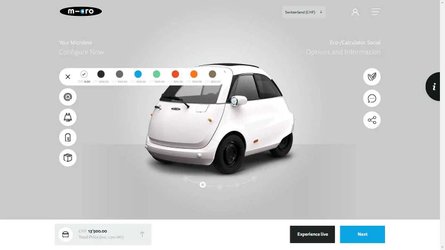 Check Out The Prices And Available Options For The Microlino 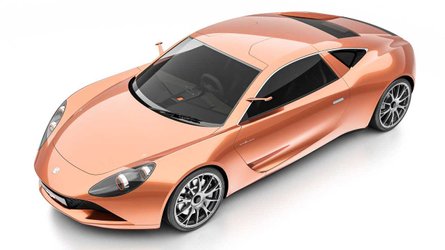 Artega Scalo Superelletra Is A 1,000-HP Electric Supercar That's Slower Than A Tesla

TMI was sold in November 2018 to Artega, a German company that tried to do a Porsche 911 competitor in 2007, the Artega GT. In 2009, supposedly after 43 units were delivered, Klaus Dieter Frers, Artega’s founder, was ousted of the company by his partner, Wolfgang Ziebarth, and Tresalia Capital, a Mexican enterprise. In 2012, Artega went bankrupt and was bought back by Frers.

At the time, the German entrepreneur accused his former partners of being responsible for the company going bust. People close to the story tell us otherwise: that only 8 pre-production units of the Artega GT had been delivered before Frers was ousted. And that series production only started 8 months after Ziebarth took over.

Ever since, Artega turned the Artega GT into the Artega Scalo, an electric version of the former ICE sports car. We searched for Scalo units for sale and found none. Artega also promised to produce the Scalo Superelletra, with only 50 units, back at the 2017 Geneva Motor Show. We asked about them to the company, but it declined to comment.

The fact is that Micro-Mobility did not have a change of control clause in its contract with TMI, so it could not oppose the sale. It had to make do with the change, even after feeling things would go sour.

“After the takeover, there were a lot of delays and misunderstandings. Not a single employee was kept, which caused a massive loss of valuable know-how. In just 3 weeks, Klaus Frers and Erik Tazzari ended up in a legal fight and we were struggling to push the development, which came to an abrupt halt,” Merlin Ouboter, CMO of Micro-Mobility, told InsideEVs.

“Klaus Frers claimed that the development was successfully completed and demanded the last payment from us. In our opinion, the Microlino was far away from being ready for end customers because it had many technical flaws that were seriously dangerous and so we delayed our payment until the development was finished. But it never really progressed.”

We have tried to get in touch with Erik Tazzari to understand the nature of his legal dispute with Frers, but got no response until the time of publishing. We will update this as soon as he gets in touch.

When we heard about TMI's sale to Artega, we visited the German company's website after more information on their cars and on TMI. And this is what we found.

Artega presents the Microlino as the Karolino and puts there a link for an interview with Artega's CEO. Not only that but also a form for people willing to buy the "Karolino".

Frers claims to have taken over “a number of pre-production vehicles from the Italian Tazzari Group” last year “and developed the vehicle to production maturity.” In the interview, he also claims the following:

“Artega has significantly developed the Microlino concept and offered the results to Micro-Mobility. Unfortunately, the Ouboter family does not want to make any financial contribution, so Artega alone can use these features so far. We continue to maintain our offer, although there is a need to talk about open accounts.”

“To say that most of the development was made by them is just ridiculous. We have been involved in the project for over 4 years whereas he jumped into the project at the end of last year. We have pre-financed the first 70 vehicles beginning of 2018 and have only received one of them up to now. He is still refusing to deliver us the remaining vehicles, which are probably already rebadged as Karolinos…”

The deal Micro-Mobility had with Tazzari was not of joint production, according to Ouboter. “We came to Tazzari with a first prototype and the final design of the Microlino. Together with Tazzari, we worked on getting the concept into a series-ready product without having to change it too much.” In other words, it was related to improvements, not to deep changes.

“The Karolino, on the other hand, is 99.9% a Microlino and those changes that Klaus Frers states (he had to do) in his interview are things that we gave as feedback on the prototypes,” said Ouboter. Frers claimed that he had to do more than 150 changes to the car after getting the project from TMI.

He also says the TMI contract with Micro-Mobility established it would be the exclusive Microlino producer for Europe, but that it did not establish exclusive distribution rights for Micro-Mobility. In his vision, that allows him to sell the same car under a different name. “So it's not about a copy, but about the same source product,” Frers said in the interview at his website.

Ouboter also disagrees with that. “After Artega GmbH announced that it will bring to market a one-on-one copy called Karolino, it became clear to us that this had been planned long before our argument started and we also know why development was so slow.”

Apparently, Artega’s move was to have the project by buying TMI. “Proof of that is that they already reserved the domain name Karolino.ch in November 2018, right before Artega bought TMI. Of course, they have absolutely no right to do this, which is why we, unfortunately, need to take legal action.”

Artega refused to answer if it is not afraid of being considered “a hostile company that bought Tazzari with the goal to take the Microlino project from Micro-Mobility”. The company just said it will present the Karolino at the 2019 Frankfurt Motor Show and that all details about it will be revealed a little before the event.

But we did not ask about the car. We asked about Artega’s seeming intention to take the project over and to sell it in the same markets Micro-Mobility elected as the first ones for Microlino. We also asked about an experience Artega claims to have on L7e cars since 2013. We have not heard of Artega selling quadricycles at any time and the company still did not provide evidence of that as well.

With such a situation, Micro-Mobility said it has no choice other than to sue Frers and Artega. “At the moment, we are working together with our lawyers to stop them as fast as possible, said Ouboter.

Micro-Mobility already considers other partner possibilities for the Microlino production. “We have different options for a Plan B for the production, all of them with more experience than Artega. The support from our community is great and now it is on us to bring the Microlino into the market as fast as possible.”

Ouboter says Micro-Mobility is not afraid of the competition as far as it is fair. “To be clear, we are fine with Artega developing their own independent electric car, but the situation we have here is just absurd. It is not only a copy but literarily a Microlino with a different logo that was made from the parts that we have paid for in advance!”

Artega is more than welcome to present its version of the facts, as we have already given it that possibility before publishing this article. In case it does, we’ll update it.

For the 15,000 people that already reserved their Microlino, the wait will probably take much more than expected. If parties do not reach a friendly agreement – which seems very unlikely at this point – their Microlino units will probably have to wait for Micro-Mobility to define who will produce them. Not Artega, for what it seems.

Gallery: Check The Prices And Available Options For The Microlino

16 Photos
By: Gustavo Henrique Ruffo
++
++
Got a tip for us? Email: tips@insideevs.com