The electrically-assisted bike-van is the future of inner-city deliveries.

As major cites continue to drive down their carbon footprint, Electric Assisted Vehicles Limited (EAV)  has unveiled a new cargo-carrying solution at the Oxford EV Summit.

The EAVan isn't actually a van, but rather a bike... and then some. The pedal-powered machine operates under the current regulations for eBikes, but had been 'engineered down from a van' to make it easier for traditional couriers to make the transition to this greener method. 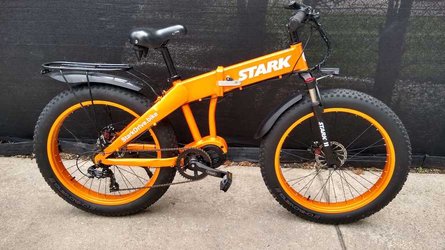 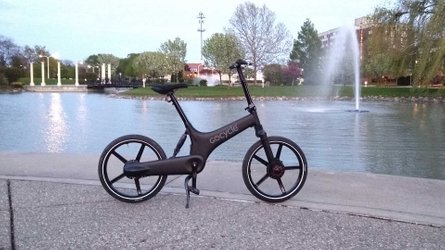 "We wanted the EAVan to be as usable as possible by anyone." said Adam Barmby, Technical Director and Founder of EAV. "Getting people out of vans and onto eCargo bikes isn’t easy if they think it’s going to be an awful experience. Being exposed to the elements or being low to traffic isn’t going to appeal to anyone. So, we started with the idea of the outer body of a light commercial van and we added the electric pedal-assist propulsion system."

The EAVan is capable of carrying up to 120 kg of cargo at an electrically-assisted speed of around 16 mph, with the amount of electrical assistance on offer being fully adjustable to the rider. It's built upon a unique patent-applied-for 'Cloudframe' chassis, which is fully modular and allows the vehicle to be adaptable for a number of different applications.

"We travel far more slowly than we think, especially in towns and cities." said Nigel Gordon- Stewart, Chairman and Executive Director of EAV. "If we can reduce the mass of traffic, both in terms of actual weight and sheer volume, as well as remove all toxic emissions using bio-mechanical EAVans and EAVehicles, we’d have a cleaner, safer and much more enjoyable environment in which to live and work. And there’s no impact on business efficiency using EAVans."

"They’re highly efficient so it’s mainly a culture change that’s needed and EAVans and EAVehicles are really fun to use and a much healthier solution for people as a whole."