Ex-Employee Tells What It's Really Like To Work For Tesla

He suspects 25 percent of employees may be there just to sabotage the company.

It must be difficult to be Tesla. Instead of dealing just with production and sales issues, it also has to deal with the so-called shorters. People that bet Tesla stocks will fail to turn a profit. They’re everywhere. Even in the media. This is why we at InsideEVs are not allowed to have stocks that involve what we cover. For the sake of credibility and, above all, because "Caesar's wife must be above suspicion". That ensures we can report things as they are, not as we wanted them to be. Such as this interview given by Tyson Park to Kim, from the Like Tesla YouTube channel.

Of all the things the former employee of the Solar, Delivery, and Customer Support department says – and he says many in the video above – perhaps the most relevant is his suspicion that a big part of the current employees is there just to sabotage the company. 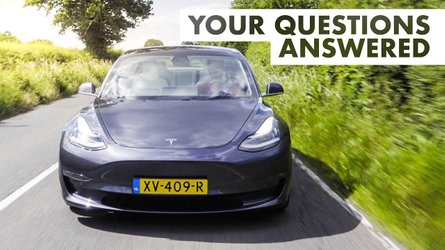 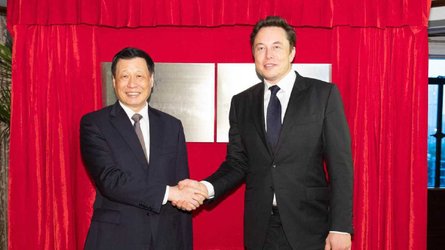 Park says he faced “very strange hiccups” at Delivery that could not be attributed to simple mistakes – or to plain stupidity. “It would not surprise me if there was about 25 percent infiltration from other companies, like Ford, Chevy… That is just there throwing monkey wrenches into it,” says the ex-employee.

Despite the possible sabotaging –are you there, shorters? –, Park seems to believe there are very wrong things going on at Tesla. In fact, his words make it sound just like any other automaker. Perhaps even worse, since he says it makes a profit by firing people and letting depleted teams to handle the work that was performed by a group that was about five times bigger.

Would Park be a shorter himself? For his words, we have reasons to believe he is not. He seems to love the company, to have joined it to be part of something bigger. He even claims to have helped fix some Tesla Model 3 units that came with interior door panels held in place with tape and nothing else.

“I was about eight hours ahead of delivering on my prepping and I like to complete things. I would list all the things that need to be fixed. It would go up to the next area, where they wash and wax the car and detail it. Part of the detailing would be, if there were missing clips, to get clips on there and put everything together. Basically, the factory was having us finish the process because they were trying to push cars out so fast.”

The whole interview is very interesting and we really advise you to watch it in full. Is Park a credible source? We have no idea. Is he trying to damage the company’s reputation? Being candid does not necessarily mean that.

It can be a way to make the company stronger by addressing what currently makes it weak. It may not be the best method, but, if what Park tells us is true, it is welcome. People that love the company cannot turn the blind eye on what is wrong with it.

The people that hate it – or that would just want it to go down to get rich in the process – do not even deserve any words. Because Tesla has employees that believe and depend on it. People that make a living and feed their families with their work there.

Trying to make money out of their misery is something that should embarrass anyone with something called “conscience”. Even if you just pretend to have one.

Gallery: Ex-Employee Tells What It's Really Like to Work For Tesla

2 Photos
By: Gustavo Henrique Ruffo
++
Got a tip for us? Email: tips@insideevs.com