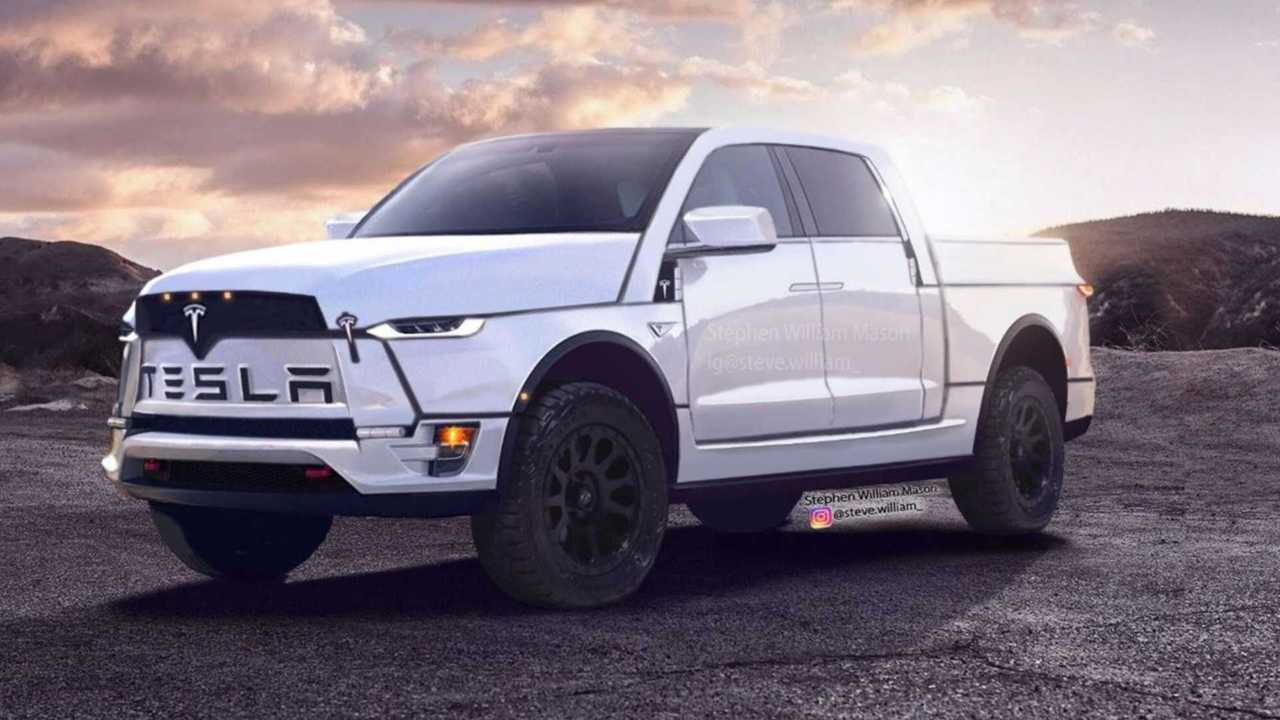 It's gonna be magical, but its appearance might be polarizing rather than conventional.

The magic will take some fine-tuning and a bit more time though.

The highly anticipated reveal of the Tesla truck is now just around the corner and there's gonna be some magical elements to this electric pickup truck.

The Tesla truck, which CEO Elon Musk says will outperform the Ram and Ford F-150, still has yet to be revealed. But Musk now says that its debut is expected in "maybe 2 to 3 months."

We're a bit skeptical in regards to this timeline, since Musk often promises a reveal, yet the automaker can't quite keep to the tight schedule. We're certain the Tesla truck will wow the world, but will that happen in 3 months or less? We just don't know at this point in time.

Here's what we do know of the Tesla truck. A Bladerunner-like, sci-fi appearance is expected based on a teaser from Musk, which was turned into a render too:

Beyond that, some suggested specs include mainly info from Musk tweets:

Seems like the rear gate should rotate on a four bar linkage & drop down to the ground or close. Kinda like some big trucks have.

And of course it will "parallel park automatically & have 360-degree cameras & sonar," says Musk.

It was way back in July of 2016, in Tesla’s Master Plan Part Deux, when Tesla first officially mentioned the electric pickup. Still, not much in the way of concrete information has been made available as of yet, but here's what Tesla started way back then:

“Today, Tesla addresses two relatively small segments of premium sedans and SUVs. With the Model 3, a future compact SUV and a new kind of pickup truck, we plan to address most of the consumer market.”

That new kind of pickup should see the light of day in the very near future.