Why Is Ari Vatanen Involved With This Retro Electric Quadricycle?

The former WRC champion helps Devinci Cars present its DB 718. But why?

WRC automatically brings to mind extremely skilled drivers with little or no fear at all. Driving at insanely high speeds in places where you’d normally drive like an unskilled grandma. Out of pure fear. So what is Ari Vatanen doing with the French company Devinci Cars and the DB 718, presented as a retro electric voiture?

You most probably already know Vatanen. He won the 1981 WRC Title driving a Ford Escort RS1800. Ever since he became a politician and even tried to be president of FIA when Jean Todt won the elections for the first time, in 2009. 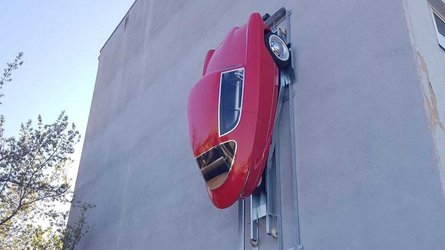 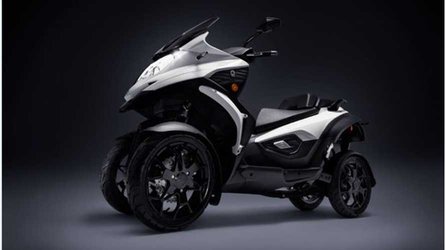 Vatanen lives in France since 1993, where he owns a farm and a winery. This is probably one of the reasons for being the ambassador of Devinci. But you will certainly also find it strange after getting to know the company a little better.

Even considering the car weighs just 500 kg, we knew our readers would scratch their heads on why not using a larger engine. But wait until you hear about the battery pack. It offers 23 kWh, good for a 112 mi (180 km) range and a top speed of 68 mph (110 km/h).

Devinci produced another model before the DB 718. It was the D417. Devinci claims to have sold 30 units of it. Apart from the headlights, it looks just like the DB 718, as you can see in the video below.

For nostalgic people willing to have an electric car, the DB 718 would probably be an interesting option. As always, depending on the price. And the cheapest derivative – called Brigitte – is offered for € 53,500. Or almost US$ 60,000.

The Brigitte is limited to 50 units and the company informs only 19 are still available. The top of the line is the Adèle, at € 99,900. Or more than US$ 110,000. The only difference from the Adèle to the Brigitte relates to finishing. Power, battery pack, and appearance are the same.

We have tried to contact Devinci for more pictures and answers but got only the last. And only one.

According to Céline Roy, secretary of Jean-Philippe Dayraut, Devinci’s founder, the engine is just perfect for aL7e-a2 homologation process. The same used for a large quadricycle in France. Or, as they call them, a sans permis. A car that can be driven without a driver’s license only in the city.

Dayraut is also a professional race driver and the owner of Mitjet Motorsport, a race car factory. And he produces and sells a US$-110,000, 20-hp, 68-mph, 112-mi-range electric car that can’t be driven on roads.

Why is Vatanen its ambassador? Why did Dayraut decide to make it a sans permis car? Why is it so expensive? More than anything, why would anyone buy it? You may be able to explain that in the comments. Or to wonder indefinitely just like us.

Gallery: Why Is Ari Vatanen Involved With This Retro Electric Quadricycle?

8 Photos
By: Gustavo Henrique Ruffo
++
++
Got a tip for us? Email: tips@insideevs.com