If you had the chance to read our latest article on the Nobe 100, you must have seen there were lots of unanswered questions left. And they were not good for the business, so we contacted Roman Muljar, one of Nobe's founder, to get the explanations that were missing. And there are lots of them. 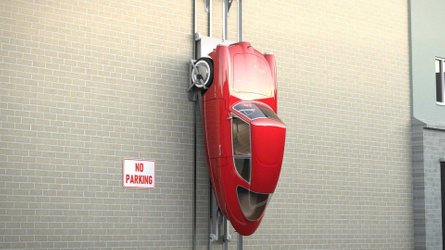 Nobe 100 EV Is Literally Climbing The Walls For Support 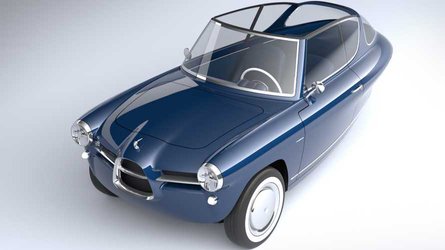 Muljar told us how it works. “It is a special aluminum rig that has a triangular shape. It is hoisted up by the winch on the wall.” The system holds the Nobe 100 in the vertical position with the help of rails and costs € 4,700, or around US$ 5,300.

Nobe's current crowdfunding campaign has a single goal. “We intend to homologate the Nobe 100 (with the US$ 100,000) and to do a series of tests so we can be road legal globally. Homologation s done by an outsourced engineering company,” said Nobe’s founder.

Motor Trend said they would make another crowdfunding campaign on Kickstarter in April, but they had to change plans. “You have to be American to be on Kickstarter, so we are currently on IndieGoGo.”

Regarding the hood ornament, Muljar did not tell us who inspired it, but he clarified what its name was. “It is called Foxey Lady and it is also on our logo,” the executive told us. Will she charm enough consumers to buy the carbon fiber and upgradable EV trike? Plans are to start producing and selling them in the second half of 2020.

10 Photos
Photo by: Jacob Oliva
By: Gustavo Henrique Ruffo
++
++
Got a tip for us? Email: tips@insideevs.com