Extensive Testing: Do Tesla V3 Superchargers Live Up To Claims? 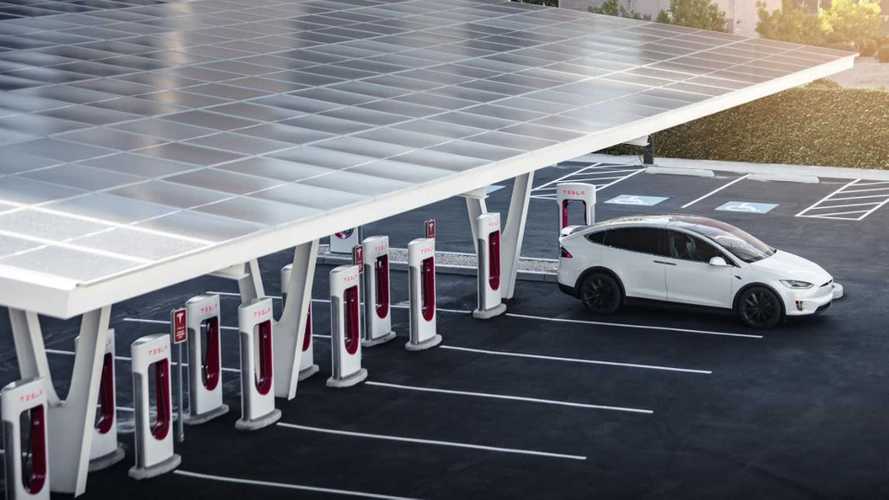 Plenty of promises, but do they really meet specs?

Now that Tesla has started to bring its all-new V3 Superchargers online, we'll begin to learn more about them. More specifically, owners will provide insight on forums, and articles and videos will continue to surface showing the fast-chargers' real-world capabilities.

According to Tesla, V3 Supercharger technology is capable of delivering 250 kW of power. This means you can add up to 180 miles of range to a Model 3 Long Range in just 15 minutes. Of course, there are always some variables, but based on the information provided by the automaker, owners should see numbers somewhere close to the promised specs.

We've already seen and shared other tests, as well as published our own analysis of the numbers. Based on our math, a Model 3 Long Range could gain over 15 miles per minute. The speed decreases to below 10 miles per minute at around a 45-percent SOC. This suggests that in just 10 minutes of charging you could gain some 100-150 miles of range.

This time, we look to Motor Trend for its recent and very extensive test of the V3 Superchargers. The publication shares that it reached out to Tesla to get ahold of a Model 3 Long Range AWD to research more specifics on the situation, since numbers are shown with conditions like "average" or "up to."

Of course, these conditions make perfect sense due to the variables involved, but it's still important to reach out and then provide some real-world analysis. Interestingly, MT learned that the upgraded fast-charging tech is still in "beta" mode, so it's likely not to the level that it will be in the future.

Based on MT's extensive tests, it reports:

"At first, things looked great. Indicated charging power zoomed up to 254 kW before it stabilized at 250 kW. Estimated charging time was 55 minutes. Less than 30 seconds later, though, with the battery juiced up to 16 percent, the charging rate started falling. Within minutes, it was down to 150 kW, then 130 kW, which it held until the battery reached 55 percent. From there, the charging rate slowly declined as the battery charge increased. 90 percent state of charge was reached in 41 minutes, and we eventually gave up on trying to get to 100 percent as charging time crested an hour and 15 minutes."

Overall, based on other reports from MT staff, V3 Supercharger tech is currently faster than V2 tech, though not yet twice as fast. For much more thorough analysis, follow the source link below.

Also, let us know if you've used a V3 Supercharger yet. If so, we'd love to know specifics. Share it with us and our readers in the comment section below.