TeslaCam Captures The Sudden Fury And Destruction Of Dallas Storm

Thankfully the owner and his Tesla rode out the storm safely.

Last year Tesla made the Model S, Model X and Model 3 front cameras available for owners to use as built in dash cams. Since that time, the automaker has expanded the feature to include the side cameras as well. We have seen a remarkable variety of incidents showcasing reckless driving, road rage, and even vandalism.

But this video captured in Dallas, TX is different. This time Mother Nature is the one putting drivers in danger. 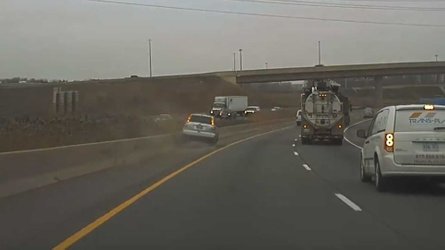 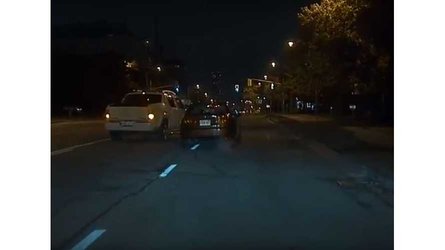 On Sunday, June 9th, a massive storm blew suddenly into the Dallas-Fort Worth area and brought with it power outages, flooded homes, roof damage and cracked trees. Estimates following the storm put the rapidly shifting wind speeds at 80 to 90 mph in some areas. Winds were strong enough to topple a construction crane onto an apartment complex, resulting in multiple injuries and one tragic fatality. Street lights at many major intersections were down for days.

As a resident of Dallas county myself, I was lucky. I was also caught in the storm driving back from a grocery trip. When I left home, it looked like it might rain and was slightly overcast but the sun was still peeking through. When I left the store, the sky had grown dark and it began to drizzle. In an instant I was stuck driving through a solid sheet of rain, flooded streets, and downed trees.

Unfortunately, my Bolt EV does not have a built in dash cam to share and I was not about to whip out my phone.

But one Tesla owner in the Dallas area captured the full scene on his TeslaCam. He posted the video on his YouTube channel wood2486 and it really showcases the amazing and frightening power of nature. It might not start off looking like much. But the video really demonstrates the rapid escalation of the storm.

Be sure to check out the video and the other storm videos he has posted on his YouTube page linked below.

For all three cameras: https://youtu.be/_GhnOOOk5OI