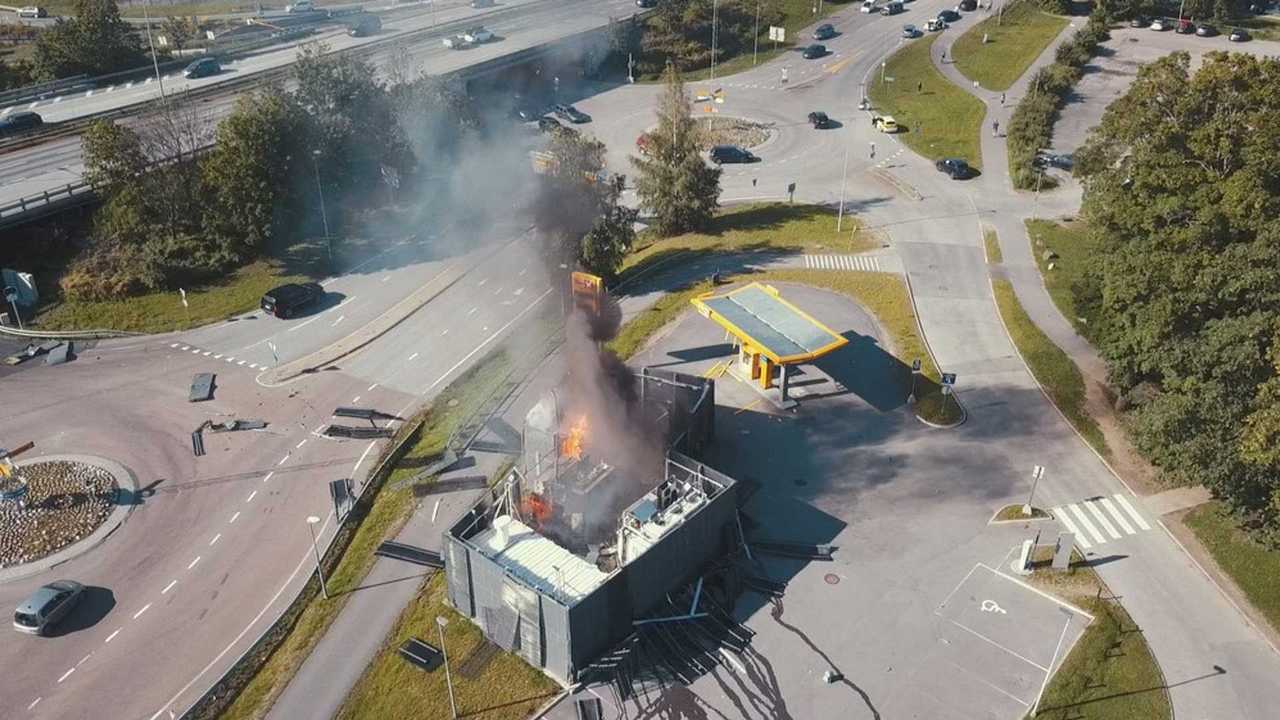 Blast was so big it set off airbags in nearby cars.

A hydrogen refueling station exploded and stood in flames yesterday in Sandvika, Norway, which could make June 10, 2019 the day when the perception about hydrogen stations and hydrogen fuel cell cars, in general, will forever change.

According to reports from the Uno-X station, the explosion was huge. It triggered airbags in nearby cars and caused the necessity to close off the busy E18 and E16 intersection. A safety zone of 500 meters was recommended by the fire service.

The good news is that there are no reports about direct injuries, but some reports say two people were sent to the emergency room because of injuries sustained from airbags in their cars.

"“It is probably a tank that has exploded at the hydrogen station next to the police station at Kjorbo,” The Fire Services tells the local newspaper Budstikka."

"“E18 near the site is closed in both directions due to the danger of explosion. The E16 at the Bjornegarden tunnel in Barum is closed for the same reason,” The Road Traffic Central tweets Tweets."

The situation started to normalize at 22 o'clock:

"E18 is now open again and the fire service will have good control of the fire, they write on Twitter at 22 o'clock."

The cause of the explosion is not yet known as it needs to be investigated.

Because of that, Uno-X closed its two other stations with hydrogen in Norway, while carmakers - Toyota and Hyundai - temporarily stopped sales of FCVs (well, only a few per month were usually sold anyway). Owners of FCVs are expected to get loaner cars.

Taking into consideration how few hydrogen refueling stations are installed around the world, with this explosion, the average number of explosions per station will probably be orders of magnitude higher than for any other fuel. Not a good thing if you intend to promote FCVs.

We were often criticizing hydrogen fuel cell cars as a poor alternative for all-electric, because of low energy efficiency, high cost and lack of refueling infrastructure. As the charging times decreased in new BEVs thanks to ultra-fast chargers and the range on a single charge increased, it seemed that FCVs will never have a chance to take off. Any issues with safety (especially if repeated) only adds to the challenge.