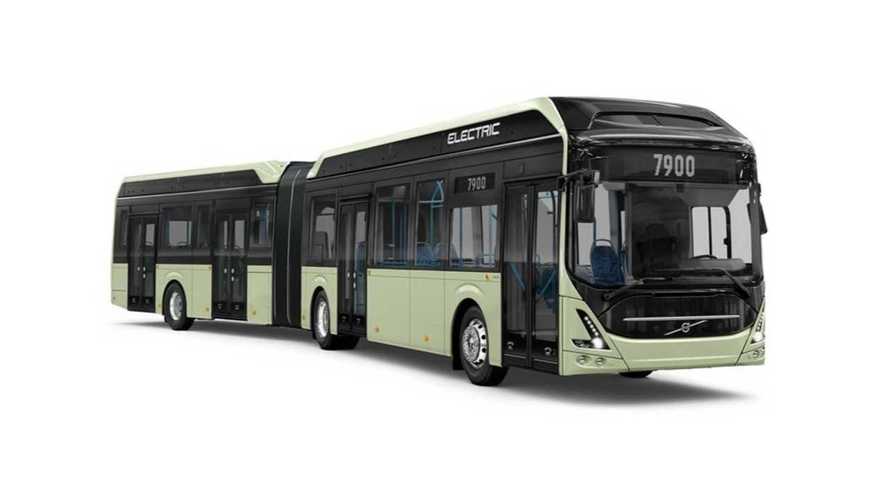 It will be unveiled at the Busworld exhibition in Brussels in October and introduced on the market in autumn 2019 in two versions: 18 and 18.7 meters long. Maximum passenger capacity is 150.

"The Volvo 7900 Electric Articulated in commercial configuration will be available in a choice of two lengths – 18 and 18.7 metres – and it is designed to meet high demands on capacity, comfort and traffic information, while at the same time offering efficient passenger flow. The batteries will be charged both via fast-charge stations at either end of the route, and via overnight charging at the depot using CCS. The Volvo 7900 Electric Articulated will be unveiled to the public at the Busworld exhibition in Brussels in October."

The production version is based on the two prototypes tested since 2018 in Gothenburg, Sweden.

"The new articulated bus is based on the prototypes that since June 2018 have been running in test operations on the high-frequency route 16 in Gothenburg, Sweden. The two concept buses have thus far run for 4,500 hours and covered more than 62,000 kilometres, with excellent uptime."

The Swedish manufacturer didn't yet reveal battery capacity or range of the articulated version.

“The transition to sustainable public transport is taking place in cities all over the world. With silent, zero emission electric buses equipped with advanced safety systems, we can assist cities in solving the problems with emissions, noise, congestion and traffic accidents to become what we call Zero Cities. In this context our new high capacity electric articulated bus a very important tool,” said Håkan Agnevall.