Ford Territory EV will be the first all-electric model offered by Ford in China. The compact crossover/SUV is promised to enter the market in the second half of 2019, under the Ford China 2.0 plan.

The car was developed jointly with Jiangling Motors and seems to be a derivative of the conventional Yusheng S330 model.

New Ford Territory Will Be Available In PHEV Version In China 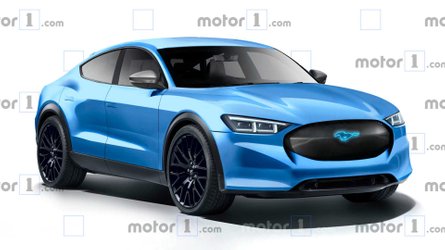 Interestingly, Ford mentioned that it intends to provide the BEVs with an unlimited charging plan in major cities in China.

The Ford Territory will be available as a plug-in hybrid, fuel-efficient gasoline engine and 48V mild hybrid too.

4 Photos
By: Mark Kane
++
Got a tip for us? Email: tips@insideevs.com