It's the color-changing electric SUV.

See the popular Rivian R1S electric SUV change colors as it rolls on by in this new video displaying various hues on the electric SUV.

After debuting its electric pickup truck, the R1T, Rivian, just a day later, unleashed this equally impressive battery-powered SUV on the world. 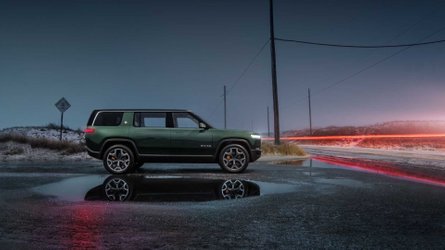 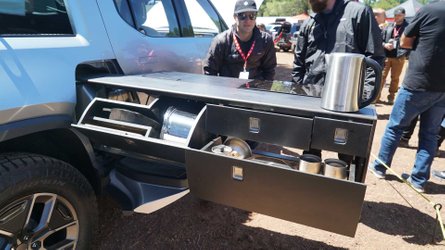 Rivian R1T Pull-Out Kitchen Is Real, Will Be Optional

Offered in 5- or 7-passenger configurations, the R1S, like its truck sibling, comes with three battery pack choices:

Though the electric pickup truck may be in the spotlight more often than the R1S SUV, we'd argue that both are equally impressive. Electric range for the R1S is even more impressive than the R1T truck though. The biggest pack offers 410-plus miles of range, while even the smallest pack is supposedly capable of delivering over 240 miles of electric driving bliss.

Up until now, the only official color seen on the R1S is some sort of deep green. However, as you'll see in this video, the R1S looks striking (and at times gaudy) in some other hues. Which color is your favorite? Let us know in comments below.