Unlike most cars, Tesla's vehicles improve over time.

Teslas are the first (and so far, the only) cars that constantly improve themselves. Every time you get in your Tesla, there could be a pleasant surprise in store. What new useful (or whimsical) feature have Elon and his merry pranksters come up with this week? 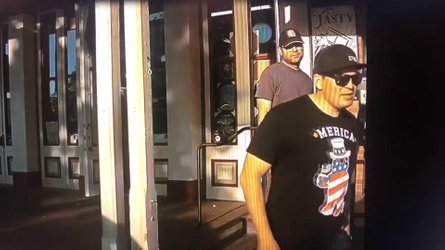 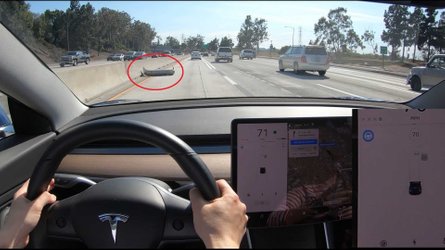 “It’s just great to be able to have a car that’s four years old, as mine is now, and have all the features of a new car,” Elaine Borseth, a Model S owner and Vice President of the Electric Vehicle Association of San Diego, told USA Today. “You get a notification. You go out to your car and you have new features.”

A recent article in USA Today lists some (but by no means all) of the features that Tesla has added to its vehicles via over-the-air updates. Some of them are practical capabilities that no vehicle has ever had before. Sentry Mode, which Tesla started rolling out in 2019, records video whenever someone gets close to the vehicle. As a growing number of user videos attest, Sentry Mode has already foiled several attempted robberies, and brought some hit-and-run vandals to justice.

Dog Mode, also launched in 2019, is another useful feature - it keeps the passenger cabin at a comfortable temperature for pets, so humans can get errands done without having to bring Bowser or Buffy along. It also displays the internal temperature and a message saying, “My owner will be back soon. Don’t worry!” so you don’t have to worry about Good Samaritans smashing your windows.

Other handy features that have recently appeared: Enhanced Summon, which might allow you to park in an extra-narrow space, or avoid getting rained on (we expect to see all kinds of other uses for this one popping up on YouTube soon); Stop Light Warning, which cautions you if you’re about to blow through a red light (although it doesn’t apply the brakes); and Valet Mode, which hides personal data from the touchscreen, locks the frunk and glove compartment, and limits maximum speed.

Tesla has also steadily improved the performance of its vehicles via remote updates. The famous ludicrous mode, which makes Model S the fastest-accelerating production sedan every built, was delivered over the air, as was Track Mode, which turns the Model 3 Performance model into a drift car. And for those who may not be comfortable with the ever-increasing speed and acceleration, there’s Chill Mode, which Tesla says is “ideal for smoother driving and a gentler ride for your passengers.”

Above: A look at how software updates work on a Tesla (Youtube: Lexi Heft)

Features like this add functionality and fun, and alleviate some of the little problems of car ownership, but as handy as they are, there are other updates that promise to be nothing less than revolutionary. The features that come under the heading of Autopilot are leading us toward a complete redefinition of our relationship with cars - which will mean a radical rearrangement of human society.

The Navigate on Autopilot feature, which Tesla demonstrated at the recent Autonomy Investor Day, allows a vehicle to drive itself on the highway, from on-ramp to off-ramp. Autopilot-equipped Teslas could already change lanes on their own, but the driver had to initiate the lane change using the turn signal stalk. Now drivers have the option of letting the car make lane changes on its own. It’s one more step toward the goal of fully autonomous driving, which Musk is now promising by the end of this year.

The next step will be the Tesla Network, a fleet of self-driving “robotaxis” that can earn revenue for Tesla owners when they aren’t driving their vehicles. When and if Tesla gets this up and running, it will transform the company, giving it a major new revenue source and putting it firmly in the lead of the developing Transportation as a Service (TaaS) market. And that will be just the beginning.

Saving the world is important, but as Elon Musk says, “Life’s got to be about more than solving problems.” Tesla vehicles are the first cars to be endowed with their own puckish sense of humor. To confirm that you really want to select Launch Mode, you must choose between “Yes, bring it on!” and “No, I want my mommy!” There’s a steady stream of fun features, games and Easter eggs, many of them referencing bits of pop culture familiar to those of us who are in Elon’s age group.

There’s the Back to the Future update for the Tesla mobile app, which lets you turn your Model X into a time-traveling DeLorean; TeslATARI, which lets you play cheesy 1980s video games on your vehicle’s touchscreen; and of course, Emissions Testing Mode, which is designed not to cheat emissions testing devices but to get laughs from kids of all ages with a variety of farty sound effects.

For the holidays, there’s Santa Mode, which makes your turn signals sound like jingling sleigh bells, and Romance Mode, which displays a video of a fire crackling in the hearth.